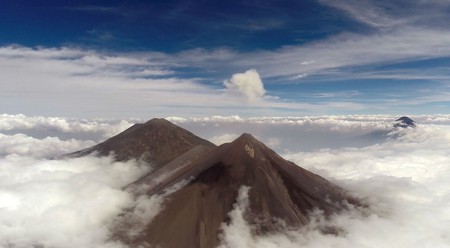 Volcán de Fuego (near with plume) | Courtesy of University of Bristol

The challenges of studying erupting volcanoes are fairly obvious. The lava, the ash, and the clouds all make it difficult to get too close. But a team of volcanologists and engineers from the Universities of Cambridge and Bristol have found a solution – drones.

The team used drones during a 10-day trip to Guatemala to gather a whole host of data from Volcán de Fuego and Volcán de Pacaya. Volcán de Fuego erupts every three to four weeks, and the plumes of gas and ash in the atmosphere are a threat to the lives of the 60,000 people living in the region.

Measurements were collected from directly within volcanic clouds, as sensors on the drones secured temperature, humidity, and thermal data.

The drones were also able capture images of multiple eruptions in real-time. Footage taken from the drones can be viewed in the video below.

Lack of close access to the summits of the volcanos has previously limited gas measurements, but the team, backed by funding from the Cabot Institute, were able to develop the technology needed to carry out the research from the skies. The drones were flown at distances of up to 8km away and over 3km above the launch site. 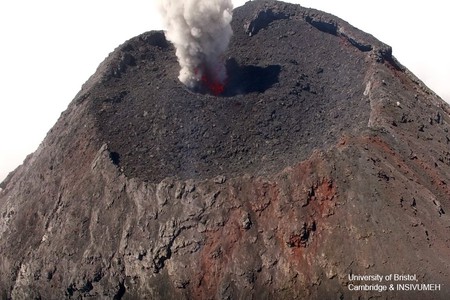 Summit of the volcano | Courtesy of University of Bristol

“Drones offer an invaluable solution to the challenges of in-situ sampling and routine monitoring of volcanic emissions, particularly those where the near-vent region is prohibitively hazardous or inaccessible,” Dr. Emma Liu, a volcanologist from the Department of Earth Sciences at Cambridge, said.

“These sensors not only help to understand emissions from volcanoes, they could also be used in the future to help alert local communities of impending eruptions – particularly if the flights can be automated.”

The group now plans to return to Guatemala later this year with a wider range of sensors, including a gas analyzer, ash sampling technology, thermal cameras, and atmospheric sensors. 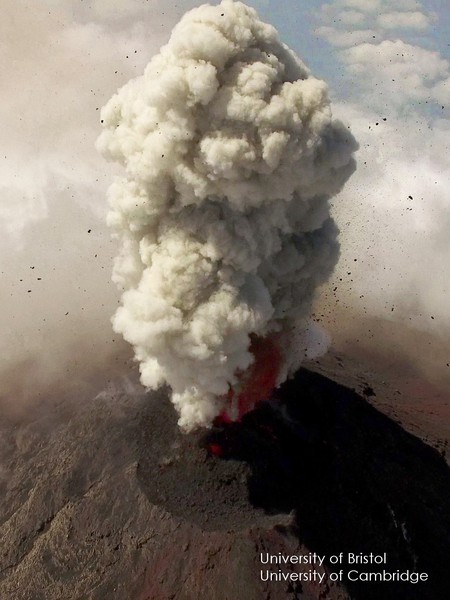 Volcano plume | Courtesy of Bristol University
Give us feedback