The violent landscape of Guatemala in recent decades has given birth to a generation of artists whose work reflects upon the effects of civil war and subsequent gang violence in the country. Through such media as painting, performance, video and photography, their works are at once intimate, confrontational and shocking, illustrating these artists’ own proximity to this turbulent reality. 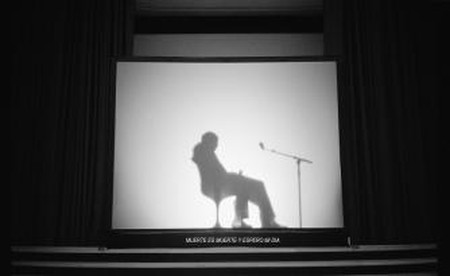 Following the civil wars of the 1980’s and the ruthless gang violence of the 1990’s, a generation of young Guatemalans emerged from the ashes of their burnt nation to re-create their own past and re-examine their current situation. They were confronted by unanswered questions about identity, power, corruption, violence, sexual and racial discrimination, and drastic economic inequality. While most of these young artists started working with traditional mediums, such as painting or drawing, they quickly transitioned to more contemporary methods, such as performance art, video, and photography. These latter mediums seemed more effective and proved to be much more confrontational and effective in relation to the difficult, urgent questions they intended to pose. To illustrate this tension with older mediums, Jorge de León, a former gang-member turned artist, acerbically commentated on his plans to use a graphic tabloid photograph (apparently one of his favorite sources of inspiration) of a murdered clown for a painting. This perhaps summarises this generation of Guatemalan’s work in relation to traditional art.

While most of them have a lengthy career as artists, it was not until the beginning of the new millennium, when they were in their mid-thirties, (not coincidentally, after the Western powers had established the ‘Millenium Goals’) that many of these young creators were making their mark on the international art scene, garnering prestige, accolades, and critical attention for their boldness and aesthetic intelligence. Aníbal López, for instance, one of the prominent figures of this new generation, began his career by painting expressionist, figurative paintings. López goes by the pseudonym A-1 53167, which is taken from his Guatemalan identity card number; a trope intended as an ironic comment against the state’s claims on identity and individual control. While operating as part performance artist, part guerilla activist, A-1 53167 has staged confrontational acts. Once he robbed a person, in a piece called The Loan, to fund an exhibition called ‘Contexto’, (which is translated as ‘context’) that, in effect, enables the artist to pose questions about the nature of art in relation to its means of production and the claims of the artist as equivalent to art, that recall Marcel Duchamp’s exhibition of a urinal as a sculpture. ‘Contexto’, however, addresses issues of violence particular to the Guatemalan country, the ease with which one can assault someone, as well as the complicity of the audience in the creation of a work of art. While morally questionable, it is these guerilla tactics (largely adopted from the 1960’s conceptual art scene) that really help emphasize the country’s crisis, and pose the ultimate question: Can art change the world? 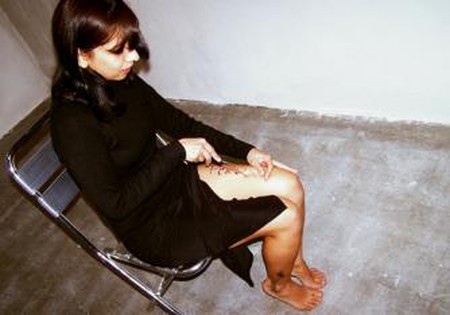 For the prestigious Documenta 13 exhibition held in Kassel, Germany, in 2012, A-1 53167 hired a ‘sicario’, a contract killer from Guatemala to the exhibition premises, in order to give an interview/introduction to the life of a contract killer. The speaker remained anonymous for obvious reasons (remaining behind a veil), but stated his line of work, what it consisted of, and the events that would lead him to his present situation. The public was able to ask questions directly to him, and the effect is extremely disturbing, if somewhat contrived. While the work itself has a moralistic tone to it, and perhaps a sense of morbidity, the questions are nevertheless answered ruthlessly. When asked about ‘jobs’, the responses often had a quite graphic detailing. When asked if he enjoyed his work, he commented: ‘Work is work, but my heart is not into it’. In terms of moral judgment, the killer claims that killing someone for the military is the equivalent of killing for a private contractor; both are mercenaries. In essence, A-153167 asserts that one of the major problems of Guatemala is that social inequalities breed violence and generate the absence of a moral barometer.

Sexual discrimination and machismo culture are also regarded as a highly problematic issue in Guatemala. Regina Galindo embraces performance art as a ritual to address issues of sexual, inequality and gender. Her work is often classified as ‘body art’, closely linked with the work of artist Ana Mendieta, a Cuban American highly regarded as one of the pioneers of feminist body art. Galindo, however, is ever more ruthless in her confrontation of sexual issues. In a piece of 2005 entitled Perra (Bitch) the artist carved the five-letter word onto her leg with a knife. While the allusions to female degradation and debasement are painfully evident, a sense of self-martyrdom also clothes her work. While these questions are asked often, they are never essentially confronted for their personal, physical reality. The marks and the blood in Galindo’s work are real, and not part of a system of signs to be deciphered. She offers up her body as the theater for re-creating history as a fulcrum; it is the stage, the players, and the story. Her work is physical as a painting, drawing, or sculpture rarely could be. 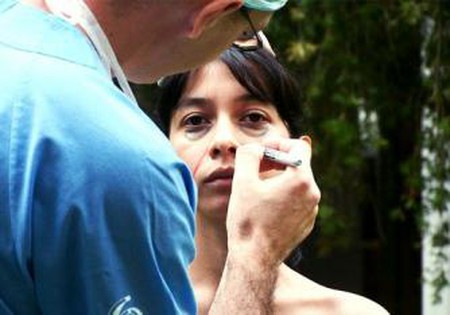 Her work is a challenge, a debate between the dichotomy of art as protest, as witnessed by her work Who Can Erase the Footmarks from 2003, which saw her walking barefoot while dipping her feet in a basin full of blood – a reaction to U.S. backed dictator José Efraín Ríos Montt – and the masochistic, almost solipsistic nature of her work. Who can endure such mental and emotional stress, as when she locked herself in a concrete closet and whipped herself once for every murder of Guatemalan women that year? Her work does not fall into a simple crevice, true of most important art, because she is aware that while the bodily metaphors may represent the world at large, in reality they are also a very personal, almost introverted journey into her own psyche. When asked about her highly polemic work Hymenoplasty, in which she had her hymen reconstructed – a feat that would later land her in the hospital – she responded quite frankly, that ‘I suppose that – like everything I do – this was done for me.’ Far from being a self-indulgent shock trooper, her work actually balances the social with the personal, as evidenced by her work of 2005, Cutting Along the Lines, where a plastic surgeon marked all the ‘imperfections’ on her body that would – hypothetically – create a more beautiful version of her. While obviously criticising the cult of superficial beauty, especially in countries such as Venezuela, where female plastic surgery is the norm, Galindo is also creating a sense of belief in the body, her individual body, as a sacred vehicle for creating art. Galindo’s art hearkens to a time when faith was more important than beauty and belief more powerful than knowledge.

Already well advanced into their mid-careers, these young Guatemalans have, through unconventional means, literally cut themselves a niche in the avant-garde theatre of body and performance art. While political in nature, the artists’ use of the body and theater recalls a return to realism, to naturalism as in the work of Emile Zola, and their work has become an important milestone in the aesthetics of Latin American art. What remains unchanged however, is the reception of their work in their own countries, which cannot boast of having large art audiences or an art market. So while their work may be internationally lauded, their effect on their country remains marginalised. Choosing to live within the boundaries of Guatemala City, it has been difficult for the country, with its growing social inequality, to foster a cultured, intellectual art scene. Remaining consistent with their proposals, they remain present in the troubled Guatemalan Capital, as perhaps the sincerest avant-garde movement the country has ever seen.