The Best Beers to Try in Guatemala 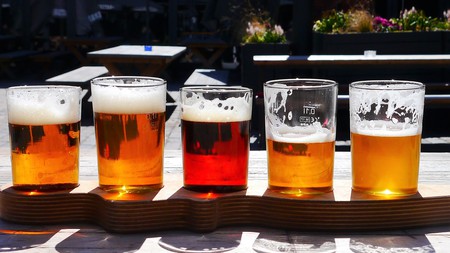 Guatemala has been subject to massive competition between two major brewers, driving down prices for mass market beer. The country is also home to a number of microbreweries. Here are some of the best beers to try.

Found in the colonial town of Antigua, this microbrewery brings together Guatemalan and expat beer experts who work together on small batches. You’ll find them on the same street as the famous arch in the center of town.

This dark beer is made by the Cerveceria Centro Americana, Guatemala’s national brewery and the company behind the ubiquitous Gallo lager. Moza is more interesting than the standard Gallo, with a hint of chocolate and coffee.

This microbrewery operates out of small premises in the trendy Zone 4 district of Guatemala City. The beers are also available at a number of bars and restaurants across the city, so watch out for the name.

Another from the national brewery is Cabro, brewed in the northern city of Quetzaltenango. It uses the same recipe as Gallo, but the water gives it a stronger and more complex taste. If you find it on tap make sure you try some, as it’s even better than the bottled version.

Thanks to an enterprising North American living in Antigua Guatemala, Brooklyn beers are found in multiple locations across Guatemala. Centered around Antigua and Guatemala City, you’ll often find the lager and IPA for sale. 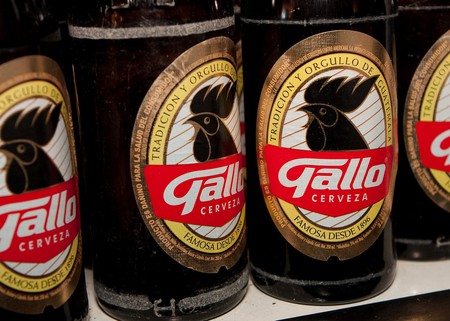 The most famous Guatemalan beer, you’ll see this lager absolutely everywhere. It’s immediately recognizable thanks to the white and silver can emblazoned with a black cockerel, or gallo. Craft beer fans won’t find anything to shout about with this relatively bland brew, but there is sometimes little alternative in the interior of the country.

If you find yourself somewhere that only serves beers from the AmBev brewery, stick to Brahva Extra. It’s a lot better than the standard Brahva thanks to its higher alcohol percentage. At 5%, it’s nothing too strong but it has a more complex flavour than the watery Brahva.