A Brief History Of Guatemalan Chocolate 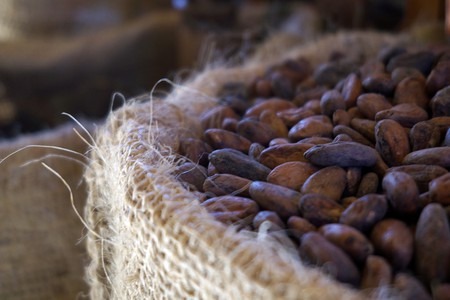 For travelers with a sweet tooth, Antigua Guatemala has much to offer. With artisan chocolate shops on every corner, chocolate-themed cafés and even a Choco Museum, the rich aroma of cocoa drifts along the cobbled streets and narrow alleys of this colonial town. Guatemala is touted as the birthplace of chocolate, and there’s nowhere better than Antigua to discover the story behind the cacao bean and its importance in Mayan history.

Food of the gods

Though cacao was used by the ancient Olmecs in Mexico, it was the Guatemalan Maya who first documented their use of it, and with them that cacao became an indispensable commodity. The word cacao comes from the Mayan “Ka’kau,” and chocolate stems from the Mayan “Chocol’haa.” Mayan mythology states that cacao was given to humans as a gift from the hero Hunahpu, and it was first consumed here as a drink. 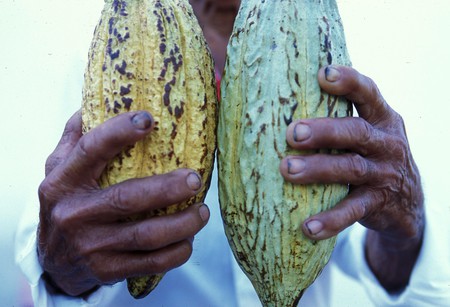 It was enjoyed by only the most noble and elite Maya, and intricate vases filled with cacao have been discovered in Mayan royal tombs from 450BC. Cacao played an important part in many Mayan ceremonies, but it also had one other function in Guatemala: that of a currency. Cacao beans were frequently used in transactions, and when the colonialists arrived they were struck by the importance the Maya placed on the beans—which they took to be a new variety of almond.

Christopher Columbus’ son, Ferdinand, documented this when he wrote: “They seemed to hold these almonds at a great price; for when they were brought on board the ship together with their goods, I observed that when any of these almonds fell, they all stooped to pick it up, as if an eye had fallen.” 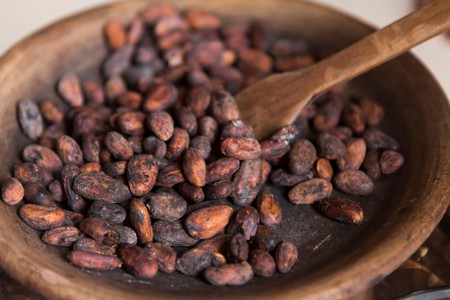 From bean to bar

It is no exaggeration to say the Mayans revered cacao, which they believed (rightly) had a multitude of health benefits. They used a stone to grind the cacao beans down, added cornmeal and chilli, and then mixed the fermented cacao pulp with water to make a health-boosting drink. Cacao was also used as an aphrodisiac, with the Mayan leader Moctezuma said to have consumed vast quantities to enhance his sexual appetite.

While Guatemala was once one of the world’s top producers of cacao, the economic benefits of growing it were not as significant as coffee or sugar cane, and over the years the industry waned. More recently, however, there has been a Guatemalan chocolate boom, and the country has nearly 9,200 cacao farms that produce around 10,500 tons of chocolate each year. The main variety of cacao used is criollo—the oldest known variety and also the rarest—which has a sweet aroma and a light, well-rounded taste. 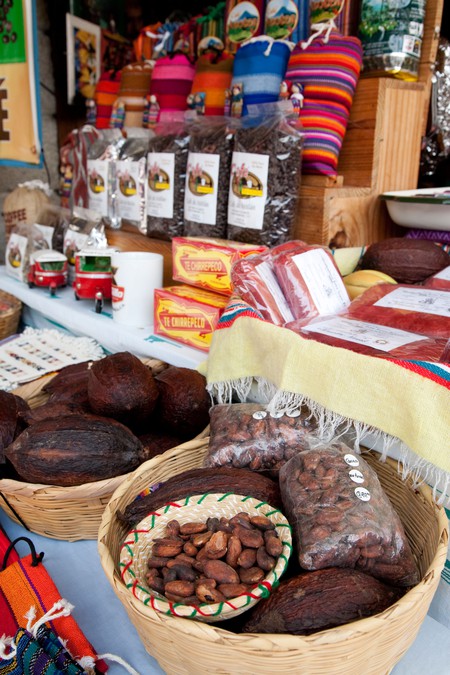 Guatemala’s reputation for producing some of the best chocolate in the world is steadily increasing, and the Choco Museum in Antigua remains one of the town’s most popular attractions. While artisan chocolates fly out of shops and into the mouths and suitcases of travelers, locals prefer the more traditional ways of their Mayan ancestors; the vast majority of cacao consumed in Guatemala is still drunk, not eaten.