9 Musicians You Need to Know Before Visiting Guatemala City 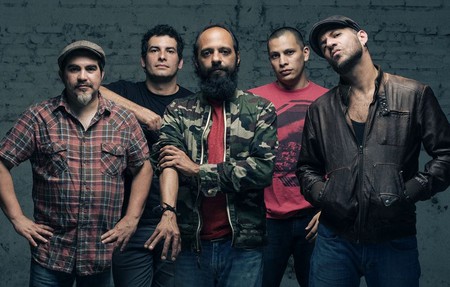 As an enormous sprawling capital, Guatemala City is the hub of Guatemala’s thriving music scene. From record-breaking Latin American pop icons to pioneering feminist rappers and flute-playing rock bands, here are 9 musicians you need to know before visiting this musical hotspot.

Ricardo Arjona is a singer-songwriter from Guatemala City, and with more than 40 million albums sold, he’s one of the most successful Latin American artists of all time. His music has earned him global recognition – he’s won numerous awards and accolades, including a Grammy, a Latin Grammy, a Latin Heritage Award and two Billboard Latin Music Awards. Nicknamed El Animal Nocturno (The Nocturnal Animal) due to his breakthrough fourth album of the same name, today Arjona has released 16 studio albums, one live album, nine compilation albums and 43 singles. Not bad going… 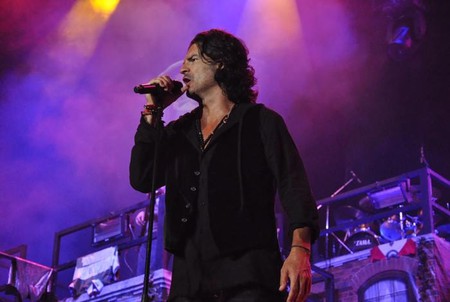 Rebeca Lane is a trailblazing rapper whose music encapsulates what it’s like to be a woman in Guatemala. With a European tour already under her belt, Lane doesn’t shy away from confronting all forms of discrimination or under-representation, and has rapped about justice for the victims of war, for the right to love whoever you want, and the inherently unfair society structure in her country. More than just a feminist rapper, Lane is an activist and an anarchist, and has given a voice to women and minorities throughout Guatemala.

Alux Nahual are considered by many to be the best rock band that Guatemala has ever produced. Formed by brothers Plubio and Alvaro Aguilar in Guatemala City in 1979, Alux Nahual merge progressive rock with classic instruments like cello and flute to create their unique musical style. The group reformed for a reunion tour in 2006, to raise money for a devastating hurricane in Guatemala, and today their songs can still be heard pumping from bars and clubs throughout the capital. 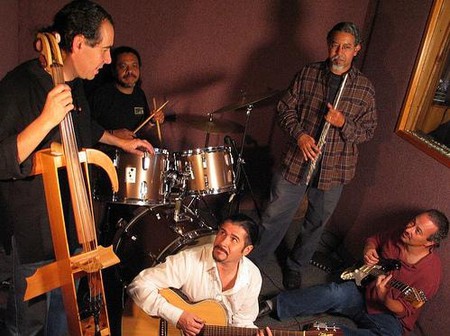 A amalgamation of alternative rock and dreamy pop influences, Fraaek’s music is packed with power and nostalgia, and their otherworldly aesthetic lends itself perfectly to their use of synthesisers. The band performs extensively throughout Guatemala City, released their debut LP last year, and have worked with Brad Weber, the drummer from Caribou.

Bohemia Suburbana are a Guatemalan alternative rock band formed in 1992. They’ve performed across the world and have shared the stage with the Red Hot Chili Peppers, Incubus, Molotov and Matisyahu, and have several Latin Grammy Award nominations under their belt. Made up of Giovanni Pinzón on vocals, Álvaro Rodríguez on keyboard, Juancarlos Barrios on guitar, José Pedro Mollinedo on drums and Josué García on bass, Bohemia Surburbana are one of Guatemala’s most famous bands.

This Guatemala City-based band are certainly unique: working around the idea that they’re a darker, more emo version of Adonis, the Greek god of beauty, the quintet have a powerfully atmospheric sound. These experienced musicians have been an influential presence in the country’s alt-rock scene, and their atmospheric, pleasantly gloomy sound beautifully utilises double-basses and experimental rhythms.

Malacates Trebol Shop are a Guatemalan rock pop Latino band best known for their innovative sound. Their varied style has led to them performing in Latin America, Europe and the USA, and they’ve recorded five albums, the most notable of which is Paquetecuetes. In 2007, Malacates were nominated as Guatemala’s best band by Los Premios Principales in Spain, a music event arranged by 40 most popular radio stations. 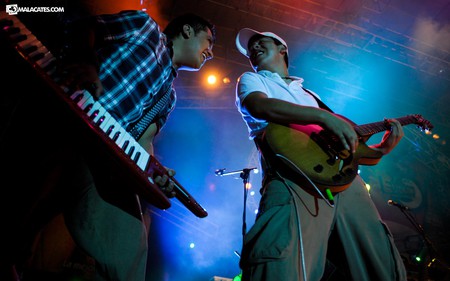 Easy Easy are one of the newest bands to come out of Guatemala City, and their sound is pure and fresh – an unusual merging of R&B and indie rock. An excellent representation of the modern Guatemalan and Latin American indie scene, Easy Easy’s first album Todo Lo Que Te Digo Está Mal was a hit in 2015, and the next record is scheduled to drop this year.

For something totally different, there’s Treateth, a melodic death metal band. Formed in Guatemala City in 2007 by brothers Marco and Erick Orozco, and originally called Hostilis of Mort, Treateth didn’t really kick off until a year later when vocalist Linda Orellana joined the band. Treateth have so far released one EP, five singles, and one studio album, and remain very popular in the capital.