7 Fashion Designers from Guatemala You Should Know 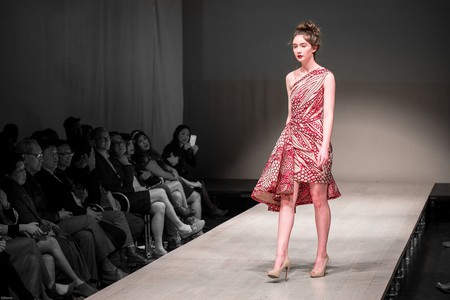 Guatemala may be known more for its culture and landscape than for its fashion, but things are about to change. Though this small Central American country only held its first fashion week in 2014, fashion has become increasingly important and fashion influencers more prominent. From runway couture to ethical trends, here are seven Guatemalan designers you should know.

At the forefront of Guatemala’s fashion revolution is runway couture designer Guillermo Jop, head designer for the GUiSHEM brand. The Guatemala City native considers himself a “pioneer of fashion” for his country, and has dressed celebrities including Kristen Stewart, Kelly Osbourne, Julianne Hough, Christina Milian, and Bella Thorne. Jop has worked in Europe, New York City, and Guatemala, with some of the world’s top designers like Donna Karan, Zac Posen, and La Perla. Jop won the La Perla Award in 2004, the Centro America Moda best young designer in 2007, and has been named one of Guatemala’s Top 10 People.

Maria’s Bags was founded by former international model and Miss Guatemala Alida Boer, who received a huipil as a gift while traveling. A huipil is a traditional garment worn by indigenous women from Central America; usually decorated with intricate designs and embroidery, each huipil takes between three months to a year to make. Alida was so struck by the beauty of this Mayan tradition that she wanted to showcase this legacy all across the world—and Maria’s Bags was born. Tote bags are decorated with huipil-style embroidery inspired by the Santiago Atitlan region, and the result is a stylish bag that’s unmistakably Guatemalan.

Young designer Isabella Springmühl made headlines around the world recently. The 19-year-old has Down’s Syndrome and was turned down by design schools, but refused to let that get in the way of her fashion dreams. Last year Springmühl became the first designer with Down’s Syndrome to showcase her designs at London Fashion Week, and will soon head to Rome to show off her new collection. Her creations for her Down to Xjabelle label are influenced by Guatemalan folklore and use Mayan textiles and patterns.

Eduardo Figueroa’s creations merge high-couture with Mayan designs, something he feels helps non-indigenous people appreciate these traditional designs. “I am inspired by color, and Guatemalan textiles are rich in color,” Figueroa says. “There are people who would tell you that traditional textiles are just for cushions and tablecloths, but I tell them that they can be used in many ways.” His designs have been seen on Guatemalan celebrities and politicians, and he won international recognition for the dress he designed for Miss Guatemala during the Miss World competition.

Leading the way for ethical fashion is Hiptipico, a brand based in Panajachel that showcases Mayan handmade creations. The name Hiptipico comes from “tipico,” which is the name of the traditional clothing worn by the Guatemalan Maya, and preserving the local culture and creating jobs is part of the Hiptipico mission. Every Hiptipico item is handmade by indigenous communities and uses only high-quality, sustainable fabrics. This ethical brand is already available on Asos, Urban Outfitters, Free People, Topshop and WhoWhatWear.

Catch flights || Not Feelings ➵ link in bio to shop

Like Maria’s Bags, shoe designer Karim Corzo also incorporates huipils in her designs, helping to bring these traditional textiles into Guatemalan haute couture. Corzo doesn’t use huipils in her creations just for their beauty; like Hiptipico, she was keen to provide job opportunities and saw economic benefit to this trend. Her shoes feature huipils from several different regions of Guatemala, and all are woven by indigenous women. Corzo’s designs are unique and elegant, but always comfortable, and include ballerinas, boots, wedges, peep toes and pumps.

After 12 years in couture and luxury fashion, Juan Carlos Quintana established Quintana Couture in 2001, and his London atelier in 2009. Inspired by femininity, luxury and individuality, Quintana’s use of vibrant colors and varied textures stems from his Guatemalan roots. Quintana Couture is best known for designing elegant and luxurious evening wear, red carpet dresses, and bridal gowns, and celebrities including Myleene Klass, Amanda Holden and Jane Asher have all worn Quintana Couture designs.