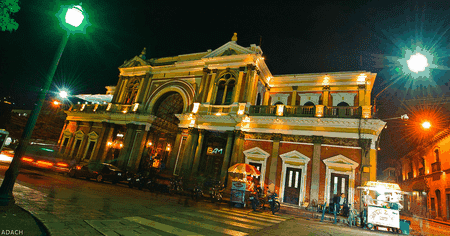 Quetzaltenango — or Xela (pronounced sheh-la) for short — might be Guatemala’s second largest city, but it offers something completely different to the country’s capital. With a more relaxed atmosphere, a smaller scale, and an amazing location high in the Guatemalan highlands, there are countless reasons to add the city to your Guatemalan itinerary.

The Guatemalan highlands are nirvana for hikers, with so many volcanoes to ascend that you’ll be spoiled for choice. Two of the most popular multi-day options from Xela are the climb up Tajumulco, the highest point in Central America, and the three-day trek to Lake Atitlan. If you’re in town and you fancy a hike, visit Quetzaltrekkers. All the guides are volunteers, and any profits from your walk go to local children in need.

After conquering Guatemala’s highest peak, there’s a strong chance you’ll be in need of a rejuvenating trip to the spa. The pools at Fuentes Georginas, a short shuttle ride away from Xela, are naturally fed by hot sulfur springs, and while you relax, you can take in the stunning scenery all around.

It’s an important city in the history of Guatemala

Quetzaltenango was already 300 years old by the time the Spanish conquistador Pedro de Alvarado arrived in the city, and it had a completely different name: Xelaju. It was here that Alvarado killed and defeated Tecun Uman, one of the last leaders of the Mayan K’Iche’ people. He’s now the official national hero of Guatemala. 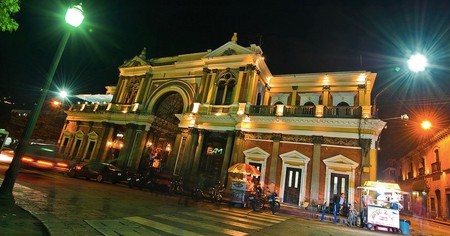 You can eat at Xelapan

Quetzaltenango is home to a wide array of restaurants offering a huge range of cuisines, but ask any local where they eat most, and there’ll only be one answer. Xelapan is a bakery and café that has branches across the city, offering sweet snacks, bread, breakfasts, coffee, and cakes. No trip to Xela would be complete without a visit.

Lots and lots of markets

As well as the markets in the city itself, which tend to be more functional than photogenic, Xela is a good base from which to explore some of the best markets in the country. Chichicastenango, the oldest handicrafts market in the country, is a two-hour chicken bus ride away. If you’re looking for a more authentic experience, San Francisco’s Friday market is Guatemala’s biggest.

There are lots of amazing churches

Religion is important in Guatemala, and there’s no better base for exploring the country’s spiritual side than Xela. Start off in the city’s own Parque Central. The cathedral there was mostly destroyed in an earthquake in 1902, but the front remains, with a more modern structure behind. San Andres Xecul, a short bus ride away, is a great next step, showcasing both Christian and Mayan influences in its colorful facade. Beyond that, there are interesting churches in the nearby towns Zunil and Almolonga. 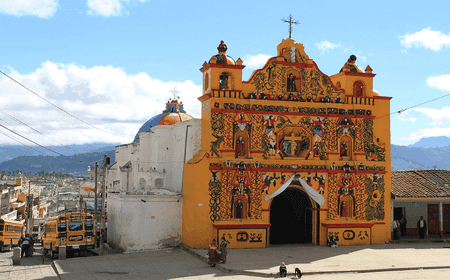 You can see traditional weaving

The local women in Xela still use the traditional backstrap weaving method to create their clothing. A couple of women’s cooperatives, Trama Textiles and AMA, offer free demonstrations. Buying from either means getting some beautiful clothing, safe in the knowledge that the woman who made it has been treated fairly.

You can sit on a terrace and admire volcanoes from afar, or get out of the city and climb one. Santa Maria looms over the city and can be climbed in a single day. Alternatively, take on a shorter hike to a lookout point over the highly active Santaquito. Both involve a short bus ride at the beginning, while Cerro Quemado can be climbed directly from the city center.

A little outside Xela itself, Lake Chicabal showcases a completely side of Guatemalan religious life. The crater lake is a sacred site for Mayans, and a walk around its circumference is likely to pass a Maya ceremony in full flow. For that reason, respect is a necessity — don’t take pictures without asking, and definitely don’t go for a dip in the lake. If the walk up the volcano looks too difficult, you can catch a ride in a pickup for a few quetzals. 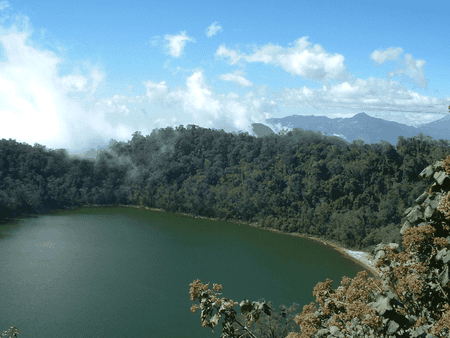 It isn’t dominated by tourists

Guatemala is a country with some incredible sights. But Lake Atitlan, Antigua or Flores all offer an experience that’s tailored to tourists, meaning you may be missing out on what makes Guatemala tick. Xela is a great counterpoint to that: a city with enough for tourists that you won’t feel out of your depth, but that’s still a real, working city where locals aren’t just there to sell you tours and trinkets.

Anyone who has travelled around Central America will tell you that a little Spanish goes a long way. If you don’t know your mucho gusto from your buen provecho — or just want to brush up before you start traveling — Quetzaltenango has lots of schools offering one-on-one tuition at competitive rates. And if you want to fully immerse yourself in the language while you learn, you can stay with a local family.