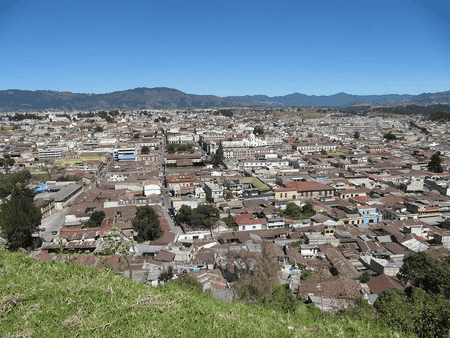 Quetzaltenango is an increasingly popular spot for people visiting Guatemala, but it isn’t quite as devoted to the tourist trade as some of the country’s other highlights. If you’re new to the city, then take a look at these 10 tips to make sure that you make the most out of your visit.

Xela is one of the highest cities in Central America, sitting at around 2,300 metres (7,546 feet). While that isn’t high enough to make altitude sickness an issue, anyone visiting from lower altitude should bear it in mind if they’re planning on walking any of the nearby volcanoes. If possible, give your body time to acclimatise before climbing again.

That high altitude means that Xela has a markedly different climate than other parts of Guatemala. All year round, the nights can get decidedly chilly, and anyone arriving expecting a tropical climate will quickly start looking for a jumper at the city’s biggest clothing shop: the Megapaca. If you’re planning on staying in Xela, you’re probably going to need a warm set of clothes. 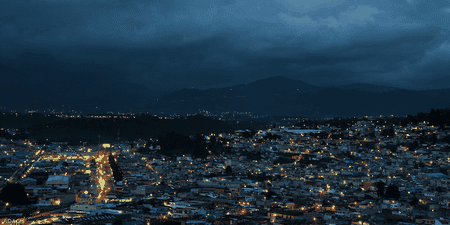 Nobody calls it Quetzaltenango

Everyone in Guatemala will understand you if you call the city Quetzaltenango, but it isn’t the name they use themselves — after all, the word is quite a mouthful. Xela is its much shorter nickname, derived from the old Mayan name for the city, Xelaju. It’s pronounced “sheh-la”, so make sure to say it that way if you want to sound like a local.

The streets can get loud at night

Xela is a major city, but it offers something completely different to Guatemala’s capital. During the day it’s quiet, laid back and friendly — and while that’s still true during the night, the street dogs that look so relaxed when the sun’s up can get a lot louder in the evening. When combined with the roosters kept by many of the city’s residents, it can make for a noisy night. If you’re a light sleeper, consider packing earplugs.

As Guatemala’s second biggest city, buses run direct to Xela from many surrounding areas. You can get to the town in a single shuttle from Mexico, or in a four-hour Pullman from Guatemala City. And not only is it easy to get to, it also works as a great base for exploring everything the region has to offer. 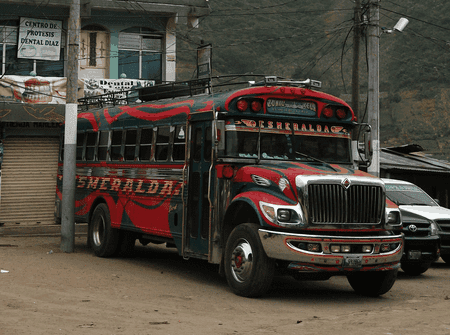 With a few different bus terminals

However, the city lacks a real central bus terminal, so working out where you need to go to find the right connection can be a tricky affair. All of the first class bus companies have their own terminals, and if you’re wanting a chicken bus then it’s a good idea to ask a local before heading out.

You can pay the Spanish schools a visit

Xela’s range of Spanish schools are a big draw for many Westerners, offering a great way to improve your Spanish skills at a fraction of the cost of tuition back home. Many visitors book their classes ahead of time, but if you want to take a look at a few schools to decide which is best for you, you can. Make sure to investigate where you’ll be learning, who’ll be teaching you, and whether your school offers any free activities for students.

Directions can be difficult

Like much of Guatemala, getting directions in Xela can be a little more vague than you’re used to. If your Spanish is rusty, then brush up on general directions, because you might here a lot of ‘near the square’, or ‘up the hill from the bank’.

Quetzaltenango is an immensely cultural city, with lots of art shows, music events and theatre on throughout the year — much of it free. If you’d like to sample what the city’s got to offer, pick up a copy of Xelawho, the listings magazine. You’ll find it in any coffee shop or bar frequented by Westerners.

You can stay with a local family

There’s a huge range of different hostels and hotels dotted throughout Xela. But if you want to get a taste of what living in the city is really like, live with a local family. You’ll usually get all your meals included, which can be a great way to practice your Spanish over the dinner table. The easiest way to get set up with a homestay is via one of the city’s many language schools.