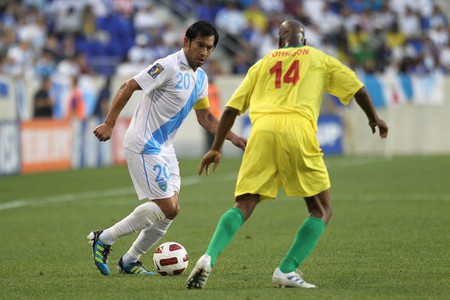 Soccer striker Carlos Ruiz is arguably the most famous sportsman that Guatemala has ever produced, having played for the national team, as well as MLS clubs LA Galaxy and FC Dallas among others. Here’s everything you didn’t know about the world record holder. 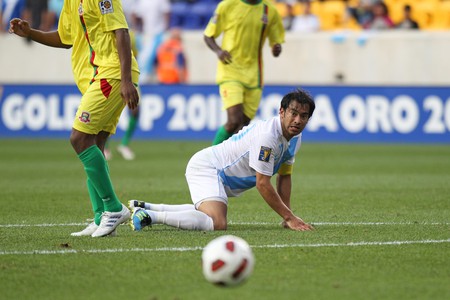 He had a tough childhood

Ruiz was brought up in zone 21, a deprived neighbourhood in Guatemala City. He honed his skills playing in the streets with his friends, and still visits the area today.

‘Pescado’ or ‘Fish,’ as Ruiz is known, holds the record for the most goals scored in World Cup qualifying matches. Despite knocking in 39 goals over five qualification competitions, Ruiz never managed to carry Guatemala to an international tournament.

Fish spent eight seasons in Major League Soccer (MLS) in the United States. In the 2002 season he played for LA Galaxy and won the Most Valuable Player award.

He works as a sports pundit

After he retired, Carlos Ruiz took the well-worn path from professional sports to punditry. He works as an analyst for Be:In Sports, based in Miami.

He has a tricky reputation

Over the course of his career, Ruiz was notorious for his mastery of the footballing dark arts as much as his goal scoring exploits. Teammates voted him the player that they would least like to play against, because he would stop at nothing to win.

The striker has always been a leader in the dressing room, and that experience inspired a bid for the presidency of Guatemala’s national football federation. As things stand, the body is plagued with allegations of corruption, but Ruiz has vowed to clean things up if he is elected president.

He’s known as a party boy

Fish has never hidden his love for partying. He is known to be a regular fixture in bars and nightclubs, and sometimes got in trouble for missing training sessions.

Ruiz is an example of a rare public figure that engages with the public on social media. He is known for his outspoken comments on everything from corruption in Guatemala to the national football squad. The striker also once picked a fight on Twitter with Guatemala’s most famous singer, Ricardo Arjona.

He owns a mezcal brand

The Mexican agave spirit mezcal has been growing more popular around the world in recent years – Ruiz recently launched his own brand, Hechizo mezcal, which is currently on sale in the US and Guatemala.

For some people Carlos Ruiz is a hero to be celebrated, and others allege that he could have been even greater if he had concentrated fully on his career. His active social media presence means that Ruiz continues to evoke strong public reaction even though he is no longer playing football.