Why Costa Rica Is the Ultimate Food Lover's Destination 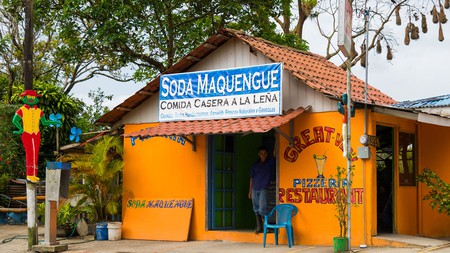 Sitting between the Pacific Ocean and the Caribbean Sea, in the heart of Central America, Costa Rica remains a popular holiday destination. It’s best known for its wildlife, rainforests and sustainability efforts, but the food scene is also gaining traction. Here are some of the best foodie reasons to visit.

If you ask a Costa Rican about where to find the best food, they will almost certainly point you towards the nearest soda – small family-owned restaurants that serve traditional grub. The typical cuisine here is simple and filling. Dishes burst with flavor and make the most of local produce as seen in the casado, the nation’s favourite lunch dish of beans, rice, salad and plantain.

Alongside traditional dishes and eateries, there has been a recent boom in high-profile chefs bringing modern interpretations to classic plates. High-end restaurants have emerged over the past decade and there has also been a growing move towards satisfying the global desire for street food from food trucks and carts.

Savour authentic Costa Rican cuisine and visit some of the country’s most alluring destinations with Culture Trip on our specially curated nine-day Costa Rica trip. 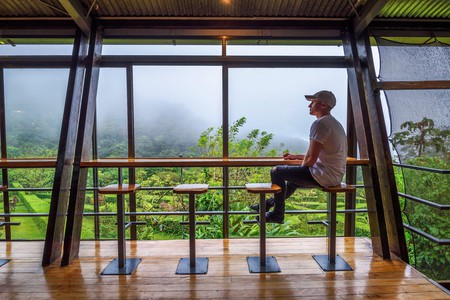 If you want to sample the best of old and new, head to Barrio Escalante in San José. This neighborhood was once a quiet residential corner of the capital, but is now the trendiest place in the city. Outdoor dining spaces, lively late-night drinking spots and expensive restaurants sit alongside traditional sodas. The result is one of the best food destinations in the world, and an essential stop on any trip to Costa Rica.

If you’re staying in the area, make sure you treat yourself to a Saturday trip to Feria Verde de Aranjuez. The farmer’s market is one of the best ways of seeing the fresh ingredients you’ll end up tasting throughout your stay in San José. The other thing you will inevitably end up sampling here is the coffee. Costa Rica is seen as one of the best producers of quality coffee in the world, and they’ve perfected the art of serving the perfect cup of joe. 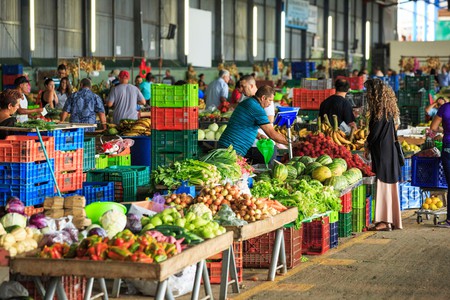 Cocoa is another big export, and Costa Rican chocolate is some of the best around. Dessert menus are always worth checking out, and cold drinks often come with a dollop of chocolate, and a hint of something stronger for the grown-ups.

A recent trend – although one that has arguably been part of Costa Rican gastronomy for as long as anyone can remember, without any fanfare – is the move towards farm-t0-table cuisine. You’ll find celebrated practitioners such as chef Jose González taking the concept to award-winning levels at al mercat, where the farm and restaurant are both part of the same chain.

Barrio Escalante is a short walk from the popular downtown district and you’ll find plenty of innovative dishes here, such as sirloin served in coffee sauce, which may not be to everyone’s taste. Let’s take a look at some of the top dishes in the nation that you have to try at least once. 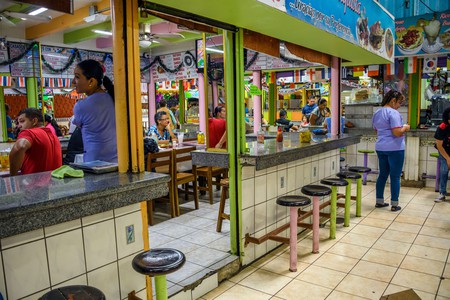 You’ll find some variety of these dishes right across the country, with a regional tweaks along the way. Here are the dishes you should try.

Casado: We’ve already mentioned this ubiquitous bean, rice, salad and plantain staple. Some serve it with a side of grilled meat or fish to enhance the earthy combination of base ingredients. The name translates into English as “marriage”, although it’s unclear whether that’s a reference to the marriage of ingredients or if the name stems from the lunches that wives made for their husbands to take to work. 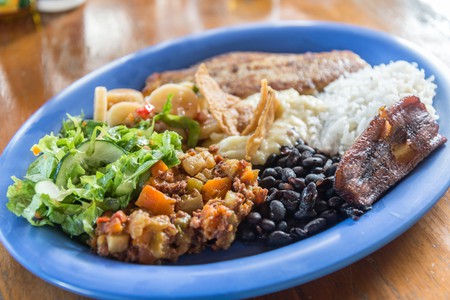 Casado is a dish made of beans, rice, salad and plantain | © Esdelval / Alamy Stock Photo

Gallopinto: This is another fascinating term for a pretty simple dish; it means “painted rooster”, and the dish itself consists of beans, rice, cilantro, onions and garlic. Expect to find a serving of this on your breakfast menu, as it goes well with eggs.

Olla de carne: This hearty stew is popular year round, although you’ll find it mainly served on weekends. It’s a simple mix of beef, vegetables (including cassava) and a thick reduction that goes well with a side of rice. Expect most no-frills sodas to have their own version. 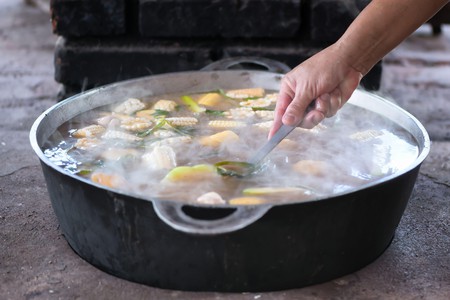 Ceviche: Originating from Peru, this cured seafood dish is unsurprisingly popular in Costa Rica which has an abundance of fresh fish. Marinated raw fish is served cold with a strong citric kick that can take some getting used to, but the simplicity of it means that ceviche found on food carts on the roadside by the sea will be as good as that eaten in any high-end restaurant. 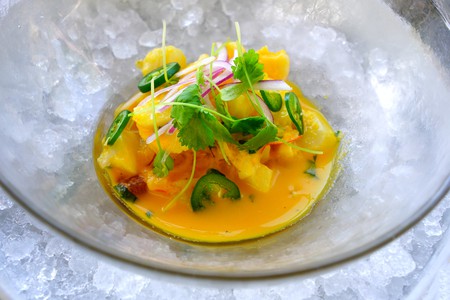 With an abundant supply of fresh seafood, it’s no wonder ceviche is so popular in Costa Rica | © EQRoy / Alamy

Chifrijo: What do you get if you cross chicharrones (fried pork skin) with frijoles (beans)? Well, the answer popped up in a San José bar about 30 years ago and is now the ultimate snack to go with your beer.