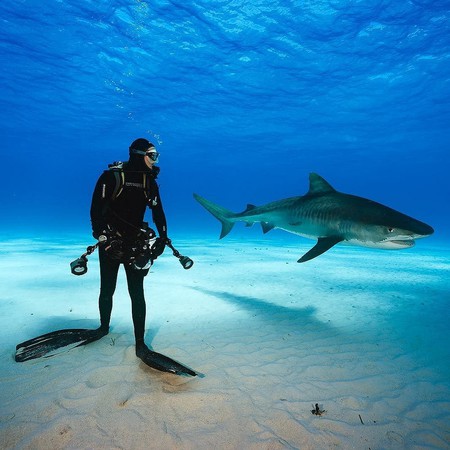 Standing next to a tiger | © Jurgen Keckie/Flickr

There are over 400 different species of sharks identified so far. They come in various shapes and sizes, have unique personalities and temperaments, and inhabit all the oceans of the world. Shark populations have plummeted due to the demand for shark fins and other man-inflicted pressures. However, there are some places in the world where sharks are still thriving in great numbers. These are some of those special spots.

Five hundred and fifty-five kilometers off the coast of Costa Rica lies Isla del Coco, an island Jacques Cousteau described as “the most beautiful island in the world.” Isla del Coco was declared a World Heritage Site in 1994 and is home to one of the largest congregations of scalloped hammerhead sharks, along with large populations of white tipped reef sharks, Galapagos sharks, and silky, silver, tiger, and black tip sharks. The only way to dive and explore this mystical place is via a live aboard dive boat. 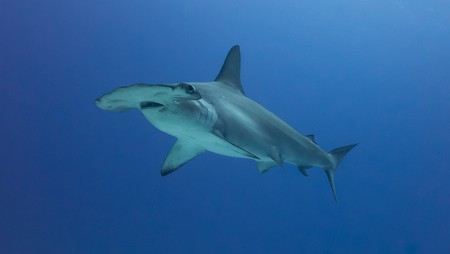 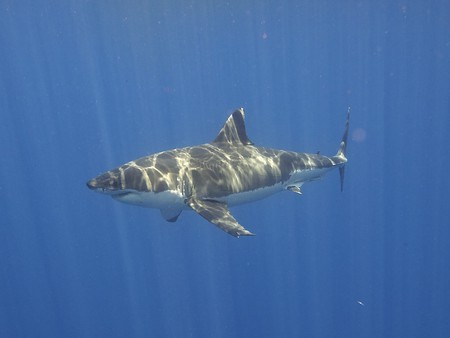 The king of the sea | © Elias Levy/Flickr

Isla Mujeres is located in the Gulf of Mexico on the Caribbean side. It is home to the largest population of whale sharks between June and Septembers. Hundreds of whale sharks make their way to this island to feast on the massive plankton blooms. Some claim that Isla Mujeres is one of the best places in the world to dive with these gentle giants. 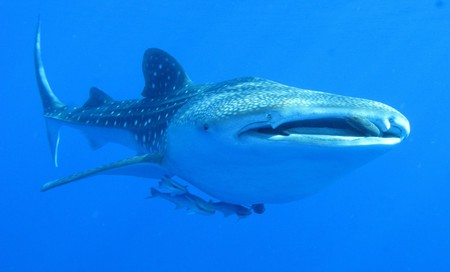 Tiger Beach is one of the most famous tiger shark dive spots. While you can see tiger sharks here almost any time of the year, the best time to visit is between October and January when they congregate for the breeding season. These massive beauties cruise the sandy bottoms at depths of only 7 meters/20 feet. The crystal clear shallow water makes for an incredible setting to spend time with these impressive predators. 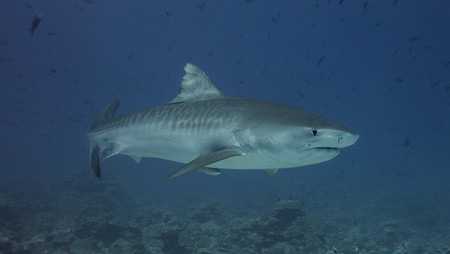 Beqa Lagoon is home to the Shark Reef Marine Reserve. The Fijians realized that sharks are far more valuable when alive for two reasons; one, they are at the top of the food chain and without them that chain would collapse and the local fisheries would greatly suffer and two, they bring in a lot of money from shark tourism. This reserve is home to eight main shark species, including the most famous, the bull shark. There are more than 20 dive sites within the lagoon and shark enthusiasts can easily spend a week diving here and look forward to seeing sharks on every single dive. 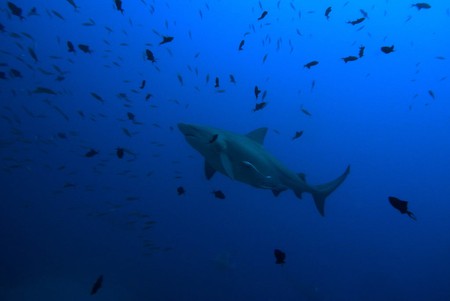 Rangiroa is home to an astonishingly vibrant and thriving reef. There are two passes through the reef where twice a day the tide change and nutrients flood in and attract a large gathering of pelagic fish, including sharks. The visibility is incredible and on good days it can be clear down to 60 meters/200 feet. Divers have reported seeing upwards of 100 sharks on a single dive. Black tip, white tip, grey, and silver tip sharks are the most common visitors, but the great hammerhead shark shows up between December and March. 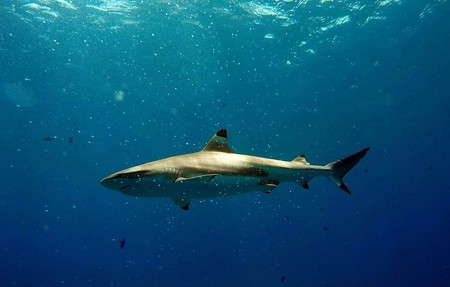 The waters around the micro-sized island of Malapascua are surprisingly home to the rarely seen thresher shark. This unique and strange looking shark has a whip-like tail that is as long as its body. At around 30 meters, the Malapascua shoal is where you are most likely to spot this incredible shark. Aside from the opportunity to dive with such an elusive species, the setting beneath and above the water is breathtakingly beautiful. 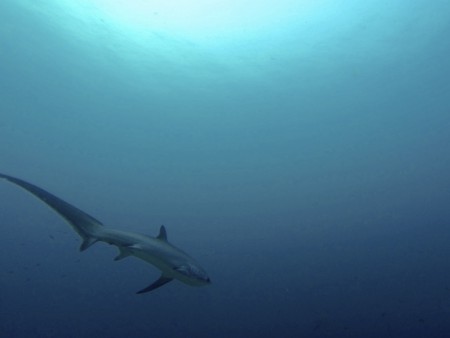 Check out that tail! | © Maxime Guilbot/Flickr

The Aliwal shoal is a reef formation that attracts large numbers and diverse species of sharks on a regular basis. This where you can see multiple different species of sharks, including sand tiger sharks, oceanic black tip sharks, bull sharks, tiger sharks, and occasionally even hammerhead sharks all at one time. The best conditions are typically between March and July, but shark diving is possible all year around. 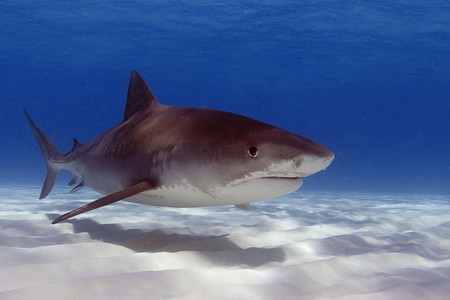 Eleven different species of shark make their way to Ponta do Ouro throughout the year. Depending on which species you are interested in seeing will determine the best time of the year for you to visit this sharky spot. From May until the beginning of October, the most common residents are tiger, bull, and hammerhead sharks. Outside of that prime season, bull sharks stick around and whale sharks often appear. 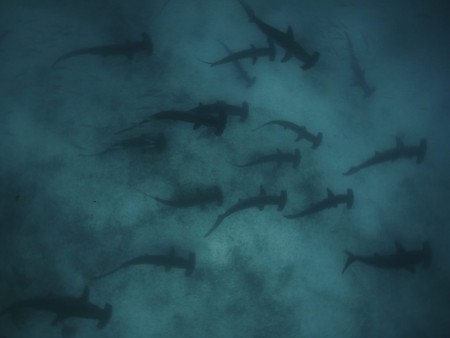 Whole lot of hammerheads | © Sylke Rohrlach/Flickr
Give us feedback