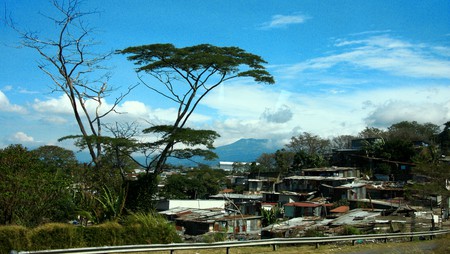 After a busy day exploring San José, you’ll find that plenty of new adventures await in Costa Rica‘s capital after dark. Full of vibrant people and places, this fun-loving city comes alive at night with amazing clubs and bars. From craft breweries with small batch brews to 24-hour nightclubs with enormous dance floors, here are some of our top recommendations for exploring this city’s exuberant nightlife. 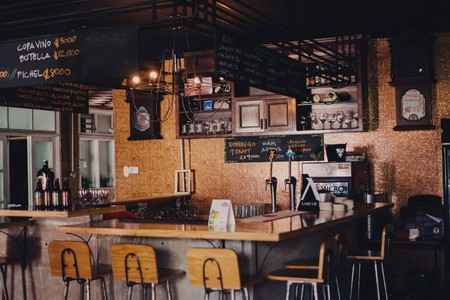 The Public House is not your typical Irish pub. The bar attracts many beer aficionados with its long list of Costa Rican craft beers and creative cocktails. The place has a modern hipster vibe, with vintage telephones decorating the wall, and an outdoor patio for enjoying warm nights. Great for watching any of the big fights, the Public House also serves excellent pub grub.
150 m north of Toyota, Paseo Colón, San José, Costa Rica +506 8432 7791

Club Vertigo is one of the hottest places to go in San José. Although it’s located in the business district of San José, there’s nothing buttoned up about this weekend club: it’s hosted dozens of guest DJs from all over the world, and offers amazing dance floors with soaring ceilings for dancing until the sun comes up. The venue’s modern vibe makes for a great all-night clubbing experience, and it also hosts a variety of other events to look out for throughout the year.
Centro Colon, San José, Costa Rica, +506 2257 8424

Bar, Cafe, Pub Grub, Wine, Beer, $$$
Facebook
Email
Twitter
Pinterest
Copy link
Share
Map View
Jazz Cafe set the standard for concerts in San José’s bar scene, and remains one of the best places to check out exciting artists and bands from all over. Their stage has hosted the likes of Scott Henderson, Dennis Chambers, and Frank Gambale, to name only a few, and the act changes every night for a fresh attraction. Drawing in tourists and locals alike, this is the place to go if you want to hear some great music and mingle with like-minded concert lovers.
Open In Google Maps
Carretera Interamericana, San Pedro, San José, Costa Rica
+50622538933
Visit Website
Give us feedback 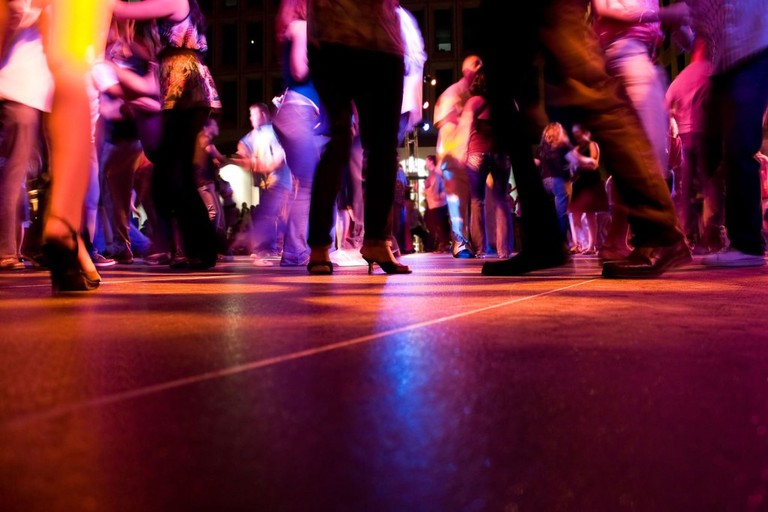 Castro’s Bar and Discoteque | ©TipsCostaRica
With music ranging from salsa to reggae to electronic, Castro’s always has upbeat music that’s great for dancing. It has grown greatly since its humble beginnings, yet it still feels like a good, old-fashioned Latin disco with three levels of wood dance floors and little corners to get little snacks and catch your breath. It’s still a place that elderly couples frequent, but young singles also fit into the mix for a good night of dancing.
Open In Google Maps
11a Calle 20, Barrio México, San José, San José, Costa Rica
+50622568789
Visit Website
Give us feedback

Bar, Pub Grub, Wine, Beer, $$$
Facebook
Email
Twitter
Pinterest
Copy link
Share
Map View
Located in the area of San Pedro, Bar Vyrus is a great place to go for college students and young professionals looking for cheap drinks and a fun night out. It plays nostalgic music videos from the ‘60s to ‘90s, and although the atmospheric interior of the bar is more conducive to romance and flirtation, the outdoor balcony is a great open space to sing along to music and chill out with friends.
Open In Google Maps
Avenida 8, San Pedro, San José, Costa Rica
+50622805890
Visit Facebook page
Give us feedback

Costa Rica’s Craft Brewing Company is located an hour outside of San José, and is a refurbished factory which serves only the best artisanal beer with a purist slant, limiting themselves to whole grains, hops, yeast, and water in the creation of their brews. From 4 to 6 pm, they offer a tour of the factory in which they explain the process and offer tastings of more than seven different types of beer. 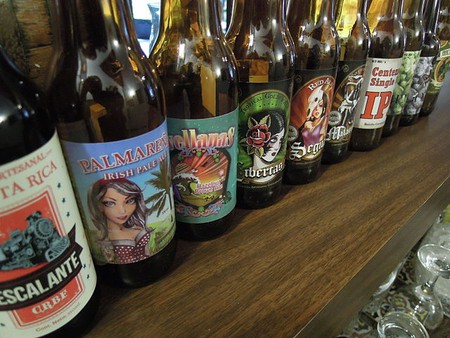 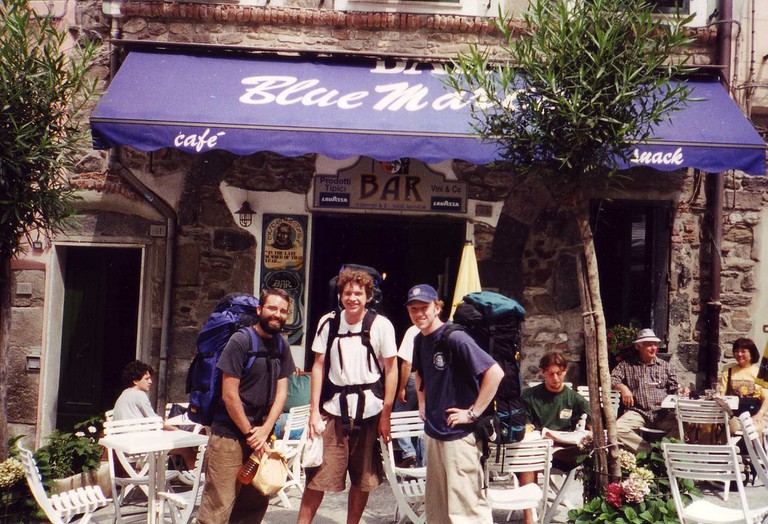 Blue Marlin Bar | ©Michael Coté
Open 24 hours a day, Blue Marlin Bar is located in the Del Ray Hotel and attracts locals, fishermen and fishing captains in town for the day, as well as a scattering of tourists. On big game nights everyone gathers around their plasma screen TVs, and there’s live music scheduled several evenings a month. It’s also a popular place for prostitution, which is legal in San José, so just bear that in mind while you’re mixing and mingling with the crowd.
Open In Google Maps
Avenida 1, El Carmen, San José, San José, Costa Rica
+50622577800
Visit Website
Give us feedback

Restaurant, Nightclub, African
Facebook
Email
Twitter
Pinterest
Copy link
Share
Map View
Located in the heart of San José, Rapsodia is one of the trendiest nightclubs in the city. It’s also one of the largest, with multiple rooms and levels to explore, and it hosts a range of live music events including sets from world-famous DJs. With funky beats and a nice diversity of music styles, this nightclub caters to both young and middle-aged crowds.
Open In Google Maps
40 Calle 40, Mántica, San José, San José, Costa Rica
+50622481720
Visit Website
Give us feedback
Give us feedback