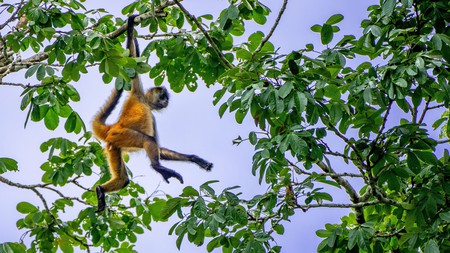 Costa Rica has more than 200 animals on the endangered species list, many of which are listed as critically endangered due to deforestation, human development, unsustainable fishing and hunting practices, poaching, and the illegal pet trade. While amazing efforts are being made in Costa Rica to protect the native wildlife and diverse ecosystems, the futures of many species are uncertain. Here are the most endangered animals in Costa Rica.

For the best chance of an endangered animal encounter, book yourself on our epic nine-day trip to the cloud and rainforests of Costa Rica, which includes a nocturnal wildlife hike and treetop canopy tour in Monteverde. 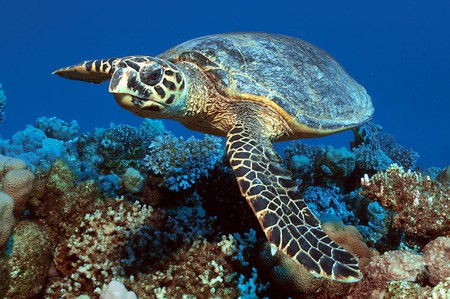 The hawksbill sea turtle is critically endangered not only in Costa Rica but worldwide. The intricate shells of these sea turtles are highly sought after to make tortoise-shell jewelry and other novelty items. They are also at a constant risk of being caught as bycatch by the increasing number of longline fishing boats (many of them illegal) that exploit the waters around Costa Rica. While efforts are being made to protect the hawksbill sea turtles, as well as the leatherback, Olive Ridley, and green sea turtles in Costa Rica, they might disappear forever during our lifetime. Your best chance at seeing one is between September and October when they nest in the Cahuita National Park or in the Golfo Dulce where they forage for food. 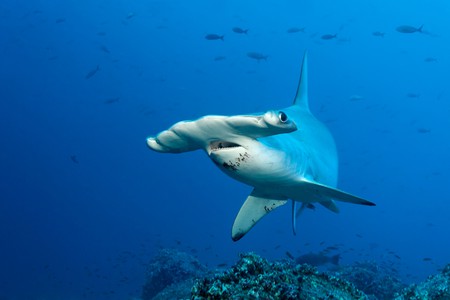 In 2014, the scalloped hammerhead shark was listed as critically endangered in Costa Rica with 90 percent of the population destroyed by the illegal shark fin trade and longline fishing. Sharks worldwide are being slaughtered to meet the high demand from Asian countries (such as China) for shark fin soup. They are also regularly caught in fishing nets and hooked lines as bycatch. One of the greatest congregations of scalloped hammerhead sharks is around Isla del Coco, one of the top shark diving destinations in the world, but they can also be spotted while diving in Golfo Dulce. It’s thought hammerhead sharks breed and give birth in Golfo Dulce before returning to the waters near Isla del Coco. 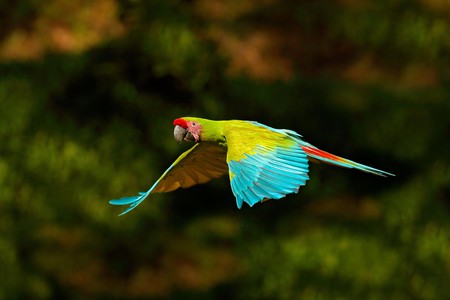 The number of great green macaws left in Costa Rica is frighteningly low; in 2012, there were only around 250 of them. One of the main threats to this colorful bird is deforestation. The great green macaw feeds almost exclusively on the nuts of the mountain almond tree, which is also the only tree the bird nests in. The mountain almond tree is itself considered endangered because of the commercial demand for its wood. Several initiatives and efforts are continuing to be made to help save this beautiful bird, but once its habitat is gone, it will be too. The Tortuguero National Park is one of those habitats, as well as other lowland rainforests in Costa Rica. 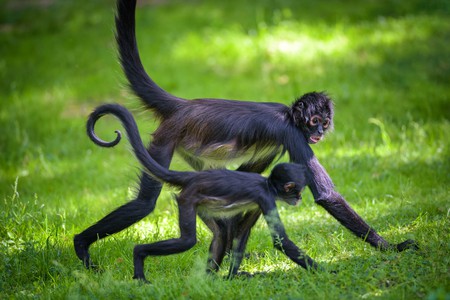 The Geoffroy’s spider monkey was once abundant here but is now listed as an endangered species. Hunting, deforestation, and the illegal exotic pet trade are to blame for the dwindling population. Your best bet for spotting a troop of these marvelous creatures is in the Santa Rosa National Park and the Corcovado National Park. 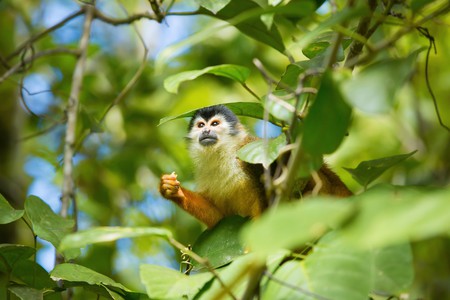 The grey-crowned squirrel monkey, or mono tití as it is called in Costa Rica, is the smallest primate in the country and seeing a troop of them is a very rare sight. Because of deforestation and human development throughout their habitat in the central and south Pacific regions of Costa Rica, many troops have been confined to small patches of forests. Because they travel through the treetops, the growing gaps in the forests canopy have greatly restricted their movement and ability to reproduce and thrive. The Titi Conservation Alliance has been working to help reverse the dreaded fate of these adorable creatures, but they are still greatly threatened. Manuel Antonio National Park and the Corcovado National Park are two places where you might be able to see them. 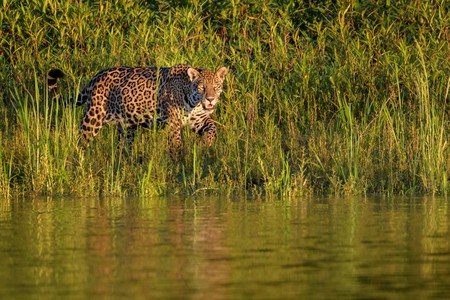 The jaguar is the primary land predator in Costa Rica. This beautiful feline is highly endangered and is rarely seen in the wild. It is also a stalk-and-ambush predator, so you probably wouldn’t see one even if it was standing within viewing distance. The two biggest threats to this iconic cat are habitat loss and illegal poaching – it has long been sought after for its uniquely patterned pelt. Your best chance of having a jaguar encounter is at La Paz Waterfall Gardens or Las Pumas Rescue Center. A few lucky people have spotted them in the Corcovado National Park, Santa Rosa National Park, Golfo Dulce Forest Reserve and Carara National Park. 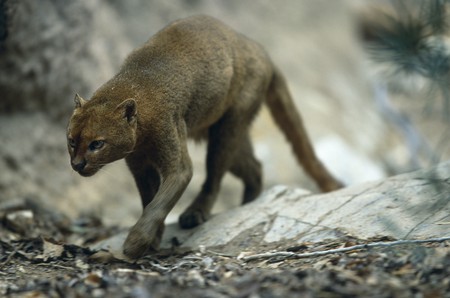 The jaguarundi is the most bizarre feline in Costa Rica. This little cat looks more like a weasel but is actually related to the puma. Due to deforestation and human development, the jaguarundi population size is quite small. This is the only wild cat in Costa Rica that is more active during the day than at night. The largest population of them can be found in the Palo Verde National Park – also one of the top birdwatching spots in Costa Rica. They are territorial and, while small in size, should not be approached (if you’re lucky enough to see one).