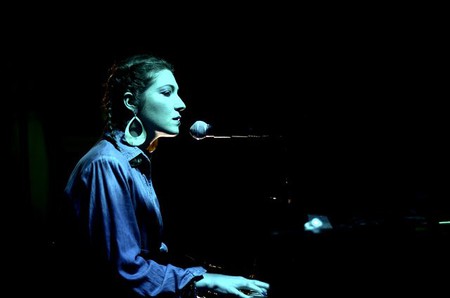 Music is an excellent tool when it comes to learning another language. The catchy choruses, story-like lyrics and beautiful melodies are very helpful when practising your listening and comprehension skills. Learning Spanish requires studying all facets of the language, and there are some great songs from Costa Rican musicians that can really help improve your Spanish skills.

Debi Nova is a singer-songwriter from Costa Rica. Her songs are ideal for Spanish language learners because she articulates her words perfectly and utilises poetic devices such as repetition and rhyme. While she does sing some songs in English, it’s her Spanish songs that really steal the show. Amor is a perfect song to learn because it is sung slowly, has a great beat and is basically about love and life.

Malpais are one of the top bands in Costa Rica and Otra Lugar is a song that reads like a poem. It is especially helpful to listen to this song while reading the Spanish subtitles – hearing Spanish while also reading it is an effective way to practise your overall skills. This song expresses loneliness and longing, a feeling most people have experienced at least once in their lives. There’s a lot of (probably) new vocabulary in this song too.

Ghandi are a very popular band in Costa Rica. They have been creating music and performing since 1993 and have even shared the stage with big names such as Aerosmith and Deep Purple. Estrellame is a good song to practise multiple verb tenses, while its theme conveys a feeling of nostalgia and longing for the past.

Evolution are another band from Costa Rica that can help Spanish language learners. Voy por ella has parts that are in the past tense and other parts that are in the future tense. It deals with heartache, moving on after a breakup and the will to keep moving forward in order to find a soulmate. The lyrics are sung slowly and articulated clearly, which is very helpful when you are learning the language.

¿Donde Ire A Parar? by Percance

Percance are an upbeat band that will definitely get you moving, with lyrics and melodies that are bound to get stuck in your head. ¿Donde Ire A Parar? has lyrics that suggest a feeling of discontentment and a yearning for liveliness and excitement – why do some days feel so full, while others feel so empty? This is a good song for beginner Spanish learners, as it is written predominantly in the present tense.

Andrés de la Espriella is the composer, singer and guitarist in the solo band Balerom. He has produced five solo albums. This short and sweet acoustic song is simply about love and being happy. The lyrics of this song read like a short philosophical poem about life, a catchy tune that will also help with your verb tenses.