10 Most Beautiful Spots in Costa Rica 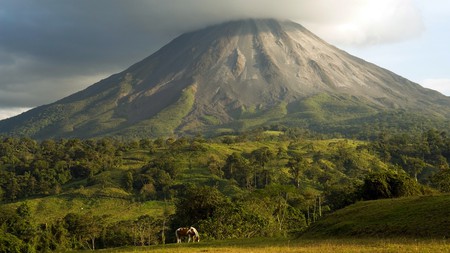 Brimming with biodiversity, stunning cloud forests, untouched beaches along the Caribbean and Pacific coasts, active volcanoes and breathtaking river valleys – Costa Rica attracts thousands of visitors each year to experience some of the most beautiful natural wonders in the world. Here are the most breathtaking spots in this Central American country. 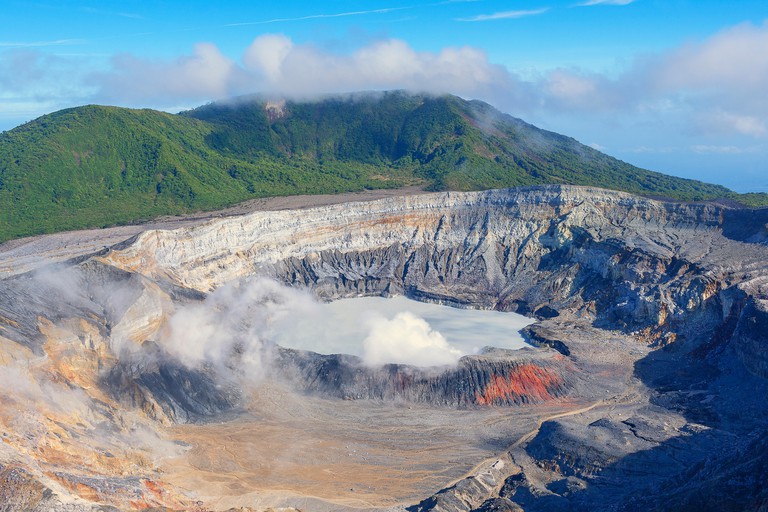 © imageBROKER / Alamy Stock Photo
Poás Volcano National Park is considered to be one of the most astonishing places in Costa Rica, and it’s easy to see why. Home to an active volcano that sits above 14,000 acres of parkland, the crater remains a powerful symbol of the geothermal forces that once formed the country’s landscape that we recognize today. The most recent major eruption took place in 1910, when the volcano committed immense columns of smoke and millions of tons of ash into the atmosphere. Today, though, it is a popular tourist destination, with myriad hiking trails and viewpoints over an area dense with vegetation and wildlife. An hour and a half’s drive from San Jose, Poás serves as the perfect day trip.
Open In Google Maps
Provincia de Alajuela, Costa Rica
+50624822165
Visit Website
Give us feedback 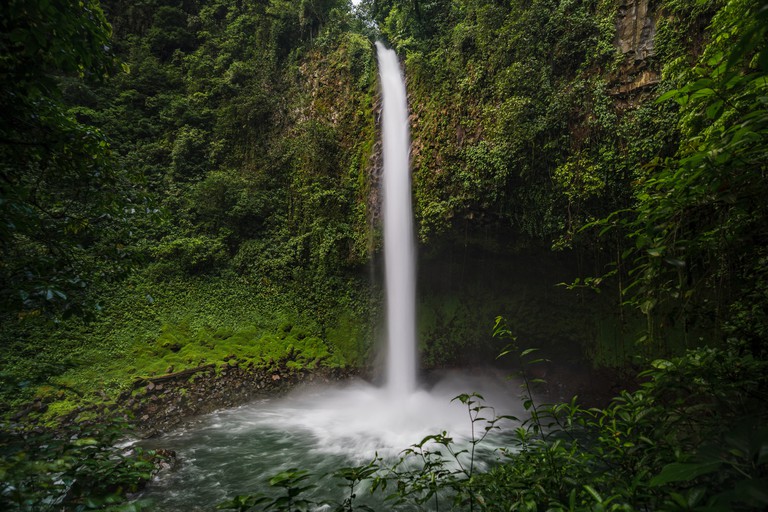 © Jose Santiago / Unsplash.com
La Fortuna Waterfall, in a rainforest near the edge of the Arenal volcano, is an hour’s walk from downtown Fortuna. Those determined enough to brave the hike down the canyon will be rewarded with one of the country’s most stunning waterfalls. With a colossal 75m drop, the fall is fed by the Arenal River, which meanders through the mountain range before plummeting into a pool of clear blue water. There’s a small admission fee, and you can then swim in the stream and the small rapids directly below the fall.
Open In Google Maps
La Fortuna, Alajuela Province, Costa Rica
+50624799515
Visit Website
Give us feedback

Corcovado National Park, the largest park in Costa Rica, is the crown jewel of its national park system and covers a huge area of more than 400sqkm. Popular with ecologists, as well as enthusiastic travelers yearning to discover what the coastline and the tropical rainforest has to offer, it has a phenomenal range of wildlife to see — particularly notable are the small populations of American crocodiles, anteaters, two- and three-toed sloths and jaguars. Unsurprisingly, National Geographic has called Corcovado “the most biologically intense place on earth in terms of biodiversity.” 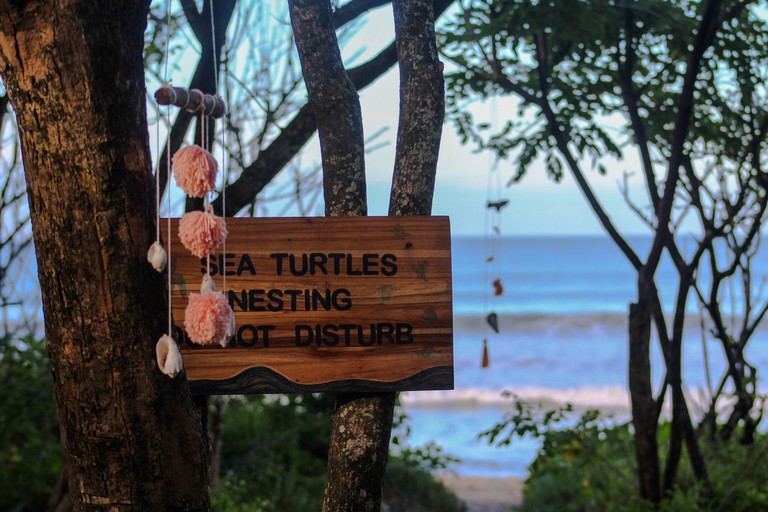 © Adriana Wojakowska / Unsplash.com
The Guanacaste Beaches are the ultimate tropical paradises in Costa Rica, offering a perfect combination of lush scenery, pristine beaches and clear waters that are perfect for fishing, swimming, diving and surfing. Spanning the northwestern point of the country, it has many places to choose from. Tamarindo is a prime spot for all of the above, but also one of the main nesting areas for leatherback turtles. These endangered creatures take over the beach from November to April, digging their nest up to 1m deep, then laying their eggs before returning to the sea.
Open In Google Maps
Tamarindo, Guanacaste Province, Costa Rica
Visit Website
Give us feedback 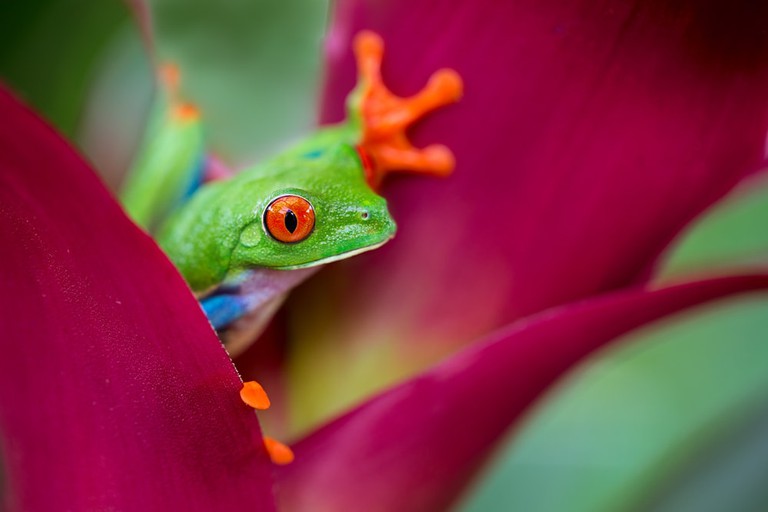 A red-eyed tree frog perches on tropical foliage in the jungle of Costa Rica | © Dirk Ercken / Shutterstock
Tortuguero National Park can only be reached by plane or boat, but the effort is worth it. There are 11 different habitats here, rainforests, mangroves, swamps, beaches and lagoons, among them. Once an archipelago of volcanic islands, the national park is also a prime nesting area for green sea turtles, leatherbacks and hawksbills. Going inland along the extensive network of freshwater creeks and lagoons, you may also spot one of the seven species of river turtle, or the endangered West Indian manatee. As there are no roads leading to Tortuguero, it’s worth coming here on an organized tour for ease of access.
Open In Google Maps
Tortuguero National Park, Limón Province Tortuguero, Costa Rica
Give us feedback 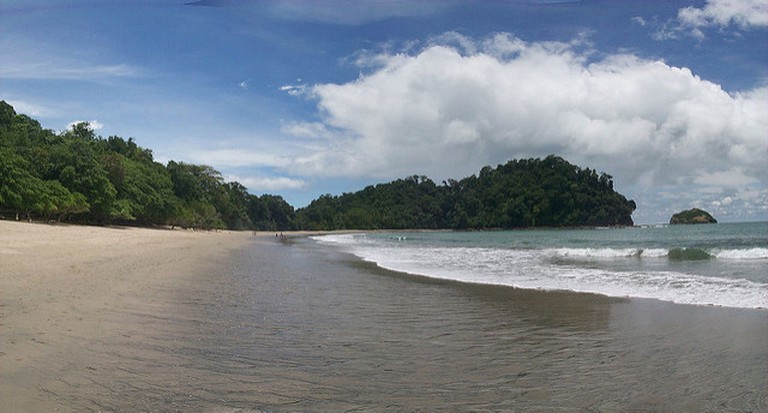 Manuel Antonio beaches | © jmcmichael/Flickr
A quaint ocean-side village, Manuel Antonio is most famous for its national park, spanning several natural habitats and a plethora of endangered species — in particular, the squirrel monkey that calls this park its home. Yet, when hiking through the lush undergrowth of the jungle takes its toll on weary souls, the bustling town provides a wonderful place to relax and kick back. Consider staying at one of the luxury condos along the white sand beaches, or a cozy hideaway hotel in town for an immersive experience into Costa Rican culture. In the warm evenings, take a dip in the refreshing waters of the public beaches such as Playa Espadilla and La Playita.
Open In Google Maps
Quepos, Puntarenas Province, Costa Rica
+50627775185
Visit Website
Give us feedback 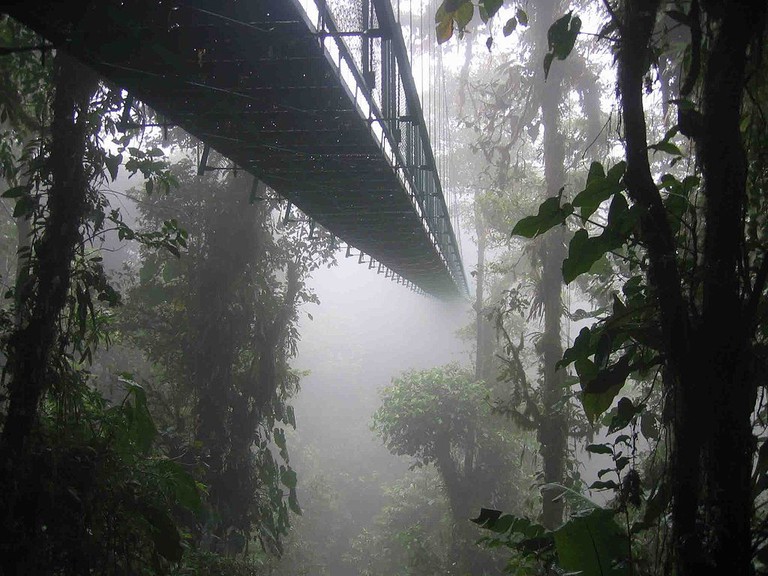 The Sky walk at the Monteverde Cloud Forest Reserve | © WikiCommons
The Monteverde Cloud Forest biological reserve prides itself for being one of the best examples of sustainable tourism in the world, housing an impressive 2.5% of the worldwide diversity within 10,500 hectares. The forest is home to over 2,500 plant species, 100 mammal species, 400 bird species (including the famous Quetzal) and 120 reptilian species, all visited by over 70,000 people each year. Embark on one of the many guided tours or go solo on a hiking trail to come face-to-face with the outstanding natural beauty Monteverde has to offer.
Open In Google Maps
Carretera a Reserva de Monteverde, Monteverde, Provincia de Puntarenas, Costa Rica
+50626455122
Visit Website
Give us feedback 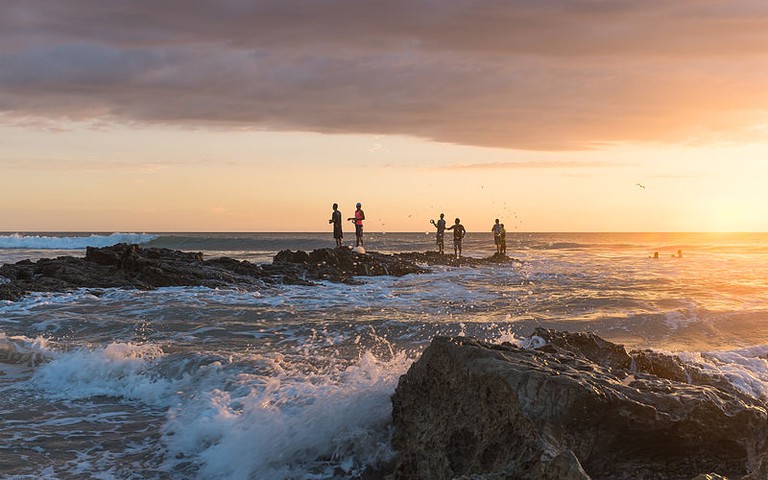 Playa Santa Teresa | © WikiCommons
Fishermen at Sunset, Playa Santa Teresa, Costa Rica | © WikiCommons Located on the edge of the Nicoya Peninsula, Santa Teresa is another small fishing village that is considered one of the most beautiful in the country. Although it is a booming travel destination for thrill-seekers, it has managed to hold onto its tranquil charm. These days, the town is not only known for being a haven for surfers of all levels, but it also offers fantastic hiking, horse-back riding and even canopy tours. Additionally, for those looking for their rainforest fix, the Cabo Blanco Nature Reserve is a mere five kilometers away — as the country’s first protected area, it remains an integral part of Costa Rica’s wildlife conservation programs and serves as an important seabird sanctuary in this part of the world.
Open In Google Maps
Santa Teresa Beach Puntarenas Province, Costa Rica
Give us feedback 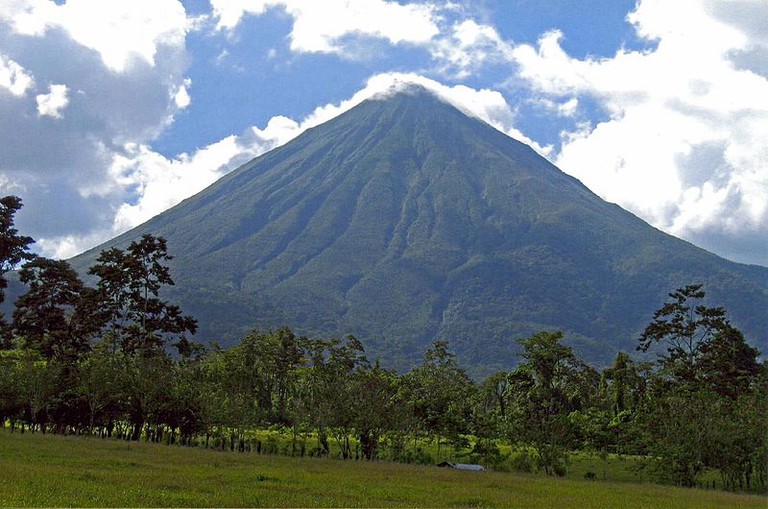 Arenal Volcano | © WikiCommons
The Arenal Volcano’s most recent eruption was in 1968, which has ironically boosted its appeal to visitors every since. Today, it is considered to be one the most important volcanoes in the country, drawing thousands of visitors each year who marvel at the regular lava flows being omitted from its majestic mouth. A perfect cone-shape, it is no wonder that the Arenal is named one of the most beautiful natural wonders of the world — so much so, that even tribes thousands of years ago considered it as such. Today, those visiting the area are welcome to walk through the humid rainforest of the Arenal Volcano National Park, observing the old lava trails and exceptional wildlife hiding within.
Open In Google Maps
Alajuela Province, Costa Rica
Give us feedback 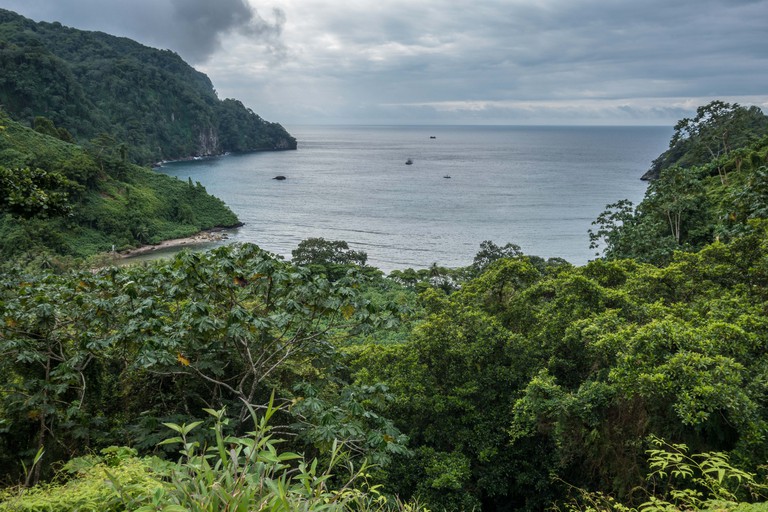 View over Wafers Bay Cocos Island Costa Rica. | © HakBak / Shutterstock
More than 550km off the coast of Costa Rica, Cocos Island is known as the only eastern Pacific island with a tropical rainforest. Coincidentally, it is also made famous as the island that greatly inspired the Jurassic Park movie franchise — in fact, some of the film’s most evocative scenes were filmed here. Surrounded by deep waters and counter-currents, it is a mecca for scuba divers, who travel the globe to visit one of the 20 dive sites and to come face-to-face with the ocean’s population of scalloped hammerhead sharks, rays, moray eels and dolphins. As nobody is allowed to stay on the remote island, except for a few chosen Costa Rican Park Rangers, visitors can only explore the island aboard a professional Costa Rican live-aboard dive boat.
Open In Google Maps
550 kilometers off the Pacific coast , Puntarenas Cocos Island , Costa Rica
Visit Website
Give us feedback