Songs You Need to Listen to When In Costa Rica 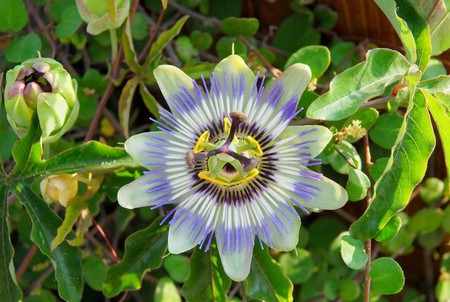 There is a lot of musical talent in Costa Rica, especially in San José where the music scene is thriving. There are incredible reggae and indie rock bands from Costa Rica that most definitely need to make your Costa Rica playlist. The following songs are perfect for your adventure through the mountains, to the rainforest, and down by the beach. Experience the rhythm of Costa Rica through a few of the most popular Costa Rican bands.

Café Surá is a seven member reggae band from Costa Rica. The band formed in 2013 and has since produced an EP, two singles, four videos, and a full length album called Río Adentro. They have also performed with the Philharmonic Orchestra, Joss Stone, Los Cafres, and Cultura Propética. This talented group should definitely be on your Costa Rican playlist.

Passiflora is a gypsy folk band that has an incredibly unique and beautiful style and sound. Their songs are poetic and are performed in English, Spanish, and French. They have two albums and this particular song took the number one spot on the Costa Rican charts. This whimsical seven person band is headed by composer and singer Mariana Echeverria who started Passiflora in 2011.

Cocofunka is a six-man band that formed in 2007. They have since released an EP and two well-received albums, Elevarse and Hacer ecoo. The song “Suele Suceder”, which translates to “it usually happens”, was actually part of a soundtrack for a movie project that the band participated in. The song remained on the top of the 979 list for six weeks and was one of the top 10 most requested songs in Costa Rica for several weeks.

Florian Droids is a four-man psychedelic rock band from Costa Rica that was formed in 2010. The band released a self-titled first album in 2011. They have since played concerts, created music videos, released a second album called Osos de Agua, and even did a fundraising concert series.

Ojo de Buey is the most popular reggae band in Costa Rica. The band was born in 2007 when a group of friends from San José got together to play music. Over time, the reggae band started incorporating more Latin flare into their music and has continued to grow, play concerts, and succeed as musicians not only in Costa Rica, but also in Columbia, Panama, Nicaragua, El Salvador, Guatemala, and the United States.

In 2004, the band Un Rojo, (A Red), formed in Costa Rica. This reggae rock band took Costa Rica by storm and has played with such legendary reggae rock bands as Israel Vibration, Steel Pulse, SOJA, Natiruts, Skatalites, Cafres and Nonpalidece. They have had several national and international tours in Costa Rica, El Salvador, Nicaragua, and Argentina.

Alphabetics are an indie funk dance band from Costa Rica. This four-piece band formed in 2011 and started creating their own unique style of music, which blends dance, Latin rhythms, funk, and punk rock. They have toured internationally, including twice in the United States. The band has received several awards and international recognition for some of their singles and EPs.