The narrowest part of Costa Rica is only 120 kilometers/75 miles across from the Pacific coast to the Caribbean coast. With the right conditions and high enough elevation, it is possible to see both coasts at the same time. A view like this is extremely rare and one that requires a bit of effort and a bit of luck to achieve. However, the reward of taking the chance and making the climb is totally worth it.

There are two vantage points in the Central Valley of Costa Rica where it is possible to see both coastlines. While both summits are high enough, the conditions aren’t always conducive to this expansive two-way view. The clouds are to blame for the obstruction.

Irazú Volcano is Costa Rica’s highest active volcano. Its most monumental eruption took place in 1963, while its last eruption was in 1994. It is still considered active though, and evidence of this can be seen in the steam that rises from some of the craters. There are several craters, and one, Diego de la Haya, that is famous for its opaque, sea-form, green mineral lake that has pooled inside of it. There is a one-kilometer/half-mile trail that connects all the craters. 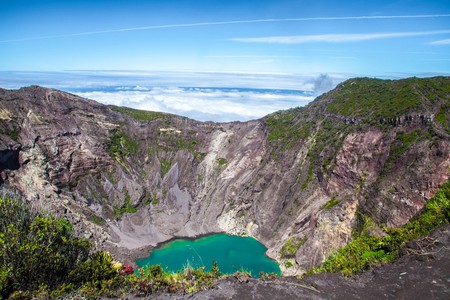 The summit is 3,432 meters/11,529 feet above sea level. You can drive all the way to the entrance of the park, which makes this a very accessible high elevation spot. There is a $7 entrance fee, which is a steal for the incredible views and experience, even if you don’t get that coveted dual-ocean view.

Your best chance of viewing both coasts from this magnificent viewpoint is early in the morning during the dry months of December through April. Make sure that you bring warm clothes with you, as the temperature at this elevation is quite chilly and it is not uncommon to see frost early in the morning. 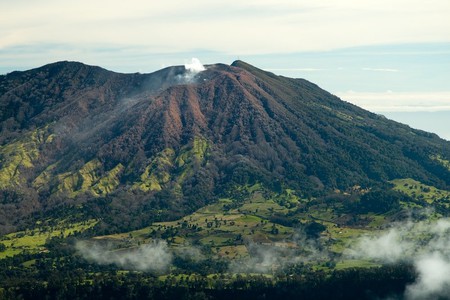 Above the clouds | © Celso Diniz/Shutterstock

Mount Chirripó is Costa Rica’s highest mountain. Its summit, Cerro Chirripó, is 3,820 meters/12,553 feet above sea level. From this extreme elevation it is possible to see both coasts, but again, weather conditions are a major factor. This submit is not for the faint of heart though. It is a major excursion to reach the top and only ambitious hikers and physically fit adventurers should attempt this trek. 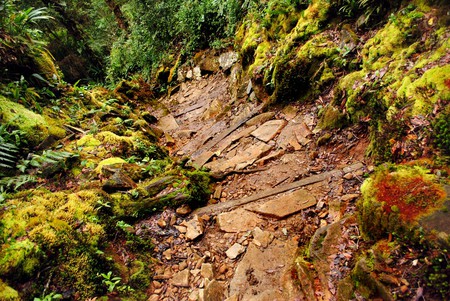 From the small town of San Gerardo de Rivas, it is a 20 kilometer/12.4 mile hike to the summit. The rugged trail takes you through several biologically rich zones. The adventure up usually takes between two and three days, but has been done in one day by fanatical hikers. You must bring all of your own supplies, including water, camping, and cooking gear, and cold weather clothes. You must also make a reservation to hike and or camp here.

For those who complete the arduous hike, the reward is beyond fathomable. The views of the surrounding valleys, forests, and lakes are exquisite and if you happen to arrive when the clouds have cleared away, you will get the bonus of seeing both the Pacific and Caribbean coasts. And don’t forget about the invigorating sense of accomplishment that comes with completing a hike that not many people ever attempt to do. 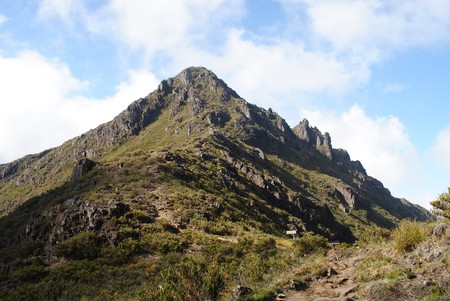