Guardians of the sea | © Ryan Espanto/Flickr

Why we should care

Aside from the fact that we should care about all living creatures on this planet and protect them against inhuman treatment, brutal slaughters, and extinction, sharks are incredibly important to the ocean’s ecosystem. It should be safe to say that at some point in elementary school we all learned about food chains and how they work. While all parts of a food chain are vital, the chain will be devastatingly compromised if the apex predator (or top of the food chain) is removed. Sharks are one of the top apex predators in the sea. They keep the ocean in balance and therefore healthy. The ocean and all of her inhabitants in one way or another depend upon sharks. As humans, we rely heavily on the ocean (climate, food, jobs, leisure), whether we live by it or far from it, and therefore we also depend upon sharks. 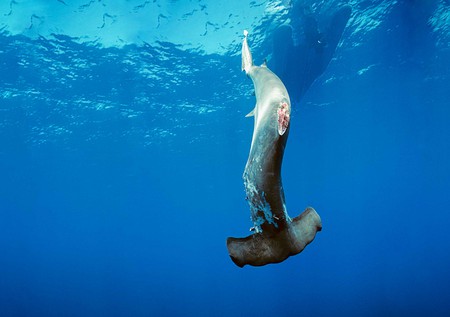 Unfortunately, Costa Rica is a major exporter of shark fins. While the country upholds a worldwide reputation for being environmentally-friendly, green wise, and conservation-driven, the government has been flip-flopping for well over a decade on shark protection and fishing laws. As it stands now, the government will not protect any shark species that are of commercial interest. Enforcement of the laws that do exists to protect marine animals and the ocean environment are often too lax. The profits from shark finning are astronomically high and just below that of the international drug trade.

In 2011 alone, around 350,000 and 400,000 sharks were killed for their fins in Costa Rican waters, even though it has technically been illegal since 2001. There are all sorts of loopholes in the law that have been exploited, such as the fins must be attached to the shark in order to bring it into port. So instead the fishermen, both local and foreign, started bringing the fins in but attached to just the spine. Shark populations, especially around Isla del Coco, are plummeting so fast that they might not be able to recover, since most sharks can’t reproduce until much later in their lives, sometimes as late as 20 years of age for the larger sharks; and they also have very long gestation periods and typically don’t produce very many young at once. 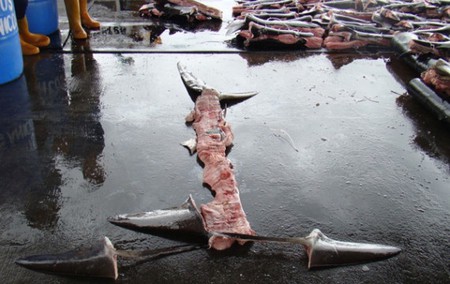 The loopholes must be closed | © Courtesy of Interpol

Is anyone sticking up for the sharks?

Fortunately, yes. While there is a lot of corruption and money motivated people who are blatantly disregarding the pleas and protests of the environmental and shark activists in Costa Rica and the international community of shark advocates and conservation organizations, there are people who are standing up for sharks, both locally and abroad. Through protests, petitions, educational programs, scientific research and data collection, direct field conservation projects, policy advocation, and promoting awareness through social media, documentaries, blogs, and TED Talks, the fight for the sharks is only gaining momentum. Dr. Sylvia Earle once said, “With knowing comes caring.” Everyone needs to know. 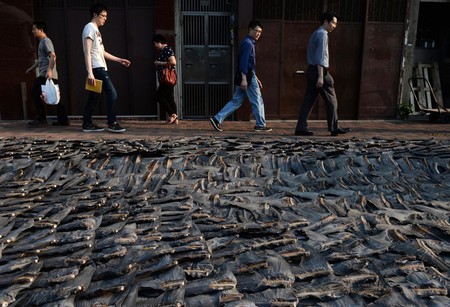 The fins end up in Hong Kong | © Dale la Rey/AFP

The voice for sharks (and turtles) in Costa Rica

In 2003, Randall Arauz’s organization PRETOMA captured footage of a Taiwanese vessel with 30 tons of shark fins under the cover of darkness at a private dock in Puntarenas. The boat, Gruida U Ruey, sawed off the fins of 30,000 sharks in Costa Rican waters. This footage horrified Costa Ricans and the international community alike, and provided the fuel that Arauz’s organization needed to fight for the sharks and work toward ending the gruesome shark finning trade in Costa Rica and worldwide. 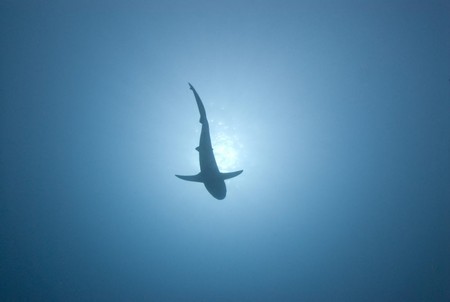 Randall Arauz is a Costa Rican sea turtle biologist, conservationist, and marine activist who founded PRETOMA in 1997, and since then has been working tirelessly to protect the sharks, sea turtles, and marine environment in Costa Rica. Arauz has been internationally recognized for his courageous and impactful efforts over the years through multiple awards and grants, such as the Goldman Prize and the Whitley Fund for Nature. He and his organization have brought to light on a local and worldwide level the monstrosities that are taking place in Costa Rican waters.

Through petitions with over 80,000 signatures, multiple lawsuits against the Costa Rican government, collaborating with other shark protection and conservation organizations around the globe, educational campaigns, and promoting public awareness and involvement, Randall has become the voice for the sharks in Costa Rica. It is an ongoing battle against the Costa Rican government and international (Taiwan, Indonesia, and China being the most active) long lining and shark finning vessels, but PRETOMA, Arauz, and other organizations like Mission Blue and Sea Shepherd refuse to back down. 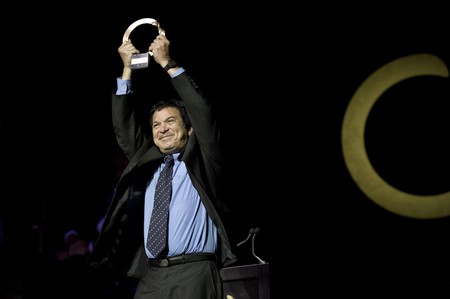 What can we do to help?

Organizations like PRETOMA need all of the support that they can get, and there are a number of ways to help them, regardless of where you are located. Signing petitions is one of the easiest and lowest effort ways to make a difference. There are petitions for every imaginable cause, including shark conservation and protection initiatives. You can help PRETOMA by “adopting” a shark, which will help them continue valuable research on the migratory movements of the hammerhead sharks of Isla del Cocos. You can also get involved by donating some of your time to a shark conservation program, which may include helping to collect data, raising awareness in local communities, or teaching at schools and community centers about the importance of shark conservation and the issues that are standing in the way. Simply donating money is always greatly appreciated as well, since PRETOMA and other shark conservation organizations (Project AWARE, Sea Shepherd, Mission Blue, Shark Savers, and Shark Angels) rely heavily on donated funds. 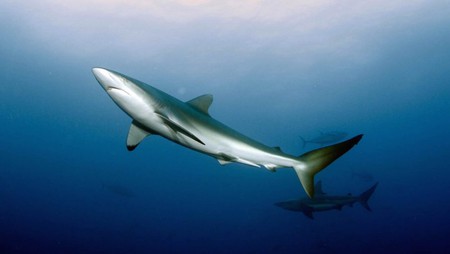 It's not too late | © Avi Klapfer
Give us feedback