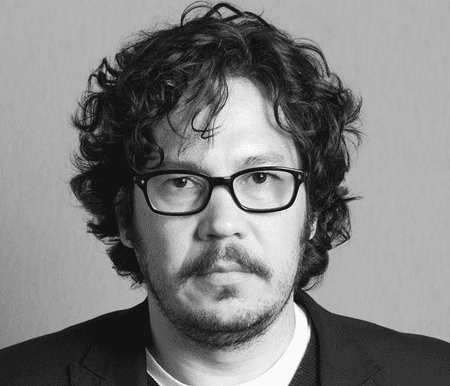 The trio answered some questions about Chaves’s work, Costa Rican literature, and their philosophy on literary translation. Read Luis Chaves’s “Out of Water” in our Global Anthology.

Costa Rica is the unmoving eye in a storm that has besieged its neighboring Central American countries, prospering within a region marred by gang wars (El Salvador), record-breaking murder rates (Honduras), violent revolutions (Nicaragua), international scandals (Panama), coup d’états (Guatemala), and class disparity (Belize). Its lauded progressive stance on environmentalism and its long history of peace has earned Costa Rica the reputation of being a model country. In terms of the arts, being a squeaky-clean state can have its drawbacks. As Thai writer Prabda Yoon once said about his own peaceful country: “I just don’t think we’re that interesting, in terms of culture, in terms of art and cinema… there are no real issues that the world in general would pay attention to.”

Costa Rican poet and writer Luis Chaves has similar reservations. “A country with no major conflicts (at least that’s the idea people outside have about Costa Rica),” he writes, “is not attractive for foreign publishing houses.” For the past couple of years, however, Chaves has bypassed house publication by embarking—along with two superb translators, Julia Guez and Samantha Zighelboim—on his campaign to make footprints in American literary journals, placing poems in Boston Review, Poetry, PEN America, and Public Pool, which publishes “Out of Water”, the Costa Rican selection for our global literary anthology.

We spoke to Chaves, Guez, and Zighelboim about his newest collection of work, their ongoing translation relationship, and the literary scene of Costa Rica.

Could you talk about some of the themes and ideas in Equestrian Monuments? It feels like transience is a big theme. Is this true?
Luis Chaves: Actually, in the Spanish version, there is a short note in the opening, kind of an informal foreword where I say that every book finds its way of being written. As you know, some books are written in a specific period, or in a three-month writing frenzy, etc. I explain that Monumentos Ecuestres, which was published in 2011, gathered texts written from 2002 to texts written a couple of weeks before sending the manuscript many years later to the publishing house (Editorial Germinal in Costa Rica), the most recent being a poem titled “Quince días / Buenos Aires-Rosario-Buenos Aires”. Different poems or texts found a way to come together in a same book that, I agree, deals with transience. With longing too, I would say. All with the tools I have, all written from my limitations. Minor literature.

What were some of the challenges in translating it into English? And what is it like working with two translators as opposed to one?
LC: Julia and Samantha are themselves great translators and writers. When it comes to poetry, I believe that poems or texts should be translated to make them read as good as they can in English. What I mean is that, unless they ask me for specifics, I just let them write their version of my poems. And every time they make my poems better. I think that part of this has to do with their tandem work. Two voices going deeper into the layers of what just one voice wrote or tried to write.

Julia Guez: I encountered Luis’s work (and Luis himself!) while I was on a Fulbright fellowship in Costa Rica in 2011–2012 researching the country’s literary landscape. It was there that I translated most of Monumentos Ecuestres. Vis-à-vis the book’s approach or method, it is dialogical through and through. Chaves creates an easy, musical, conversational tone. It is a constant back and forth, borrowing from other poets and musicians and writers, always evolving and expanding a conversation with himself and with his own work. It seemed only right to enter into a conversation and co-translation with another writer I admired, so I invited Samantha, who was in my MFA program at Columbia University, to collaborate on Monumentos. That began a multiyear conversation comprised of so many sessions of reading and re-reading the text, walking through the most difficult, gorgeous, and musical lines, and asking one another endless questions about how to make them work in English.

Samantha Zighelboim: There are many things that make this collaboration (and the translations that have come out of it) work. We have been patient. Generative until we are content with what we have rendered. And extremely meticulous when it comes to leveraging one another’s gifts and sensibilities to render Luis’s work into English. Since Luis’s work is so often oriented in the specifics of place, time, memory, culture and colloquialism, our greatest challenge has been in rendering those specific nuances in such a way that an English-reading audience might really “get” them; not just in terms of content, but also in trying to mirror the beautiful, lyrical and tonal quality of Luis’s words. That often leads us to rely heavily on our own poetic inclinations. In all, translating these poems together has entailed almost half a decade of work and friendship that’s been, hour by hour, pure pleasure to pursue in conversation between the three of us.

You have a unique style that falls between a more traditional verse poem and more prose-like pieces that bring to mind Bolaño’s Amberes. Who were you reading while writing Equestrian Monuments?
LC: As I said before, a lot of years are between the oldest and the newest poem of this book, so there are also a lot of books that I read during that time. There was even a year where I put aside reading poetry to devote my reading time to fiction and non-fiction. The curious thing is that when I came back to reading poetry, it was with a vengeance—José Watanabe, Paul Muldoon, Inger Christensen, Angélica Freitas, Luis Rogelio Nogueras, Sharon Olds, Damaris Calderón, Enrique Lihn, Adam Zagajewski, Juana Bignozzi, Louise Glück, Julia Hartwig, Germán Carrasco—these are all names that come to mind when I think back on who I read during that period.

Tell me a bit about “Out of Water”, which you wrote after “Abajo del Agua” by Santiago Llach. Could you explain how?
LC: I had read a long poem of youth by the Argentinian writer Santiago Llach that stayed with me for some weeks. Just there, split fragments going around my head. The feeling of scarce oxygen, the sound of water, the conversations of young people going nowhere. There are a lot of poems you can like, poems you carry with you for years, but it’s rare to read a poem to which you can “answer”. This is what I felt. That I wanted to answer the poem (not that the poet himself had to know) was part of a phenomenon of, let us call it, “the-realm-of-poetry.” 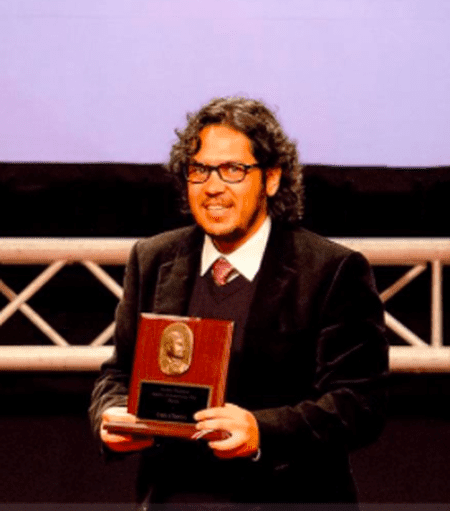 Could you describe the literary scene of Costa Rica? Who are some other notable contemporary Costa Rican writers?
LC: With a few exceptions, Costa Rican culture tends to go unnoticed. This can also be said about its literary scene. This is not a bad thing, it is just a fact. A country with no major conflicts (at least that’s the idea people outside have about Costa Rica) is not attractive for foreign publishing houses. So our readers tend to be our fellow countrymen/women. But Costa Rica has a literary lineage that can be traced back to the early- to mid-20th century with writers such as José Marín Cañas, Fabiàn Dobles, Yolanda Oreamuno, and Virginia Grutter. Though they are all dead, Costa Rica’s contemporary literary scene is very much alive. The list of contemporary writers I could name now would be too long to list, but I can mention a few here: Rodolfo Arias, Osvaldo Sauma, María Montero, Carlos Cortés, Catalina Murillo, Gustavo A. Chaves, Carlos Fonseca, and Juanjo Muñoz Knudsen.

What are you currently working on?
LC: A new book, a mix of chronicle and nouvelle, is being published in the coming months. It is about (more or less) a year I spent in Berlin with a fellowship (Berliner Künstlerprogramm). And I am working, with no hurry whatsoever, on another short novel. It is the follow-up for a short novel that was published in 2015 (Salvapantallas), loosely the story of a house that has had four generations living there—the house that belonged to my grandmother.

But I am mostly reading now, which is my favorite way of writing.

Read Luis Chaves’s short story “Out of Water” from our Global Anthology here.