There’s a saying in Costa that goes, “Donde hay salsa Lizano, hay un Tico.” This translates to, “Where there is Lizano sauce, there is a Tico.” Lizano sauce, also called Salsa Lizano and Salsa Ingles, is the pride and culinary joy of Costa Rica. For almost 90 years, Lizano sauce has been a staple on every table and in every home. It has also captured the taste buds of travelers from all over the world.

In 1920, a man from the province of Alajuela named Prospero Jimenez created a sauce that would quickly and forever become Costa Rica’s national sauce. Prospero owned a bar in the middle of town between Central Street and 4th Avenue. He had been playing around with pickling recipes and eventually created a boca (what Costa Ricans call a snack) of pickled vegetables. Due to popular demand, he began mass producing his creation and started selling it to local grocery stores. He was a natural businessman.

A few years later, Lea and Perrin Worcestershire sauce hit the shelves in Costa Rica. Prospero tasted this newly popular sauce and decided that he could make a way better version himself. So, that’s what he essentially did and the sauce that we now know and love as Lizano Sauce was born. It wasn’t until 1950 that Prospero shared his secret recipe with a longtime trusted employee named Claudio Rojas Araya and decided to expand the business. Claudio took the recipe to a man named Prospero Lizano who owned a factory with the means to mass produce it. The sauce was officially named after the owner of the factory. 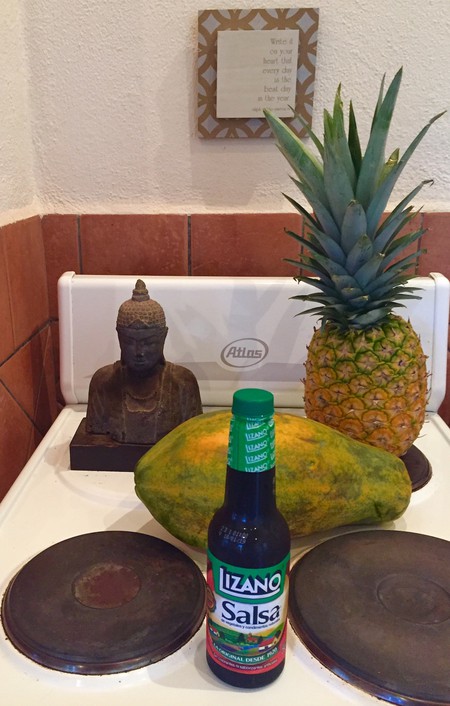 No kitchen is complete without it | © Jenn Parker

Salsa Lizano is a tangy, slightly sweet, and very slightly spicy brown sauce. It is made from water, sugar, salt, carrots, chili peppers, cucumbers, cauliflower, dry mustard, celery spice, turmeric, and molasses. The sauce is smooth and a bit runny. Salsa Lizano is pretty much delicious on everything. Costa Rican’s typically use it in their Gallo pinto and tamale recipes, among other traditional dishes. It is also used on eggs and breakfast items, fish, chicken, pork, steak, hamburgers, and pretty much on anything else one’s heart and stomach desires. While some immediately fall in love with it, others find it to be a more acquired taste. However, once you acquire a taste for it, you will crave it! 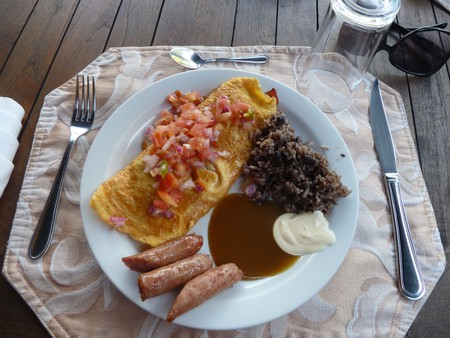 Where can you find it?

Salsa Lizano is present in 99.9% of restaurants in Costa Rica, especially traditional Costa Rican restaurants or Costa Rican-owned establishments. You can buy it in any grocery store throughout the entire country. It’s also available at multiple stores at the Juan Santamaria International Airport in San Jose and Don Oduber Quiros International Airport in Liberia. There are several places that you can purchase Lizano sauce and other Costa Rican-made products online. Tico Shopping, Amigo Foods, Lizano Site, and Amazon are just a few of the online stores that carry Lizano. Lizano is also a well recognized brand that makes several other products, such as hot sauce, mayo, ketchup, and mashed beans (a must-try).