How a Hotel Is Saving Tropical Birds in Costa Rica 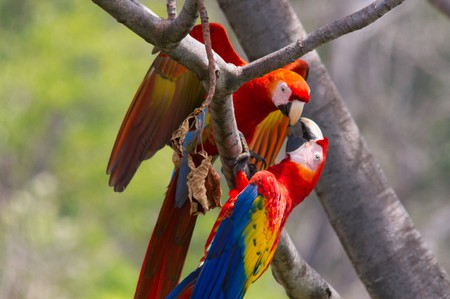 Find out how one admirable hotel on the central Pacific coast of Costa Rica is protecting beautiful exotic birds and the environment while also providing guests with a truly exceptional stay.

The avian icon of Costa Rica

The scarlet macaw, ara macao, is an icon of Costa Rica’s central and southern Pacific region. This gregarious, highly intelligent and rainbow-feathered tropical bird has long been a highly sought-after prize for avid birdwatchers and nature loving travelers alike in Costa Rica.

The scarlet macaws of Costa Rica typically cruise the coastline and nest, breed and feed in the rainforest. However, the birds are under threat from habitat destruction, climate change, and illegal poaching by laperos (people who steal scarlet macaws from the wild to sell them as pets and attractions on the world market).

It is estimated that there are fewer than 2,000 scarlet macaws left in the wild in Costa Rica. Fortunately, some pretty amazing people, organizations and even hotels in Costa Rica are helping to protect and revive the iconic avian population.

This is one of those inspiring hotels

Hotel Punta Leona is a shining example of sustainable tourism and land, resource and wildlife conservation at its best. Located just an hour away from San José in the canton of Garabito near the Carara National Park, Hotel Punta Leona offers guests a tropical rainforest and beach escape. Since 1975, Hotel Punta Leona has been dedicated to the environment and local community, and implements practices and programs that benefit both. 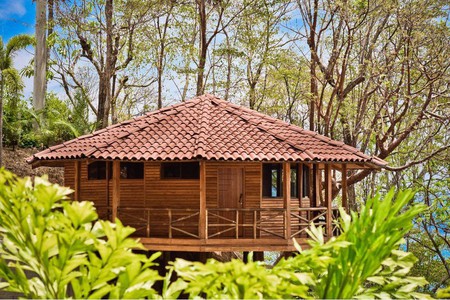 In 1994, with the help of Dr. Christopher Vaughan, Hotel Punta Leona created a scarlet macaw conservation program. Prior to that, Dr. Vaughan had spent several years studying the scarlet macaws, their habitat, their food source and their breeding behavior. He discovered that the birds eat more than 40 different types of plants, spend between 70 and 75 days protecting and caring for their young, and that 18 nests had been built on Hotel Punta Leona’s property.

With this valuable information, the Red Macaw Conservation Program was created. Hotel Punta Leona built several artificial nests, installed cameras to monitor the birds, starting planting trees on which the macaws depend, and began educating the local community. Through all of these efforts, they’ve documented a rise in scarlet macaws in the area.

As a guest or a visitor at Hotel Punta Leona, you can take a nature tour and learn all about these captivating creatures, as well as about the 330 other species of tropical birds and wildlife that reside in this geographically unique part of Costa Rica. 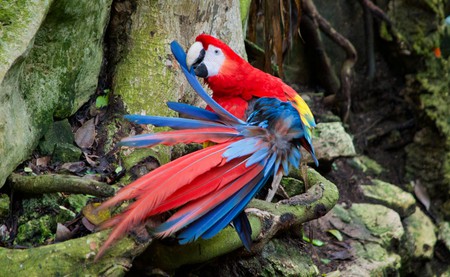 They didn’t stop at the macaws, though

Hotel Punta Leona has also implemented over a dozen programs and campaigns to benefit the environment and the community. They have a program to protect the wetlands of Playa Blanca, a sea turtle conservation program, a recycling program and a reforestation program. They also have a private wildlife refuge and a butterfly farm.

Hotel Punta Leona has an environmental awareness campaign, a campaign against dengue, and it continually offers educational tours not only to their guests, but to local and international students and community members as well. 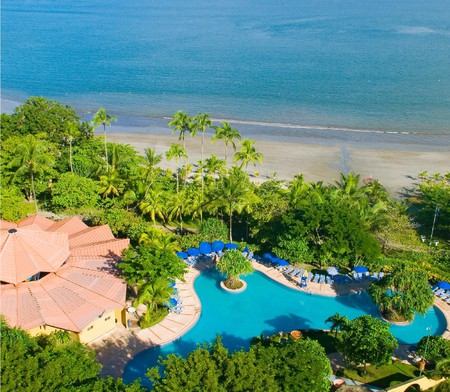