Guide To Visiting Costa Rica During the Rainy Season 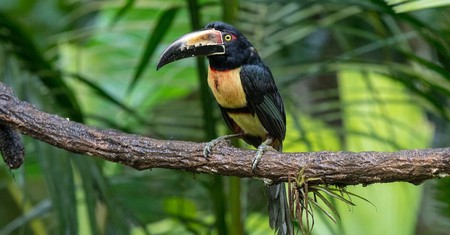 Most of Costa Rica’s annual rainfall occurs between the months of May and December. The further south you travel, the longer the rainy season tends to be, but the drier north has been known to have a long wet season, too. While rain is possible anytime during these months, September through the end of November is typically the rainiest. Some days there might just be one downpour, while other days it might rain continuously for twenty-four or more hours. Don’t let rain deter you though, this season has its own special kind of magic and charm.

If you have ever spent time in Costa Rica during the dry season (especially in Guanacaste), you will understand how incredibly important and cherished the rainy season is to all humans, animals, and plants that live here. Most days during the rainy season include at least one rain shower. The rain usually comes early in the morning or late in the afternoon, but Mother Nature is quite unpredictable so there is no real telling when the deluge will come. The storms in Costa Rica are spectacular though and bring with it the most extraordinary sunset skies. But there are days during the rainy season where there won’t be a cloud in the sky and not a single drop of rain will hit the earth. It is best to be prepared for the wettest weather, enjoy the downtime during the daily storms, and admire the magic the rain produces in the landscape. 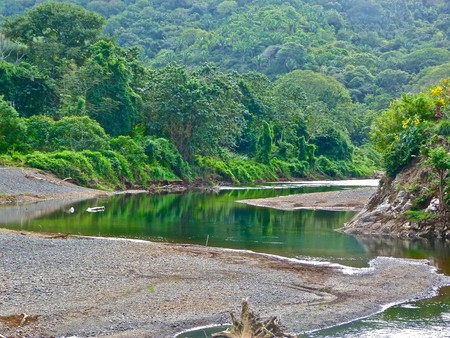 The storms that brew during the rainy season aren’t always accompanied by thunder and lightning. Oftentimes, the rain doesn’t halt popular activities like surfing, sailing, rainforest and cloud forest hikes, horseback riding, and white water rafting. In some places, the forest is so dense that the rain will feel more like a mist than a torrential downpour. The rainy season months tend to be a bit less crowded and less expensive than the high and dry season months. If you don’t mind wearing a rain jacket from time to time, you should not be deterred from exploring Costa Rica between May and December. Everything that you can do and see during the dry season, you can do and see during the wet. Keep in mind though, that rainforest and cloud forest areas in the more southern Pacific region of Costa Rica are usually a lot wetter than in the north. 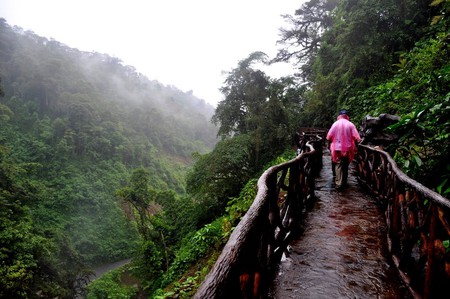 A little rain never hurt anyone | © Panegyrics of Granovetter / Flickr

As long as you are prepared for the season, you will no doubt have a spectacular adventure in Costa Rica during this time of the year. It is of the utmost importance to wear mosquito repellent anytime that you venture out. Rainy season is mosquito season and the mosquitos in Costa Rica carry dengue and other dangerous mosquito-borne illnesses. It is also crucial that you wear sunscreen every time you go outdoors. Even if there is cloud coverage, the sun is significantly stronger in Costa Rica and you can still receive a terrible sunburn on a cloudy day. You should also bring a rain jacket, water resistant sneakers or boots, and pants and shirts that you don’t mind getting muddy while you are out adventuring.