From Feminism to LGBTQ Policies: Here's Everything You Need to Know About Costa Rica's Progressive New President 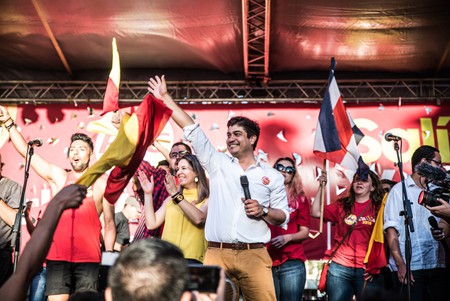 Widespread festivities erupted on May 8 as Costa Rica elected a groundbreaking new president. On this now historic day, the majority of voters celebrated what this victory could mean for Costa Rica, especially for women’s rights and the LGBTQ community.

Carlos Alvarado and his party

Carlos Alvarado Quesada is the youngest president in Costa Rican history, at just 38 years old. He was a former journalist, successful novelist, and a singer in a progressive rock band back in his college days, before turning his attention to politics.

The new president is himself a member of the Citizen Action Party (PAC), but he has stocked his cabinet with members of multiple political parties, including the National Liberation Party (PLN), the Social Christian Unity Party (PUSC), the Broad Front Party (FA), and the Curridabat Siglo XXI. One of his vice presidents (Costa Rica always has two) is the first black female to hold the office in Latin America. Five out of the six congressional leadership roles are now filled by women, and 26 of the 57 congress members are now women as well. 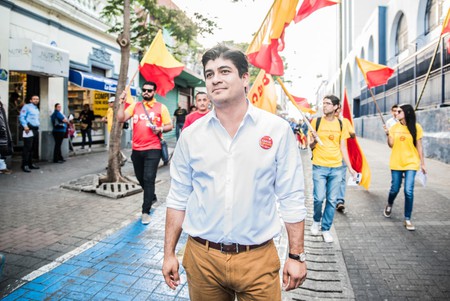 Conservative fundamentalist and Evangelical pastor Fabricio Alvarado took the lead in the first round of votes in February. Alvarado campaigned against same-sex marriages and women’s rights to abortion, birth control, and sex education. He also supported the theory that “gay and feminist-led movements are determined to destroy the traditional family and natural order of society.”

Though Alvarado gained more votes in the first round of elections, he didn’t have quite enough to secure the win; hence, the second elections were scheduled. Under the urgent time pressure, the people of Costa Rica united despite differences in religion, social ideologies, and political parties to ensure Alvarado’s defeat. Costa Rica is predominantly Catholic, and the majority of the population doesn’t outwardly support same-sex marriages, abortions, or birth control. However, a large portion of the people are simultaneously progressive, largely in favor of inclusivity, and think that religion and government should be kept separate. Alvarado’s extremist position scared away those who don’t want a president that defers to the Christian bible over the constitution.

Voting was scheduled for April 1, which also happened to be Easter Sunday. Costa Ricans left their Semana Santa vacations early to ensure they could cast their votes. This action in and of itself is a noteworthy example of putting differences aside for mutual benefit. The 48th presidential inauguration took place at the Plaza de la Democracia in San José the following month. Carlos Alvarado won nearly 61% of the votes, and the majority of Costa Rica celebrated — with particular enthusiasm by the feminist and LGBTQ communities. 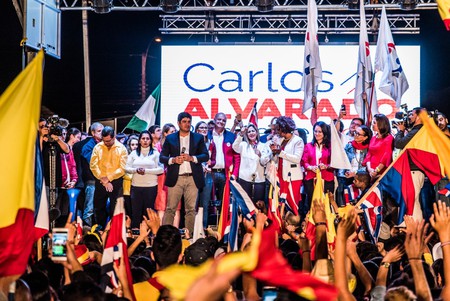 A government for everybody

Carlos Alvarado is quoted as saying, “My commitment is to a government for everybody, in equality and liberty. There is so much more that unites us than divides us.” While his political agenda is robust, Alvarado is most lauded for his particularly progressive stances on issues regarding diversity and inclusion. In addition to pro-choice policies and birth control access, he is currently pushing for same-sex couples to have rights to marry and own property together. He also has some big plans for fiscal reform and eliminating Costa Rica’s dependency on fossil fuels in the near future. In any case, there is certainly much potential change to watch out for in the months and years ahead.