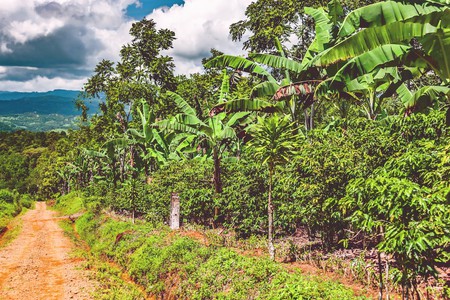 The Boruca tribe is an indigenous tribe that still thrives today in the southern region of Costa Rica, in the Talamanca Mountains near Panama. While their numbers have drastically declined in modern times, the remaining members are fiercely proud of their history, culture, and traditions, and one of the most famous celebrations of the Boruca tribe is the Fiesta de los Diablitos.

What is the Fiesta de los Diablitos?

Every year, the Boruca tribe gathers to celebrate their victory over the Spanish Conquistadors. The Boruca resisted colonization and maintained their autonomy, even though the Spanish far outgunned them in numbers and caliber of weapons. The celebration lasts several days and includes a multi-day symbolic reenactment of the fight between the tribesmen and the Spanish. This dramatic display is called the Dance of the Diablitos, or “little devils.” Only the men of the tribe participate in this traditional dance, which is made up of diablitos, representing the Borucas, and the bull, which represents the Spanish conquistadors.

The women, however, play an integral role in organizing and making preparations for the festive occasion, including brewing up the traditional drink, chicha. This is an alcoholic beverage made from fermented corn; it is prepared eight days before the festivities and served in hollowed-out gourds.

There are two separate Fiestas de los Diablitos every year. One takes place in the village of Boruca and the other in Rey Curre. The elders of the tribe start the festivities at midnight by blowing into a conch shell. In Boruca, this takes place on December 30 and ends on January 2. In Rey Curre, the annual event takes place over the first weekend in February. The celebration ends with the burning of the bull.

The masks and costumes

The Boruca masks are hand carved out of balsa wood. The Borucas believe that the spirit animals of the jungle helped them resist the conquistadors, so their elaborate masks are carved to represent those animals. The masks were originally left unpainted, but now are painted in vibrant colors and are even more exquisite. The dramatic wood masks are truly incredible works of art.

In the Fiesta de los Diablitos, there is only one bull. The dancers wear a cloth bag over their bodies made of a fabric that is similar to burlap and cover themselves in banana leaves and feathers. The craftsmanship of the masks and costumes is such that you will only really appreciate if you see it in person.

How to see the masks and the celebration

The Fiesta de los Diablitos is open to the public and hundreds of visitors come to this incredible display of culture and tradition every year. There is usually a $10 charge, which grants you the right to take photographs while you are watching the Dance of the Diablitos and other parts of the festival. It is an experience like none other and a unique opportunity to witness a living and ancient culture and tradition that has withheld the test of time and modern influences. The famous masks are also sold by the Boruca people and can be purchased in the villages or in artisanal souvenir shops. 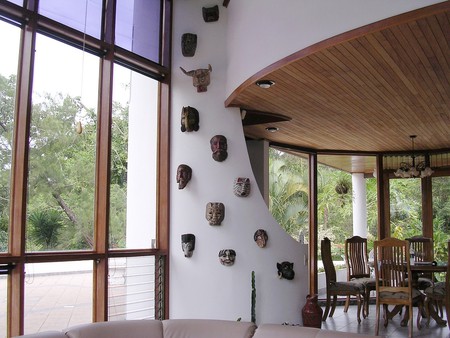 Take some home with you | © Randy McEoin / Flickr
Give us feedback