Costa Rica’s Rarest Creatures and Where to Find Them 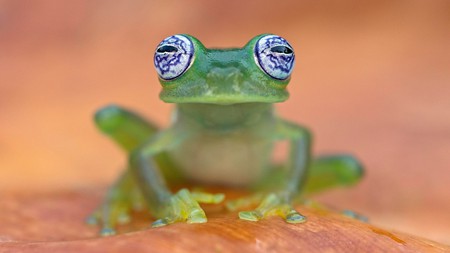 Costa Rica is home to an abundance of rare and unique creatures, both on land and in the sea. This relatively small country in Central America contains 12 main ecosystems and hundreds of thousands of species of animals, including mammals, birds, reptiles, amphibians, insects and fish. While there are plenty of animals that are rather common, there are quite a few that are incredibly rare to see.

For the best chance of a wildlife encounter, book yourself on our epic nine-day tour of the cloud and rainforests of Costa Rica, including the Arenal Volcano National Park and Monteverde Cloud Forest Reserve.

The oncilla, or caucel in Spanish, is one of the rarest animals in Costa Rica. This tiny jungle cat can be found in the lowland forests, premontane forests, and sometimes in the cloud forests that are above 3,000m (9,842ft). This cat is as small as a domestic cat and is sometimes even mistaken for one. They are nocturnal and incredibly elusive. Your best chance of spotting one is on a guided night walk in the Corcovado National Park. 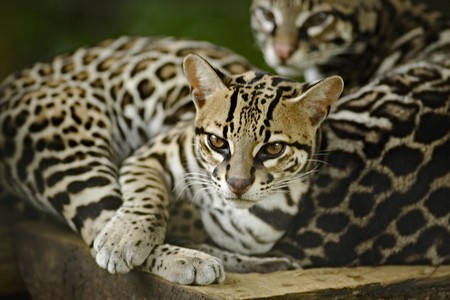 Another elusive creature that roams the primary and secondary rainforests and dry forests of Costa Rica is the ocelot. Aptly named manigordo in Spanish for its “fat paws,” this jungle cat is rarely seen. Ocelot populations have taken a major hit due to the illegal fur and pet trade, as well as habitat destruction. They hunt during the night and sleep in the trees during the day. Your best chance of catching a glimpse of one is in the Santa Rosa National Park, Monteverde Cloud Forest Reserve, La Selva Biological Station or the Corcovado National Park.

The jaguar is an iconic animal in Costa Rica. This large feline tends to live close to water and can be found from northern Mexico all the way down to Argentina. The jaguar is a highly endangered cat and seeing one in the wild is an experience few people will ever have. While poaching used to be a major threat to the jaguar, now the biggest threat is deforestation. Your chances of seeing one are very slim, but are increased when you explore the Santa Rosa National Park, Hitoy-Cerere Biological Reserve, Santa Elena Cloud Forest Reserve, and Tortuguero National Park. 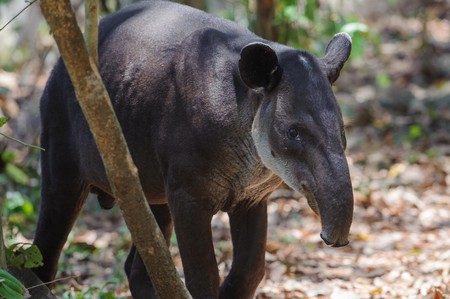 The tapir, or danta danta, is a bizarre herbivore that can be found in the dry deciduous forests and evergreen forests of Costa Rica. These giant mammals can weight up to 300kg (661lb). They used to be common in Costa Rica, but are now considered endangered. The Santa Rose National Park and Corcovado National Park have the largest population of tapirs, but spotting them is still a rarity.

The titi, or squirrel monkey, is the smallest and rarest monkey in Costa Rica. This adorable little primate is found in the tropical evergreen forests, mangroves, and secondary forests of the southern Pacific region of Costa Rica and into Panama. They always travel in troops of up to 100 monkeys. Great efforts are being made in Costa Rica to protect these tiny tree creatures. They can be spotted in the Manuel Antonio National Park and Corcovado National Park, as well as sometimes in Penas Blancas National Park and a few others. 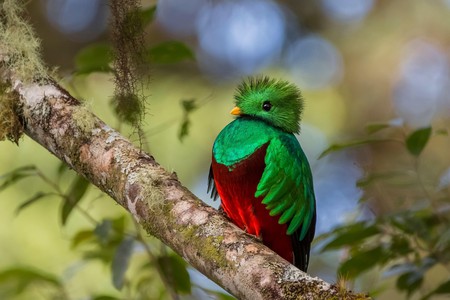 The resplendent quetzal is often referred to as “the emerald jewel of the cloud forest.” This magnificent bird is most definitely one of the most beautiful birds in Costa Rica. Spotting one is tricky because they blend so well into the lush verdant cloud forests. The breeding season, which is between mid-February through May, is the best time to see them. They prefer to nest in wild avocado trees and are most commonly seen in the cloud forests of Monteverde, the Queztales National Park, San Gerardo de Dota, and Braulio Carrillo National Park. 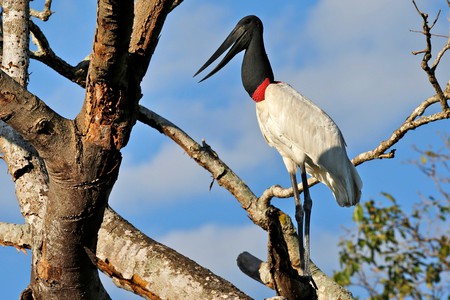 The jabiru stork is called el galán sin ventura in Costa Rica, which translates to the hapless suitor. It is believed there are only around 90 jabiru storks left in the wild in Costa Rica. They only live in one place here – the basin of the Tempisque River. Destruction of their habitat is the main reason for the staggeringly low numbers of this stately stork. A guided boat trip through the Palo Verde National Park is your best chance of spotting the jabiru stork in its natural environment.

The glass frog, or rana de vidrio, is a true marvel. This tiny and partly translucent frog is common in Costa Rica, but rarely seen because of its highly effective camouflage. They can be found in Tortuguero National Park and La Selva Biological Station. There are actually 13 species of glass frogs in Costa Rica. 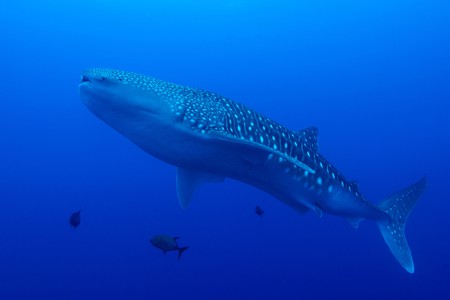 Whale sharks are the largest fish in the world, but only eat tiny plankton | © Juniors Bildarchiv GmbH / Alamy Stock Photo

While whale sharks may be the biggest fish in the sea, they are one of the most docile. The whale shark can grow up to 12m (40ft) long and it survives solely on plankton. They once thrived in most tropical waters around the world, but their numbers have been rapidly decreasing due to the shark fin trade and unsustainable and harmful fishing practices. Encountering a whale shark in the wild is a chance of a lifetime, but one that can happen when diving or snorkeling in Costa Rica.