Why Can't Anyone Work Out the Mystery of Costa Rica's Stone Spheres? 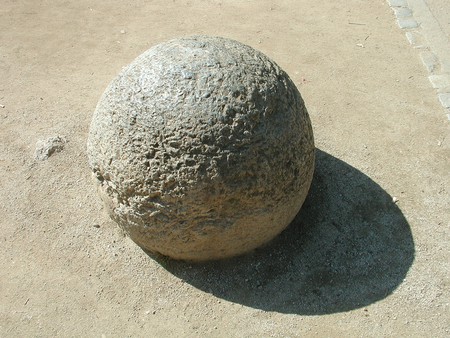 In the 1930’s, the United Fruit Company came to the Pacific coast of Costa Rica in search of new land for banana plantations. The company decided to clear land in the Diquís Valley, which is located in the southwest region of Costa Rica. During this time period, a great number of mysterious and seemingly perfectly-shaped stone spheres were discovered in the jungle.

What exactly are they?

The stone spheres of Costa Rica vary in size from a couple of centimeters to two meters in diameter. The largest one found weighed more than 16 tons. To the naked eye, these spheres are perfectly round and smooth. When they were further examined by archaeologists and scientists using state of the art equipment, they concluded that most of the spheres are not entirely perfect—but close. The stones are made from granodiorite, an igneous rock that is similar to granite.

Where were they found and where are they now?

The first spheres were discovered in the delta of the Terraba River, which is also known as the Diquís River. They have been found as far north as the Estrella Valley and as far south of the Coto Colorado River. There have also been stone spheres discovered on Isla del Caño. Most of the large spheres were found at least 40 kilometers (25 miles) away from potential rock quarries. Unfortunately, the majority of the estimated 300 unearthed stone spheres have been moved from their original locations and are most commonly seen as lawn ornaments around the country. Six stone spheres reside in the National Museum in San Jose. 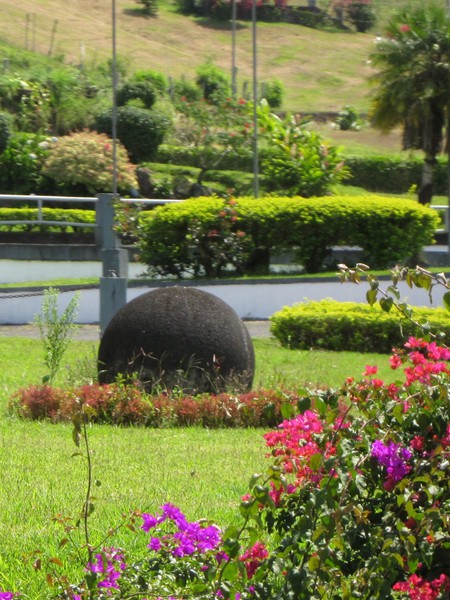 What is their origin?

There are no definitive answers. Since the mid-1900s the stone spheres have been studied by scholars, archaeologists, and scientists yet no one has been able to determine their origin. But there are a slew of theories. Based on artifacts found near some of the stone spheres, it is estimated that they were constructed between 800 A.D. and the 1500s. The balls were likely crafted by the native ancestors of the indigenous tribal groups (Boruca, Teribe, and Guaymi) that were present during the Spanish conquest.

One theory speculates the spheres were constructed from existing boulders that were nearly round. Specialized sculptors could then have used a variety of methods such as controlled fracturing to slowly remove layers of rock until the spheres looked perfect. The spheres could then have been smoothed and shined—perhaps using sand or leather.

To this day, no one really knows why these stone spheres were created. Some believe they were a symbol of status or marked a tribal chief’s property. Others think they were used for ceremonial or religious purposes. They may have also had navigational purposes; many of them were originally found facing north. Before most of them were moved, many of them were located amongst other stone spheres and often created a shape or patterns, such as triangle, parallelograms, or straight lines.

Will we ever know?

Unfortunately, the stone spheres and the myths, theories, and questions surrounding them may never be fully explained, proven, or answered. Many of the stone spheres were destroyed because some people believed gold or treasure lay inside. Many others were moved from their original locations and are now privately-owned or situated in front of government buildings, cultural centers, or museums. The only opportunity to discover their origin may rest in discovering stone spheres in the country that have not yet been touched.