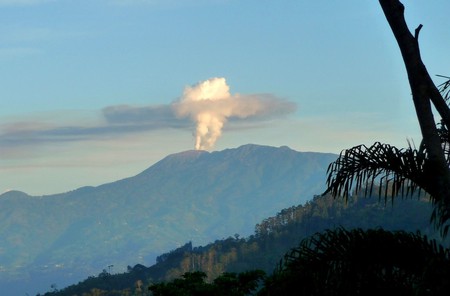 Costa Rica is a land of fire. It is part of both the Pacific Ring of Fire and the Central American Volcanic Arc. There are 200 identified volcanic formations, and while not all are considered volcanoes, about half of those are classified as active – which makes Costa Rica an incredible place to witness some of Earth’s magnificent raw power up close and personally.

The Arenal Volcano is one of Costa Rica’s most iconic volcanoes. Its nearly perfect cone-shaped structure is probably exactly what you think of when you imagine a volcano. While the Arenal Volcano has been inactive since December 2010, it’s still a thrilling and adventurous national park to explore. The Arenal Volcano National Park is predominately lush tropical rainforest and idyllic valleys and is home to the awe-inspiring La Fortuna Waterfall and multiple hot springs. There are great ecolodges to stay in and exhilarating eco-tours to embark on while in this part of Costa Rica.

The Irazú Volcano is one of the few volcanoes in Costa Rica where you can actually drive almost all the way to the top. Because of its ease of access and its closeness to San José, the Irazú Volcano is a very popular destination. Irazú is considered an active volcano, but the last major eruptions occurred between 1963 and 1965. There is a half-mile (one-kilometer) looped hiking trail that you can take to observe the main crater, Diego de la Haya, Playa Hermosa, and the Laguna craters. On a clear morning, you can simultaneously see both the Pacific and Caribbean coasts of Costa Rica from the summit. 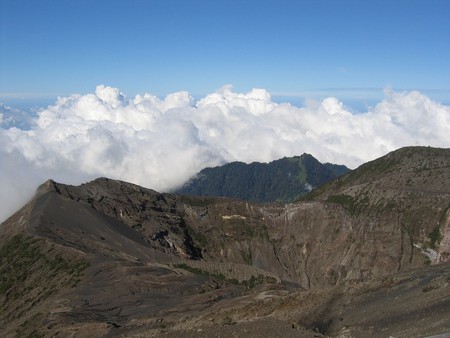 Tenorio Volcano is made up of two craters and four actual volcanoes. The Tenorio Volcano National Park is actually most famous for Rio Celeste, the Rio Celeste waterfall, the hanging rainforest bridges, and Lago Dante. Hiking to the crater through the park is unfortunately off-limits to the public unless you have special permission, but you can definitely experience this volcanic area and the immense natural beauty without climbing to the summit. 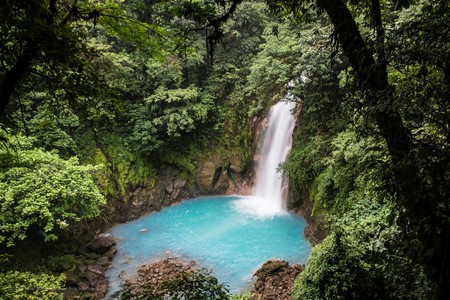 You have to see it to believe it | © Mike Baird / Flickr

Barva Volcano is located within the Braulio Carrillo National Park. It’s classified as inactive, but that shouldn’t dissuade the adventurous from visiting this exquisite volcano and national park. There are several lagoons created by previous eruptions, abundant and diverse wildlife, and dozens of hiking trails. Some of the trails lead to breathtaking viewpoints. The Braulio Carrillo National Park is very close to San José and is perfect for a nature-rich day trip.

Rincón de la Vieja National Park is part of the Guanacaste mountain range and home to nine volcanic craters. The Santa Maria Volcano and the Von Seeback crater are the most famous. Though it’s normally possible to hike to both, the Von Seeback crater is not open to the public right now, due to recent volcanic activity. The park is host to several ecosystems including tropical rainforests and cloud forests, and is home to some of Costa Rica’s most well-known mammals like howler monkeys, spider monkeys, white-faced capuchin monkeys, pumas, jaguars, and tapirs. 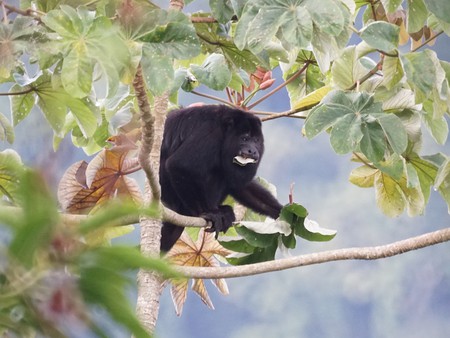 You'll definitely hear them, if not see them too | © Mike's Birds / Flickr

The Poás Volcano has been closed to visitors since April 13, 2017, but there are plans to reopen the national park in June 2018. Poás Volcano has the largest active crater in the world, spanning a mile (1.6 kilometers) across. It also hosts two beautiful crater lakes. Like the Irazú Volcano, the Poás Volcano is very easy to access and there are well-maintained walking and hiking trails. 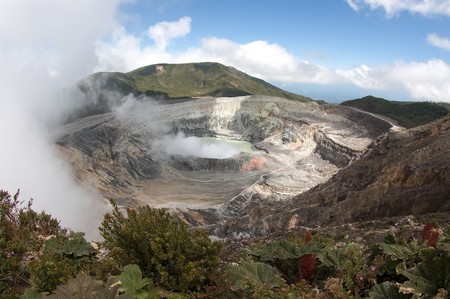 The Turrialba Volcano has been closed to the pubic since 2012. This is a very active, beautiful volcano. At an elevation of about two miles (3,328 meters) above sea level, on a clear day you can see the Caribbean coast and several other nearby volcanos, including Poás, Irazú, and Brava. In July of 2017, the National Seimological Network used a drone to see what was happening in the Turrialba Volcano – and what they found was a lake a lava. While you can’t go to the Turrialba Volcano right now, or probably anytime soon, you can view the lava glow and, perhaps with another eruption, the lava flow from afar.