NORTH AMERICA
/
BELIZE
/
Things to Do

The Ultimate Adventurer’s Guide to Belize 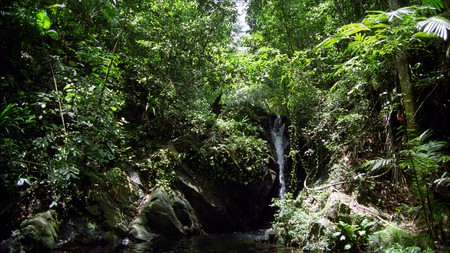 Bordering Guatemala’s verdant jungle landscape and sitting on the Caribbean Sea’s pristine coastline, Belize boasts miles of untouched protected rainforest, spectacular mountain ranges, idyllic tucked-away beaches and the second-largest barrier reef in the world. Although relatively small in size, its unique positioning on the world map means that this pint-size Central American country is a fascinating blend of cultures, with an eclectic mix of landscapes and terrain.

From exploring a precious ancient Maya ritual cave to stumbling across an eerie plane wreck deep in the jungle and snorkeling alongside stingrays, there’s truly nowhere better for thrill seekers. For a distinctly Belizean experience, this is the ultimate adventurer’s guide to Belize.

Belize’s dry season runs from January to May, and the wet season is from June to December. April and May can be particularly humid and warm. Note that there tends to be heavy rainfall from June to November.

For luxury accommodation deep in the Belizean jungle, head to Sleeping Giant Rainforest Lodge situated in the foothills of the Maya Mountains. Nestled in the Blue Hole National Park, and next to the Sibun River, this jungle oasis is surrounded by dense rainforest, lush greenery and spectacular, panoramic views. The lodge has various wooden chalets on offer across the resort, all with air-conditioning, handcrafted wooden decor created locally and plenty of privacy. Complete with cabanas, a pool and an exquisite garden brimming with colorful tropical flowers and wildlife, it’s the perfect retreat. 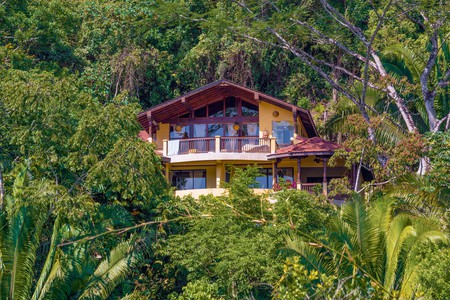 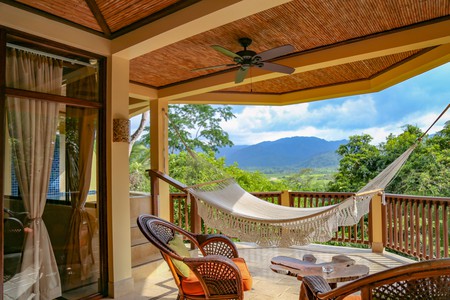 Alternatively, located only a stone’s throw from Hopkins – a quaint fishing village – and positioned on Belize’s tranquil coastline, Jaguar Reef Lodge and Spa is an ideal spot for a picturesque Caribbean beach break with plenty of water-sport activities on offer. Complete with two outdoor pools, a swim-up bar, a fantastic Latin American-inspired restaurant on-site, and with the ocean only moments from your hotel room, this seaside resort is the perfect base for sunseekers or those wanting to explore Belize’s incredible coral reef. All of the activities below can be booked through the Sleeping Giant Rainforest Lodge’s website or the Jaguar Reef Lodge and Spa’s website. 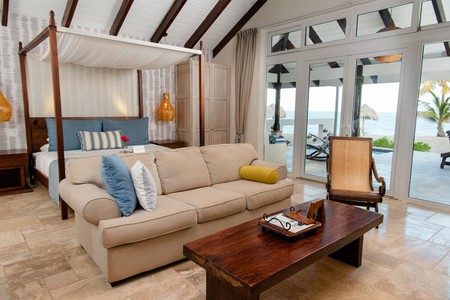 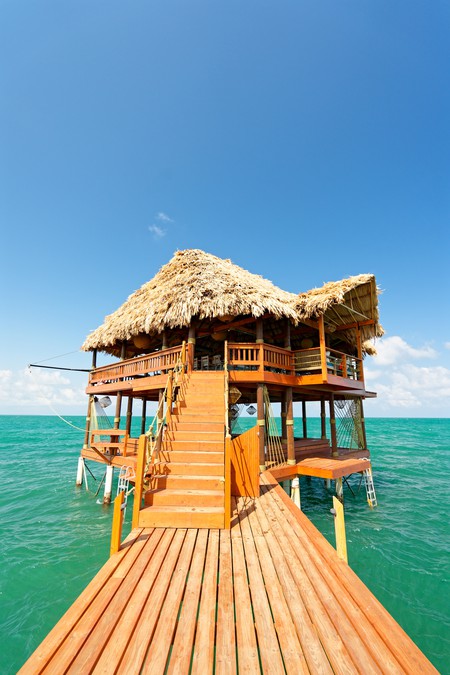 Spot a jaguar in the wild on a night-time excursion 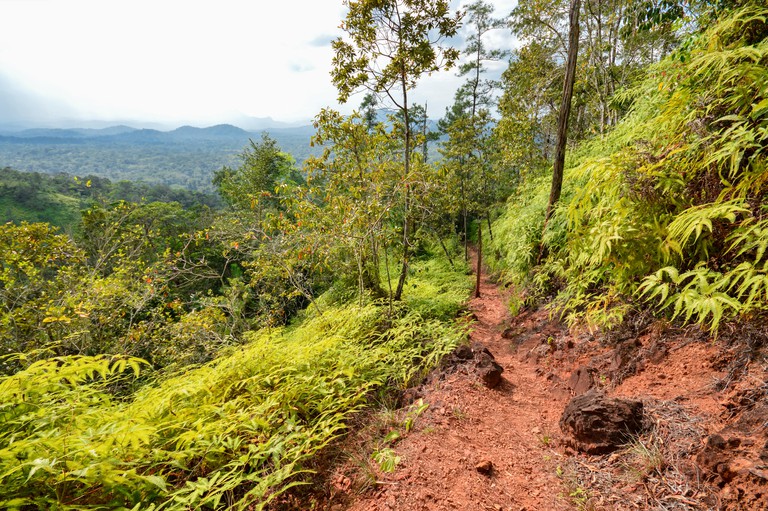 Belize is increasingly being seen as a world leader in preservation and conservation of the natural world. More than 40 percent of Belize’s natural landscape is now protected, and the country has been home to the world’s most famous jaguar sanctuary since 1984. With mass deforestation and industrialization occurring at an alarming rate, there’s a looming threat of extinction for jaguars. However, nestled in the eastern Maya Mountain range, these wild cats are being protected thanks to the perseverance of the Cockscomb Basin Wildlife Sanctuary. After sunset, drive 45 minutes down the Southern Highway and embark on a night-time hike with a local wildlife guide. These wild cats are nocturnal, so there’s a much greater chance of spotting one at nightfall. “Jaguars are solitary animals; however, they are more likely to come together during mating times,” Belizean wildlife guide Mario tells Culture Trip. “There’s 80 to 100 resident jaguars at the sanctuary, but they are very good hiders. They are not always easy to spot. Even if you don’t see one yourself, you can be sure one will have seen you.” With over 250,000 acres (100,000ha) of terrain, the wildlife sanctuary offers 17 hiking trails ranging from ‘easy’ to ‘intense.’ Once there, strap a headlight on, wear clothes that don’t leave skin uncovered, and trek carefully through the rainforest. Wander through dense jungle where you can spot ancient Ceiba trees, known as ‘the sacred tree of the Maya,’ and keep an eye out for other big cats, including puma, ocelot, margay and jaguarundi. Bring binoculars, as the sanctuary is also home to 290 different species of birds, as well as Belize’s national animal, the Baird’s tapir.

Horseback ride through the rainforest 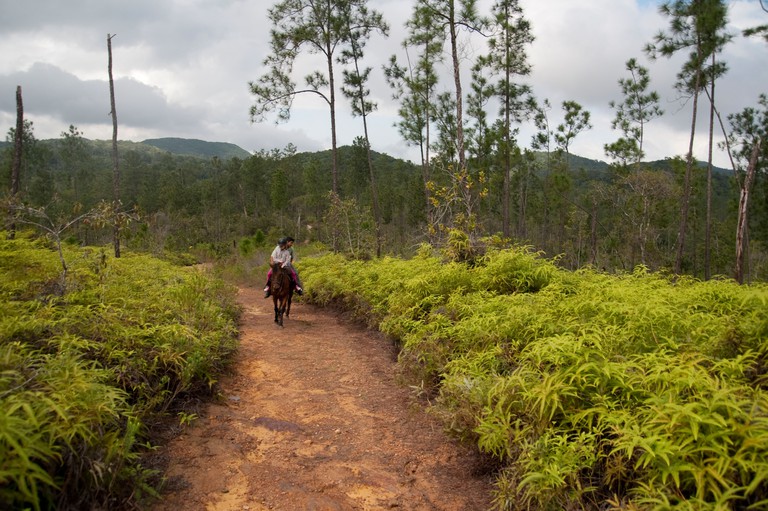 For an adrenaline-packed morning, head into the foothills of the Maya Mountains and horseback ride through dense, verdant jungle. For two hours, trot on horseback along the Sibun River, known as one of the major watersheds in the country. Then take your horse into lush rainforest, where you can gallop through untouched wilderness, with no real path in sight. With overgrown flora, muddy terrain and densely packed trees, this horseback ride isn’t for the faint of heart. Explore 600 acres (250ha) of Belizean wilderness with resident cowboys Danny and Jose, who will guide you through this maze of trees by macheteing a path for you and your horse. Then finish by taking a plunge into a natural spring, where you can immerse your entire body into icy cool water. This trek will certainly get your heart pumping.

Climb your way through an ancient ceremonial Maya cave 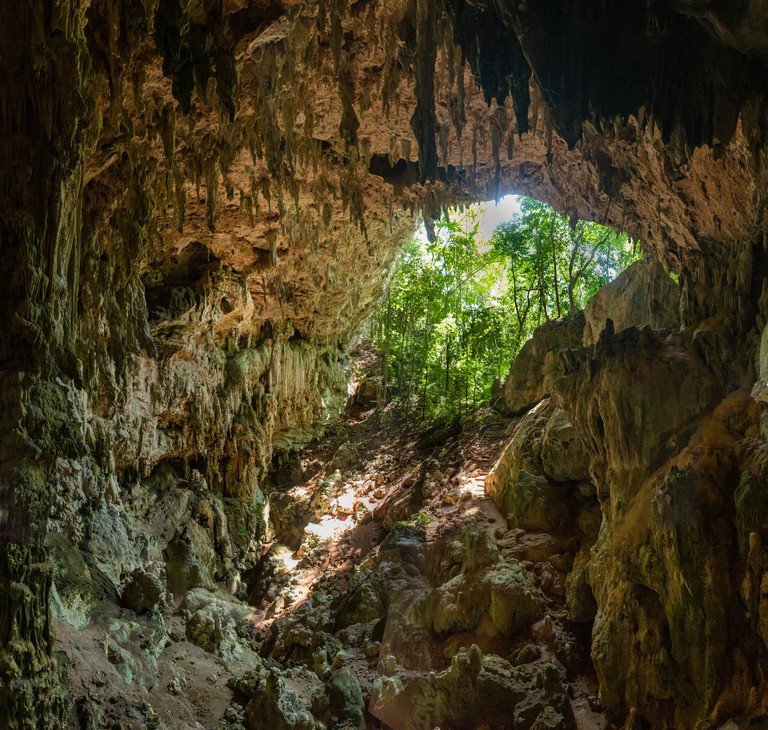 In ancient Maya mythology, there was a belief that the universe was divided into three planes. Kab was the physical Earth, kan was the realm of the celestial gods in the sky above – whereas xibalba (roughly translating as ‘place of fear’) was the underworld and believed to be the realm of the netherworld deities. Over 1,000 years ago, caves played a pivotal role in Maya religion, as they were believed to be a direct gateway to the Maya underworld. Local guide Marvin tells Culture Trip, “Offerings were made to these gods – and the ultimate sacrifice was human life and blood.” He goes on to explain that “this ancient ritual was seen as nourishment to the gods, to deter warfare, treacherous weather and failing crops.” Head into the jungle and discover the Sleeping Giant ceremonial cave. With your headlamp secured, crawl, climb and duck your way through this pitch-black cave, where you will be confronted with a chamber of awe-inspiring natural formations of icicle-like stalactites hanging from the cave’s roof and stalagmites ascending from its floor. Remains of ancient Maya civilization and evidence of sacred ceremonies are scattered across the site. Once you get to the sacred “killing chamber,” as described by guide Marvin, explorers will find untouched ancient skeletal remains, pottery used to offer blood to the gods and tools that helped Maya priests decapitate sacrifices. Exploring this precious, anthropological site certainly isn’t for the faint-hearted.

Hike through verdant rainforest with a machete-wielding guide 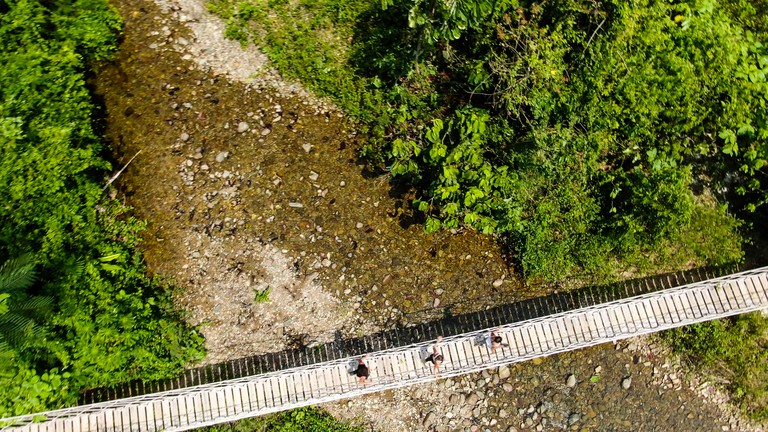 More than 50 percent of Belize is made up of dense jungle, so a trip wouldn’t be complete without getting deep into the heart of its landscape. The Belizean government has gone to great efforts to conserve the nation’s lush rainforests and wildlife, with 80 percent of the land now being under strict government protection. Local guide Pedro will navigate you through a labyrinth of overgrown jungle and, with a machete, hack a makeshift path for hikers to trek through. On your expedition, you will discover more than 5,000 different types of flora – including rubber trees. Pedro explains to Culture Trip, “These rubber trees were first discovered by the ancient Maya people. Mayas would stab a small hole into the trunk with a knife, which oozes a sticky white liquid, and is used to make rubber.” He adds, “Harvesting the white liquid was a steady source of income for the Maya indigenous community.” Along the way, Pedro will also point out medicinal plants used by ancient Mayas, like the red gumbo-limbo tree, which he jokingly refers to as “the sunburnt tourist tree” because of its flaky red bark. The Maya discovered that sections of the tree can be used to treat insect bites, sunburn and exposure to poison wood. Be sure to bring a pair of binoculars, as you will also spot plenty of birds and wildlife on this intrepid hike. 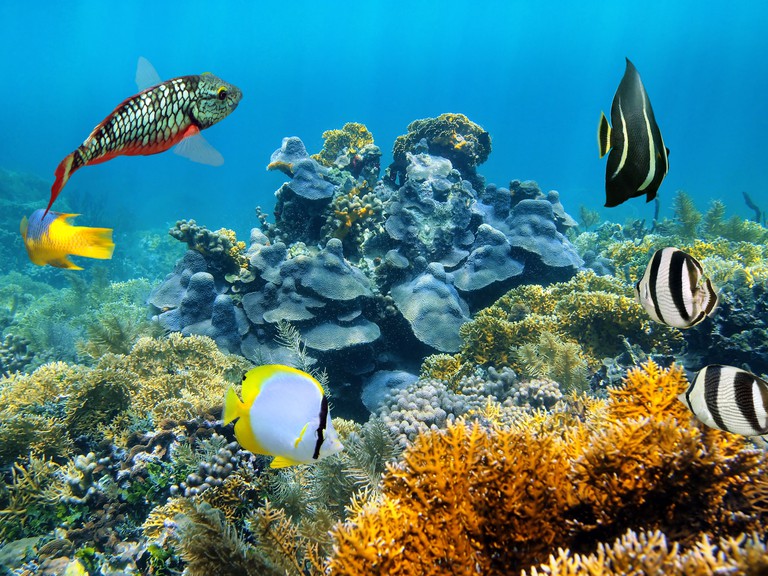 Belize is home to the second-largest barrier reef in the world, only second to Australia’s. Famous for being the longest continuous and unbroken reef in the world, this 185mi (300km) underwater ecosystem was described by Charles Darwin as “the most remarkable reef in the West Indies.” In 1996, this precious natural wonder was awarded UNESCO World Heritage site status; however, in 2009 it was sadly put on UNESCO’s World Heritage endangered list. Under threat of permanent damage due to excessive offshore oil exploration, hurricanes and uncontrolled coastal development, the reef was in real danger of extinction. Immense efforts from the Belizean government, however, went into saving this fragile ecosystem, and in 2018 the reef was taken off the endangered list thanks to Belizean officials securing the long-term protection of the reef. Wake up early and head to the beach to join a South Water Reef Snorkeling tour, where you can swim above the precious reef, and discover Belize’s unique ecosystems. Brimming with a diverse range of marine life, the reef offers the opportunity to swim carefully alongside stingrays and giant turtles, and to spot a glinting plethora of colorful fish, including poisonous pufferfish as well as lion, parrot and butterfly fish.

In 1983, biologist and big-cat expert Dr Alan Rabinowitz (also known as ‘the Indiana Jones of wildlife conservation’) crashed his single-engine plane deep into the Belizean jungle. According to local legend, the plane took off from the landing strip in Cockscomb Basin in the heavy rain of a thunderstorm, and due to the treacherous weather, the pilot lost control. The aircraft’s wing clipped a quamwood tree, which then caused the plane to nosedive into the dense jungle below. Miraculously, Dr Rabinowitz, the pilot and a photographer survived the crash, all escaping with minor injuries. However, the site still remains intact. Trek deep into the jungle and uncover this eerie and abandoned crash-scene spot, which looks like an Indiana Jones film set. Head to the Cockscomb Basin Wildlife Sanctuary and then follow the signposts to this dramatic and mysterious location.