The Best Scuba and Diving Spots in Belize 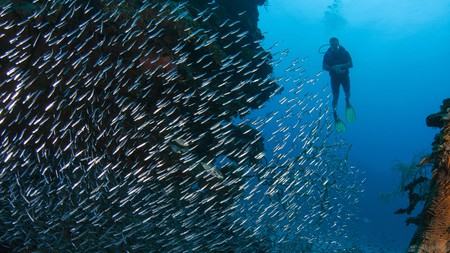 Belize is home to some of the best scuba diving and snorkeling spots in Central America, if not the entire world. With more than 400 islands, you can see why it’s such a popular destination to explore by yacht. Year-round diving conditions in the clear warm waters draws novices and more advanced divers keen to explore.

Discover the best dives sites in Belize by renting a yacht from SamBoat. 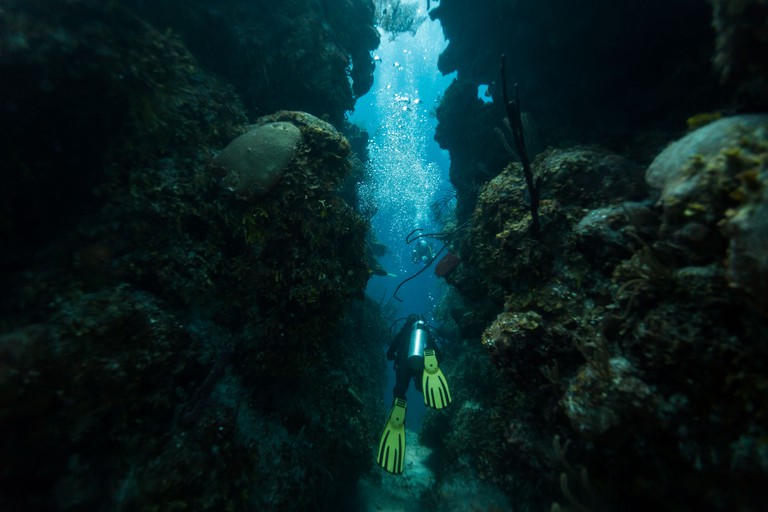 © Belize / Alamy Stock Photo
Part of Lighthouse Reef Atoll, the Blue Hole is one of the best scuba diving spots in Belize, but it’s also popular with snorkelers. It’s the perfect destination for anyone exploring Belize by yacht, and numerous companies offer guided tours. Dive here to see supersized species such as nurse sharks and eagle rays, along with more unusual marine creatures such as toadfish. Look out for the underwater rock formations, too, including beautiful stalactites and stalagmites formed during the Pleistocene period.

Spanish Bay, otherwise known as Spanish Lookout Caye, is a reef dive site just 8mi (13km) south of Belize City, which has several marinas, including one at the Radisson Fort George Hotel. Spanish Cay is great for beginners due to its location – the nearby Turneffe Islands provide much-needed shelter, helping keep the waters calm. Although there’s plenty of wildlife to spot – including turtles, moray eels, nurse sharks and stingrays – it’s the coral most people come to see, and varieties you’ll spot include brain coral and corallimorpharia, which bears an uncanny resemblance to mushrooms. 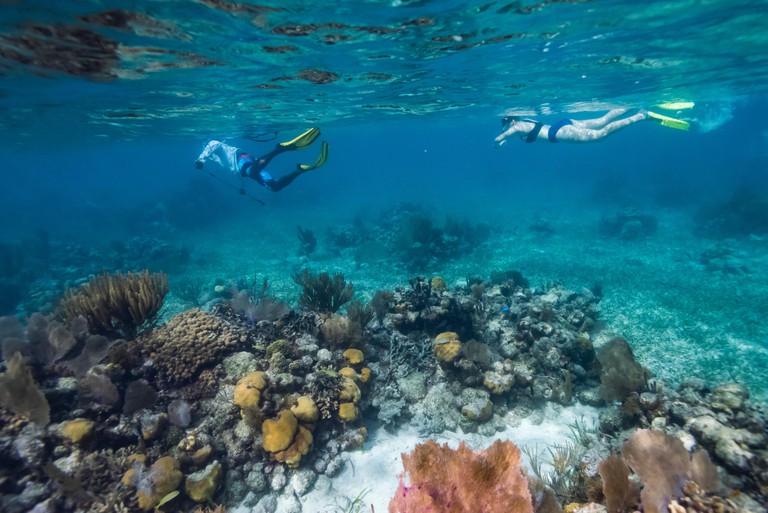 © Keith Levit / Alamy Stock Photo
This archipelago of islands to the south of the legendary Ambergris Caye is one of the most biodiverse dive sites in Belize. It’s also one of the top sailing destinations in Central America. A national marine reserve since 2012, the area is home to a staggering range of fish species and beautiful meadows of seagrass, which attract large marine creatures such as rays, sea turtles, lobsters, dolphins and manatees. Scuba divers should make a beeline for the Elbow, near the southern tip of the atoll. Steep coral walls and a wide range of larger species, such as goliath groupers, make this a popular spot for underwater photographers. 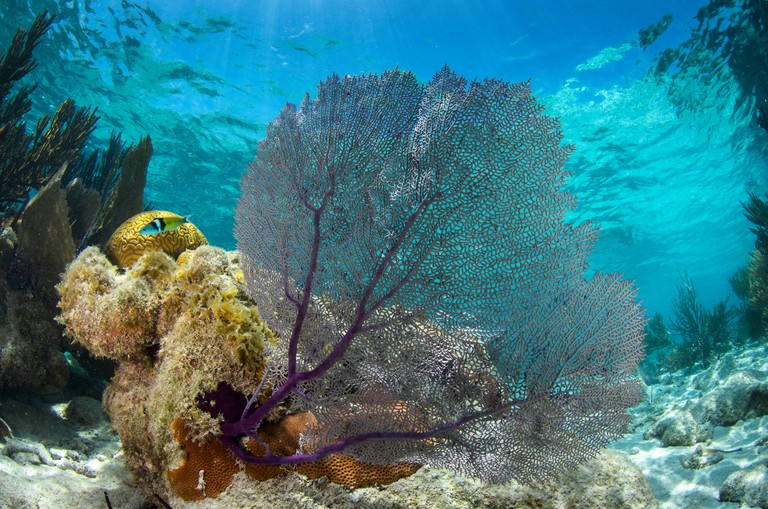 © Danita Delimont / Alamy Stock Photo
Located 50mi (80km) east of Belize City, Lighthouse Reef is a long, wide atoll, regarded as one of the top dive sites in Belize. It’s home to the famous Blue Hole, but we’re dedicating an entire section to this atoll as it’s a particularly great spot for divers or snorkelers exploring the area by yacht. Sailing makes it easy to nip between the numerous islands and dive sites spotting larger species such as groupers and rays in the underwater tunnels the atoll is famous for. 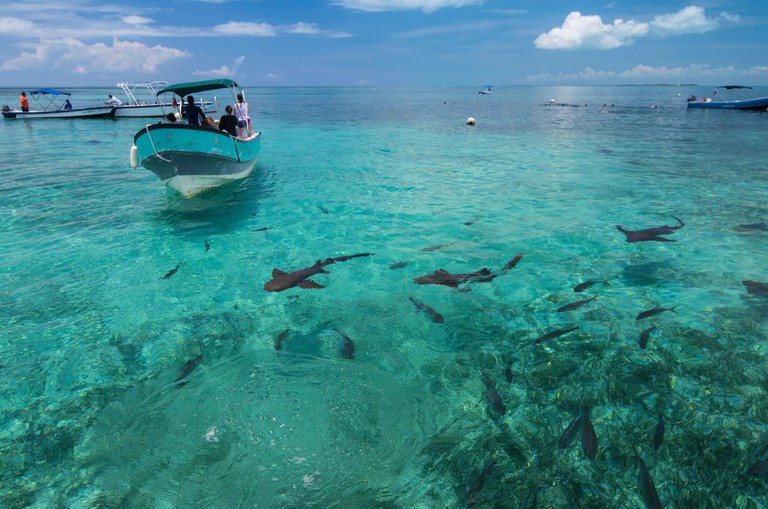 © Danita Delimont / Alamy Stock Photo
A marine reserve established in 1987, Hol Chan covers 3sqmi (8sqkm) and is located south of Ambergris Caye. It’s one of Belize’s most diverse dive sites – scuba divers can explore the wreck of a sunken barge, while there are plenty of shallower areas ideal for snorkelers. The marine life here is famously friendly, so don’t be surprised if entire schools of curious fish encircle you. Larger species to look out for include rays and barracudas, and there’s a wide range of sharks, too. 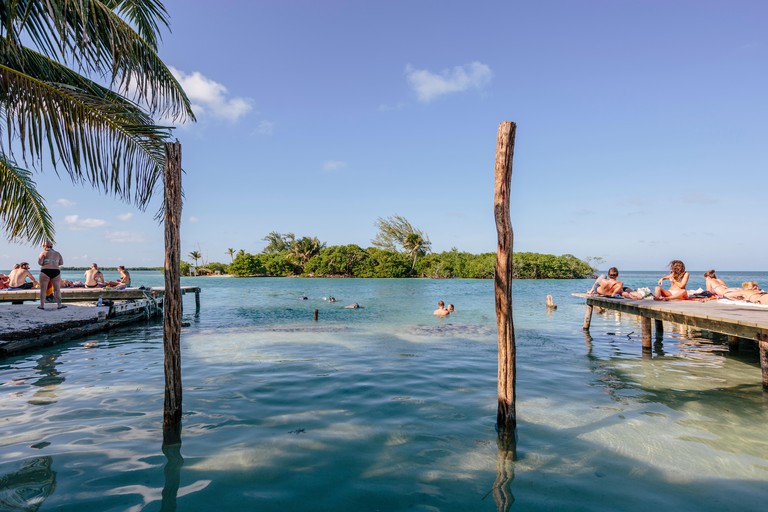 © Christine Wehrmeier / Alamy Stock Photo
Caye Caulker is the second-largest caye in Belize and over time it has transformed from a sleepy fishing village into a popular tourist spot, with lively nightlife and hotels for all budgets. It’s still an amazing snorkelling and scuba diving spot, the departure point for numerous guided dive tours, and the perfect base for anyone exploring Belize by boat due to its proximity to both the barrier reef and the Caye Caulker marine reserve

A cluster of underwater boulders near the northern tip of Ambergris Caye, Mexico Rocks is a brilliant snorkeling and scuba diving site if you’re keen to spot smaller species. The rocks’ crevices are home to brightly coloured starfish and lobsters, and you’ll see plenty of elkhorn and staghorn coral, too. The fantastic visibility and shallower depths make it one of Belize’s best destinations for snorkelers and beginner scuba divers. 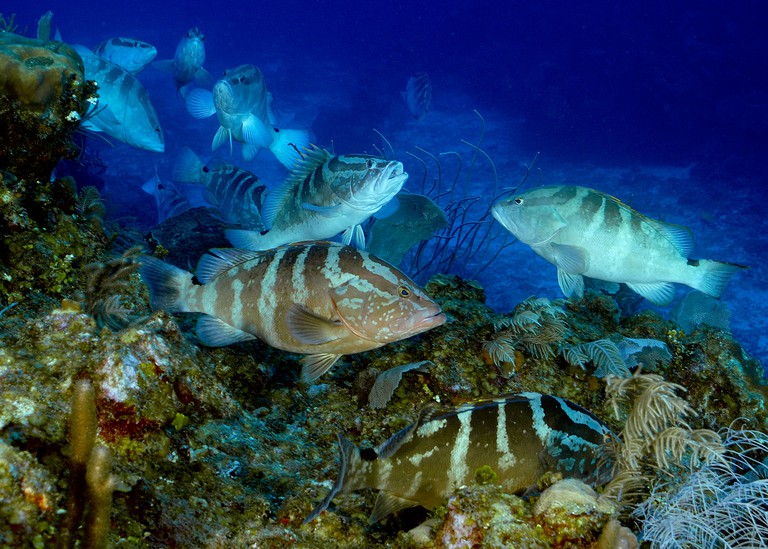 © Images & Stories / Alamy Stock Photo
Although it’s not the most accessible dive site – scuba divers typically visit Glovers Reef on guided tours that depart from nearby Placencia or by yacht – we guarantee Glovers Reef is worth the effort. Its remote location means other divers are few and far between, and it’s suitable for snorkelers of all abilities, ranging from steep underwater coral walls to calm saltwater flats. It’s been a protected marine reserve since 1993, which has allowed species to thrive.
Give us feedback