The 10 Most Beautiful Spots In Belize 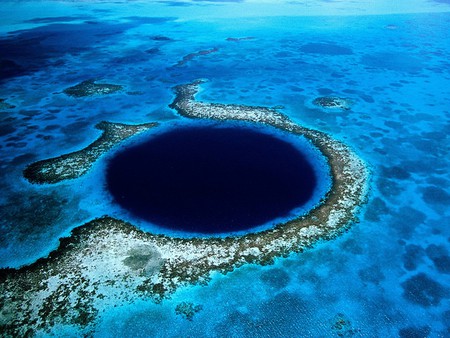 Untouched palm-fringed beaches, a crystal-clear ocean brimming with extraordinary sea life, and lush jungles hiding the secrets of an ancient Mayan civilization — it’s no wonder that Belize is considered to be one of the most beautiful and enigmatic countries in the world. Here are the top ten most breath-taking spots to visit in Belize.

The Cockscomb Basin Wildlife Sanctuary makes up a large part of the eastern Maya Mountain range and was established to protect the forests and creatures of south central Belize. Covering a huge area of more than 400 square kilometres, it is is also one of the largest and most famous jaguar sanctuaries in the world — today, the numbers stand at approximately eight hundred cats. The park also boasts over 290 species of wild bird, including the endangered scarlet macaw and the king vulture. Unless you’re arriving with a tour group, be aware that the sanctuary is situated at the end of a rough 10km road that meanders away from the main highway. Once you reach here, though, an information point will lead you towards hikes that open up a stunning natural reserve featuring jagged peaks, tropical rainforests, and breath-taking waterfalls. This is an absolute must see. 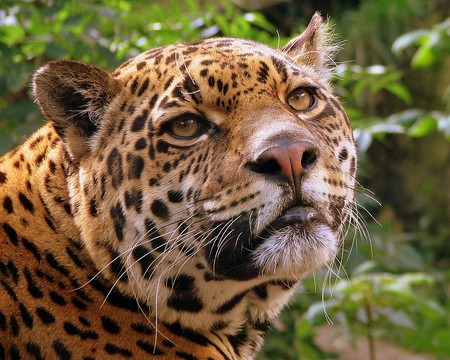 Tobacco Caye offers a delightful taste of tropical paradise on a tiny island off the coast of Belize’s town Dangriga. As it is only 200 feet wide and 400 feet long, you can walk around it in less than fifteen minutes while still absorbing the intimate and social atmosphere spearheaded by the 20 Belizeans who reside there. There are no vehicles or roads on the island, making it the perfect place to unwind and shut yourself off from the outside world. Located within the South Water Caye Marine Reserve, it remains a popular diving and fishing spot for adventurous souls right on the reef. 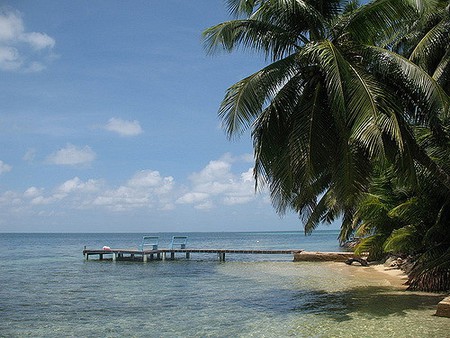 Caracol is considered to be the largest on-going ancient Maya archeological site in Belize and rests on a plateau at an elevation of 500 meters above sea-level. During the Classic Period, it was thought to be one of the most important political enters of the civilization, covering an area that is even larger than the country’s modern day capital. Since it was discovered within the depths of the dense jungle in the 1920s, visitors have flocked from all over the world to marvel at its enormous temples, grand pyramids, royal tombs, and dwellings overlooking miles of the protected Chiquibul forest. On your journey home, stop off for a dip at Rio On Rools and Rio Frio Cave after a long day on your feet.

Situated half a mile off the coast of Belize, the country’s Barrier Reef is the longest of its kind in the Western Hemisphere and the second longest in the whole world. Today, it is the top tourist destination in the country, showing thousands of visitors a year exactly why it is ‘the most remarkable Barrier Reef in the West Indies,’ as it was called by naturalist Charles Darwin in 1842. Home to a wide diversity of plants and animals, it is one of the most diverse ecosystems on the planet and features species of over 100 soft and hard coral, 500 fish, and hundreds of invertebrate. In fact, the Belize Barrier Reef is so dense that only 10% of all the species here have been discovered — this is partly why it is heavily protected by the country’s reserve system. 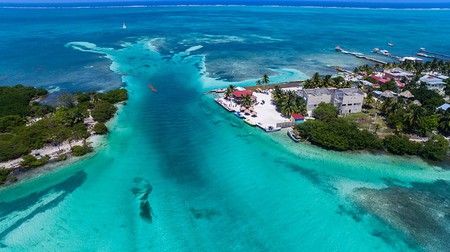 Section of the Barrier Reef | © dronepicr/Flickr

A vibrant cultural center, San Ignacio is an in-land jungle town that sits on the east bank of the Macal River. Today, it remains one of the most diverse towns in the country and serves as a stop off point for many travelers, archaeologists, Peace Corps workers, and North American expats. Wander down the narrow streets of the city and experience some delicious local cuisine, or head for the stunning sights outside of the town’s borders to get a real taste of the district. It is worth noting that the Mountain Pine Ridge Ecosystem is right on San Ignacio’s doorstep, offering striking views, deep caves, and what is thought to be one of the tallest waterfalls in Belize. The town is also the last stop off point before heading over to Guatemala to visit the Tikal Mayan ruins.

For those looking for a taste of the real Belize, Hopkins will certainly deliver. Even though it has grown beyond its origins as a simple fishing village, the area has still retained its rural, seaside charm and has avoided becoming a commercial tourist hub. A tranquil spot on the coast that is considered by most Belizeans to be the cultural center of the Garifuna population, the town really comes alive in November, when the village celebrates Garifuna Settlement Day. Alternatively, on any other day in the year, the easy accessibility to coastal dive sights and the exotic natural landscape attracts curious visitors from all over the world. 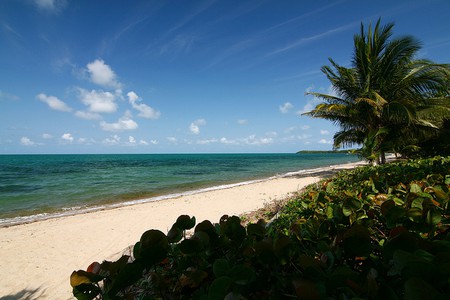 Located near San Ignacio, the Actun Tunichil Muknal is a Mayan sacrificial burial site contained almost entirely within a sprawling cave system that one must navigate before reaching the treasures that lie within. Once you complete your long passage through the jungle and swim through the cave entrance, you’ll find beautiful examples of pottery, ceramics, and stoneware, as well as human sacrificial remains — the ‘Crystal Maiden,’ a skeleton of a female adolescent covered entirely in limestone crystals, is the most well-known. For those eager to participate in a guided tour of the cave complex, groups are organized in coordination with the Belize National Institute of Culture and History. 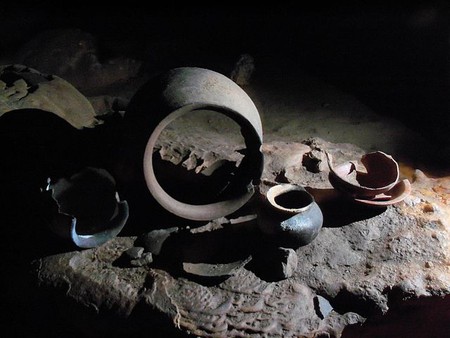 For decades, the Great Blue Hole off the coast of Belize has been a diver’s paradise. Over 300 meters across and approximately 124 meters deep, it forms a intrinsic part of the Belize Barrier Reef Reserve System, which is a UNESCO World Heritage Site. Each year, it attracts many recreational scuba divers who plunge into the crystal-clear waters of this natural, geological phenomenon. Home to a plethora of tropical fish and coral formations alongside an abundance of sharks and stalactite-filled caves, it’s understandable why this sink hole is on every adventurer’s bucket list.

Of all the attractions in Belize, Toledo is perhaps the least visited due to its rural and remote location at the southernmost point of the country, so much so that it has earned the nickname ‘Forgotten Land.’ However, its isolation is perhaps what makes it one of the most enigmatic and beautiful districts of the country, as it is home to nearly 1,700 square miles of largely uninhabited rainforest, mountain ranges, rivers and offshore islands. Don’t be put off by its lack of accessibility, as once you’re there, there is a wide range of activities, such as tubing the local rivers or kayaking and snorkeling in the near-by Snake Cayes. For avid bird-watchers, Toledo’s rugged rainforest also plays host to over 500 recorded species of birds.

Sometimes referred to as the ‘Queen Cayes,’ Silk Cayes is a protected marine reserve that makes up two deserted islands located in a central part of Belize’s Barrier Reef. A picturesque island fringed by snow-white sand and surrounded by miles of turquoise water, it offers a myriad of snorkelling opportunities to explore the wonderland of eco-systems that call it home. In particular, the area attracts visitors for its abundance of wild turtles, such as the Loggerhead Turtle, which grows to over four feet in length. Similarly, the gentle Whale Shark remains a seasonal attraction for divers. Bring along a picnic from the market in the nearby beach town of Placencia and take part in the many barbecues that take place beneath the coconut trees. 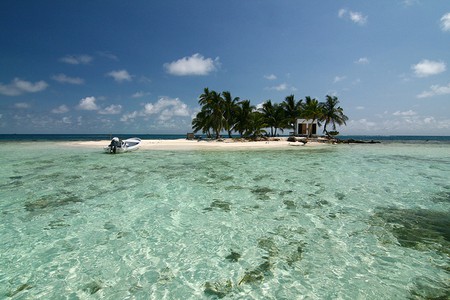