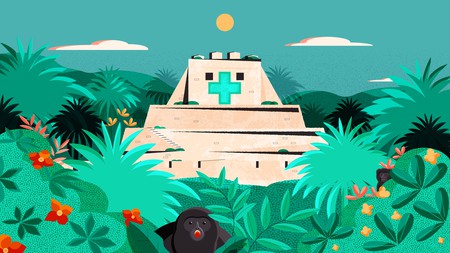 In Belize, a medicinal healer displays her ancient Maya knowledge of natural remedies – including ones validated by modern science.

The whooping cries of howler monkeys signaled our arrival. After a morning of pelting rain aboard the Regent Seven Seas Explorer, the clouds parted and the phantom coast of Belize appeared and, with it, a thick mangrove forest. Three hours later, we were off the ship and engulfed by a jungle so endless that it blocked out the pulsating sun.

For the past week, we had been sailing up and down the Maya Riviera, a region known for rainforest, pyramids and an ancient culture still present throughout Central America. The modern world often romanticizes the past and ancient cultures, and I had come searching for information about old medicines used by the Maya peoples in these forests today.

The ancient Maya were a mathematical, pragmatic civilization that extended from Oaxaca and Chiapas to the Yucatan peninsula, as far south as Guatemala and Honduras. They studied stars, seasons and time with stunning accuracy. The historian Anthony Aveni perfectly explains their advanced society in a lecture aboard the Explorer, which we passengers could listen to daily. “The Maya built temples to touch the skies and conceived the concept of zero while Europe was still burning witches in its Dark Ages,” Aveni says before we stop in Belize. 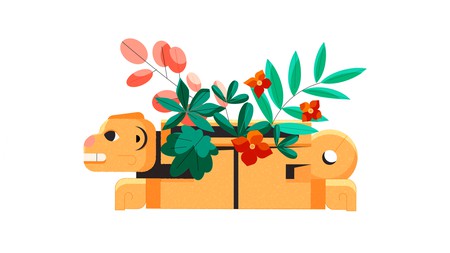 Belize was settled by the sons and daughters of West Africa, but for millennia this land was the realm of the Maya. And the forest was the pharmacy – you just have to know where to look, says Aurora Garcia Saqui, the revered Yucatec Maya author and herbal healer I’ve come to see.

Saqui spent years as an apprentice to her uncle, the famed Don Elijio Panti, who lived to 103 and never learned to read or write but memorized thousands of years of Maya oral tradition. The modern Maya are firmly rooted in the present, but many like Saqui remain connected to tradition, a bond passed on through generations of shared indigenous knowledge of plants, roots and herbs used for medicinal purposes. It’s that mixture of old and new that’s on display in Saqui’s home, called Nu’uk Che’il Cottages. Our thatched-roof hamlet of Maya Center is located just at the edge of the Cockscomb Jaguar Reserve, the world’s first jaguar sanctuary.

Dressed in a white floral dress, Saqui and her Mopan Maya husband, Ernesto, have welcomed guests here since 2000. They quickly serve us a mud-colored atole (sah’ in Maya), a hot corn and chocolate drink that tastes like a more full-bodied hot cocoa. “Cooked with love,” she beams.

Her Uncle Elijio was illiterate, but after studying with him for years, Saqui would quite literally write the book on Maya medicine – several, actually. In one generation, she put down on paper what was passed on for hundreds of years by simple word of mouth. I flip through one of her books: bursting with 46 recipes from soups to sauces. 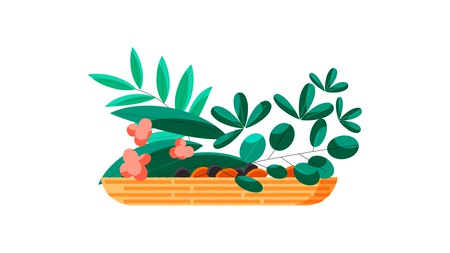 Saqui offers chocolate in various forms; most ingredients are grown in her garden, a sort of backyard natural healing center, like many of the family farms dotting the countryside. She points out drinking water vines, plants for diabetics and blood cleansers, describing potions for acne and baldness, a special cigar that counterintuitively helps smokers kick cigarettes – “smoke it for a month,” she advises – while grinding and boiling herbs and leaves like annatto and piper.

Studies of medicinal plants used by traditional Maya have shown evidence of anti-inflammatory properties, treating gastrointestinal disorders, dermatological conditions, even diabetes. A 2017 study documented 59 plant species used in traditional medicine here; 20 treat infections and 16 treat digestive issues (leaves are the most common plant part used). It’s a robust field, she explains, but the trouble is the future. Beyond deforestation, “a lack of apprentices threaten continuation of this tradition,” wrote one researcher in 1996. Nearly 25 years later, though over 30 Maya dialects are spoken today, many of the younger generation do not speak it. Like many formerly inaccessible places, this one is threatened by the very thing sustaining it: tourism.

Foreigners are the economic lifeblood of the area, but they sadly feed cultural erosion. Most come to Belize to view temples at places like Caracol or Tikal – there’s even a Maya trail that serves as a sort of Central American PCT – but they bring their modern differences with them, unintentionally but inevitably changing the supply-and-demand chain of the area with their foreign needs. It’s an existential threat that might sound overblown until you take into account places like Tulum, not far off in Mexico. Once a little-known haunt known for temples and rainforest, today the charm has been claimed by Spring Breakers hungry for all night debauchery and all-inclusive, so-called “authentic” resorts.

What’s next for Belize? While the greater Maya kitchen may never make it to foreign pharmacies or tables – it’s hard to source tropical seeds and recreate these climates up north, after all – maybe part of the value for outsiders is to see beyond romantic notions of traditional Maya life and bring a little knowledge home to broaden our perspectives. 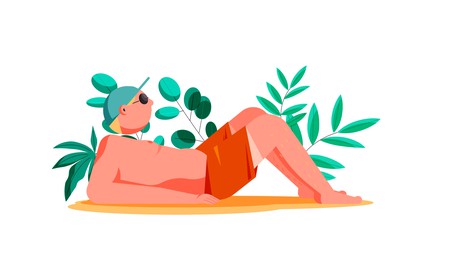 Not everyone believes in traditional healers, but the history of tropical pharmaceuticals can’t be denied. Quinine from the bark of the Peruvian Cinchona tree is used to treat malaria. Pilocarpine from a Brazilian herb battles glaucoma. Alkaloids from the Madagascar periwinkle are now chemotherapeutic treatments for Hodgkin’s disease and childhood leukemia.

Before leaving Nu’uk Che’il, Saqui takes our arms, rubs a lime green leaf on our wrists and chants as fire and smoke are blown across our bodies: a cleansing ritual. I didn’t catch what type of plant she used, but I’m left feeling calm, and more in the moment.

Back on the ship, the modern surroundings couldn’t feel farther from what we experienced. Solarium, spa, Swedish mattresses, Picassos – the Seven Seas Explorer is the pinnacle of innovations of the 21st century. Raising a single malt, I look down at my wrist. A slight mark remained, an aroma of something familiar. I breathe it in deeply and instantly miss the forest.

This article was co-authored by Gina Bender.