A Guide to Sailing in and Around Belize 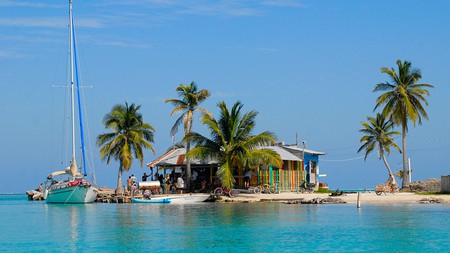 The world’s second-largest coral reef. If you had to pick one reason to sail this collection of pinch-yourself cayes and coastlines, that might be it. Then again, you could also get giddy about the fact that Belize allows you to have one foot on a talc-white beach and the other in some of the most pristine rainforests in Central America. Sailboat captains love its temperate, year-round trade winds and line-of-sight sailing, too. Sounds like paradise? You better Belize it.

Don’t miss a single Central American sight on your sail around Belize by booking a vessel with SamBoat.
What to see and do

Let’s start in the limpid lagoon of the Turneffe Atoll, where nature lovers can gawp at the best of the Unesco-protected Belize Barrier Reef Reserve System (BBRRS). There are a whopping 48 of Belize’s 70-or-so hard-coral species in these kaleidoscope groves. They’re home to turtles, dolphins, and a ballet of fish colorful enough to make Pantone fret. Superlative snorkeling or diving awaits.

Not impressive enough? Head over to Lighthouse Reef Atoll to see The Blue Hole Natural Monument – the largest of its kind in the world. Jacques Cousteau declared this one of the world’s best dive sites.

Time for a beachy debrief over a coconutty Belize breeze or two. The best place for them is on the super-fine sands of The Northside Beach Club on Caye Caulker. A day-party destination, it’s a place of music, beach games, and jerk-shrimp tacos. Not to mention like-minded folk with whom to exchange your brand-new travel stories. 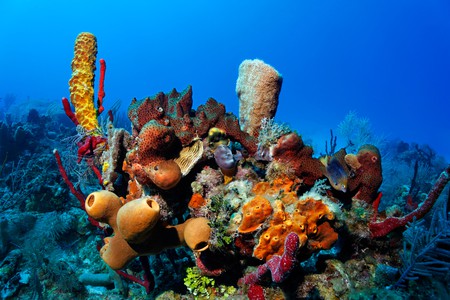 Fancy a little time on the mainland? You can clear into Belize at the Cucumber Beach Marina, part of the Old Belize complex. Sure, it’s a little touristy, but the kids will love its train ride, zipline, and huge water slide.

Just off the east side of South Water Caye makes for one of Belize’s most beautiful anchorages, where the barrier reef drops off close to a pristine beach. Snorkeling heaven. 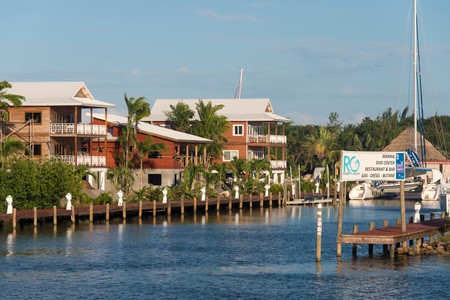 Mexican to Mayan, Spanish to African – Belizean cuisine casts a wide net. Seafood is an unsurprising strong suit – from simple pan-fried snapper to moreish conch fritters – and the best place for it is Maya Beach Bistro in the Placencia Marina. Try the coconut chowder or the lobster bread pudding. On a health kick? Best-quality veggie dishes abound at Caribbean Colors Art Café on Caye Caulker. Before you sit down, grab a salubrious smoothie to take on a stroll around its gallery of flamboyant canvases. Stay on the caye for dinner and head to Hibisca by Habaneros for swanky seafood. The veranda has the best seats in the house. 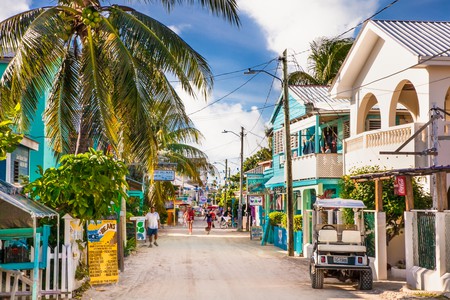 With miles of coast and multiple islands and atolls, boats are key to getting around the coastal areas of Belize. SamBoat has a variety of vessels, from catamarans to single-hull. Alternatively, charter or skipper a yacht to discover the dreamy cayes with Dream Yacht Charter. 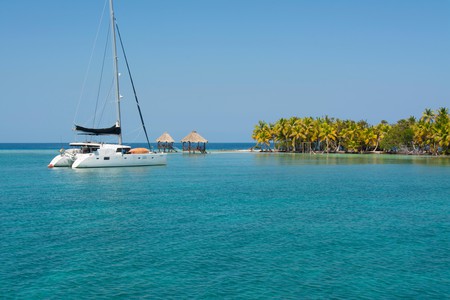 Grab your fresh fruit and veg from the kiosks along the road that connects the Placencia Marina to the eponymous village. Otherwise, Top Value – a large white building on the same street, is Placencia’s largest grocery store. Head there for dry and canned supplies. Cold Belikins, too – Belize’s best lager.

Don’t miss the Baron Bliss Regatta, held annually in Belize City at the Fort George Hotel and Marina. The race is the centerpiece of a national holiday devoted to the legendary Henry Bliss, who bequeathed the country two million Belizean dollars back in 1926. Locals picnic at the water’s edge, while kite-flying contests and other competitions take place around them.

Trade winds blow along the coast and the cayes most of the year, keeping temperatures pleasant even in the hottest months. Mid-August until mid-September can get a little sweaty, though. Waves inside the barrier reef are minimal, but fresh zephyrs make for superb sailing conditions. Hurricanes are rare but are most likely to hit in August and September. Year-round water temperatures in Belize average a perfectly pleasant 26C to 28C. 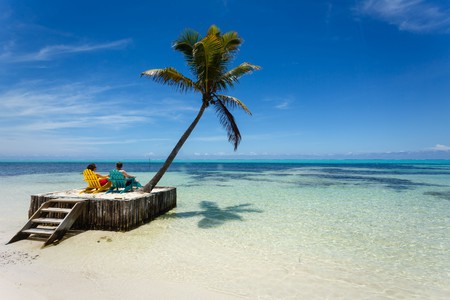 International flights bring you to Philip Goldson International Airport (BZE) in Belize City. Then, the best way to get to Placencia – where your yacht charter adventure begins – is another 30-minute flight with either local Tropic Air or Maya Island Air. You’ll land at Placencia’s airstrip, which is a short taxi ride from the marina.
Explore all there is to see in and around the coast of Belize when you book a vessel with Dream Yacht Charter.