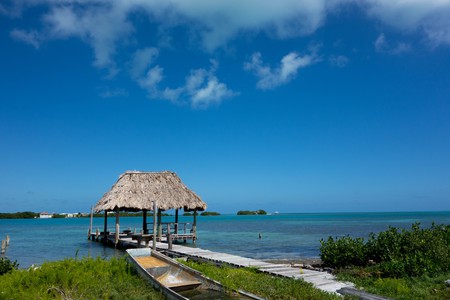 For some travellers, Belize is all too easily overlooked, dwarfed as it is by its neighbours Guatemala and Mexico. But despite the country’s small size, Belize has a huge amount to offer, from beautiful beaches to mysterious jungle ruins and more. Here are 11 of the best reasons why you should make the trip.

Walk around almost any of Belize’s bigger towns and you’ll likely encounter a range of different ethnic groups. Mestizo, Maya, Garifuna, Creole and Mennonites all coexist in Belize, making for a cohesive culture that’s entirely unique.

It has delicious seafood

Unsurprisingly for a coastal country, seafood is king in most of Belize. And because the government has imposed a limit on when lobster can be served in restaurants throughout the country to prevent over fishing (make sure to visit between June and February if you want to eat it), eating a delicious Caribbean Spiny Lobster is still very much a possibility.

You can go diving for days

Some of the best diving (and snorkelling) experiences in the world can be had in Belize. From the Blue Hole, a 124m (407 ft)-deep sinkhole that has to be seen to be believed, to one of the best preserved (and biggest) coral reefs systems on the planet — with plenty of sharks, turtles and rays — divers are spoilt for choice. 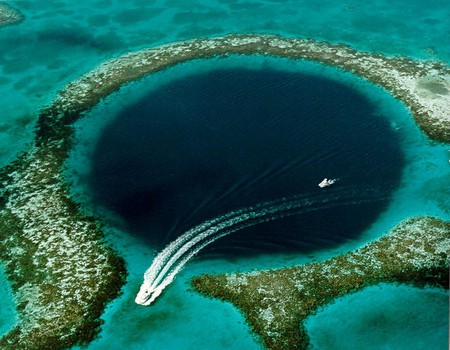 It has some of Central America’s most interesting caves

Not all of Belize’s best adventures are found at sea, however. Over in San Ignacio near the border with Guatemala, two amazing caving experiences can be had. Explore Barton Creek via canoe to spot some impressive rock formations, or get your hands dirty scrambling through the Actun Tunichil Macknun cave. Both are home to skeletons left by the ancient Maya.

It was colonised by pirates

Before it was a British colony, and after it was a Mayan heartland, Belize was home to a community of pirates known as the ‘baymen’. Legend has it that one of the baymen, a Scottish pirate captain named Peter Wallace, even gave the country its name.

One Belize dollar is worth two US dollars. It’s been that way for decades, and is showing few signs of changing. That makes cash easy throughout the country: US dollars and Belize dollars can be used pretty much interchangeably.

The ecotourism is amazing

Belize’s jungles are teeming with animals — the country is home to almost 600 species of bird, while a visit to the baboon sanctuary offers a chance to get up close and personal with the endangered black howler monkey. An extended stay in the interior might yield sights of toucans, macaws and more. 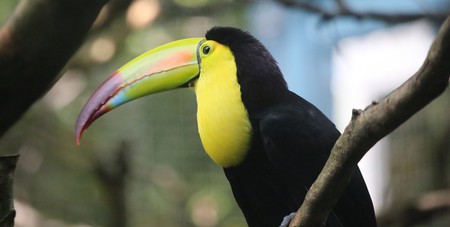 The keel-billed toucan is the national bird of Belize, and can also be seen in Guatemala | © cuatrok77 / Flickr

English is the national language

For anyone who struggles with their Spanish while in Central America, Belize offers some welcome respite. You’ll hear a variety of languages spoken by locals, from Mayan to Kriol to Plattdeutsche, but pretty much anyone you speak to will reply in English.

There are Mayan ruins that aren’t crowded with tourists

Belize was home to some important Mayan cities before European invaders decimated the local population, and many of its key sights are remarkably well preserved. Caracol, the country’s biggest site, was once even more powerful than nearby Tikal. Xunantunich and Lamanai, meanwhile, both have amazing examples of Mayan stone carving.

Despite being more than equal to bigger-name sites like Tikal and Chichen Itza, Belize’s ruins are much less visited. Arrive early in the morning, and there’s a chance you might get the whole place to yourself.

Belize has a comprehensive network of buses, which have fixed prices and a regular schedule. The routes are easy to understand, too, going north, south or west from and to Belize City. Plus, because the country isn’t large, getting between places never takes too long.

There’s an incredible selection of Cayes

Fancy spending a vacation on your very own paradise island? Or relaxing among a melting pot of different people, all living on a tiny sandbar next to multiple coral reefs? Belize’s Cayes are a seaside retreat that caters to anyone’s tastes. The only problem is deciding how many you can squeeze in to your trip. 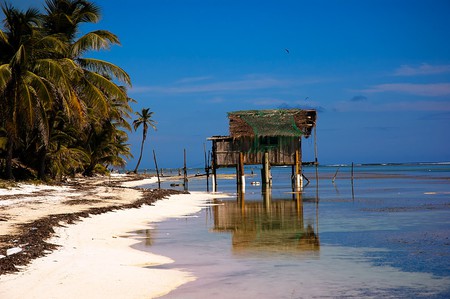