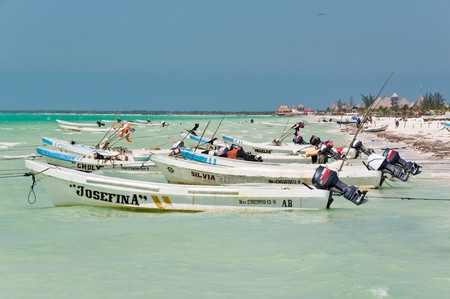 The biggest fish in the sea are present off some accessible beaches from Mexico’s Yucatan peninsula to Honduras. Here are the top spots in and around Mexico and Central America to see whale sharks up close and personal.

Whale sharks are found off the island of Utila year-round. Guides will likely take you to the deeper water on the north of the island, looking out for flocking seabirds that give away the presence of the shark. Utila is also famous for diving, with some of the most affordable courses in the world. 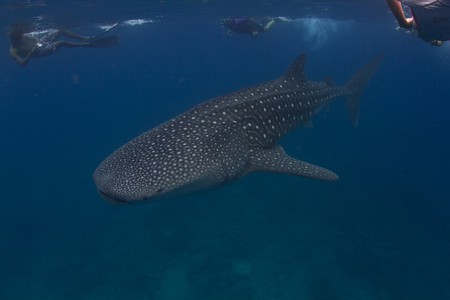 On the Mexican Pacific coast of Baja California you can also see whale sharks from November to May. Stay in Los Cabos and head out to see the gentle giants. If you’ve got some time, fly to Los Angeles and take a road trip south to Los Cabos along the Pacific coast.

Caribbean paradise Belize is picture-perfect, but it’s under the sea where some of the most impressive stuff happens. Head to Gladden Spit near Placencia in the south of the country to see whale sharks off the reef. The best time to visit is April to May when snappers spawn and draw the sharks to the area. 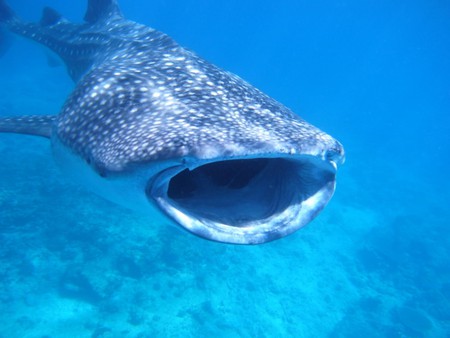 Whale sharks feed on plankton that they gather with their mouths wide open | © Kaz2.0 / flickr

Within touching distance of the resort city of Cancun lies Isla Mujeres, popular with snorkelers and divers who want a more active holiday. From May to September you can spot whale sharks here as they migrate south. Take a tour during the day and relax on the beach in the evening with a sundowner, or head back to the mainland for some wild partying in Cancun.

Holbox is fast becoming a popular tourist destination, just four hours by bus and ferry from Cancun. One of the main attractions is the whale sharks, which you will see here from May to September. While you’re here, check out the flamboyances of flamingos and flocks of other birds that inhabit this picturesque island. 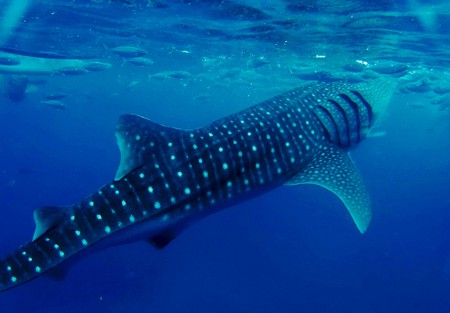 Nestled on Panama’s Pacific coast is this marine reserve, and tours to swim with the whale sharks are run from Pixbae, Veraguas province. This is one of the few spots close to land where whale sharks can be seen in the Pacific Ocean off Central America, because usually they stay further out to sea as they migrate south. Book a trip between December and April to have the best chance of spotting them.

Alongside whale sharks you can also spot bull sharks, nurse sharks and manta rays at this dive spot off Costa Rica’s Pacific coast. It’s best known as the home of the Devil’s Rock, a series of pinnacles that grow from the ocean floor to make an amazing underwater landscape.