Top 10 Soca Artists That You Need to Know Right Now 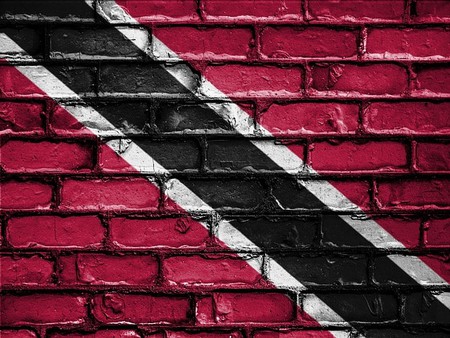 The genre of soca, also known as The Soul of Calypso‘, is one that brings people together all over Trinidad and Tobago and, by extension, the Caribbean. The strong rhythmic nature of the genre ,infused with drums and loud basslines, puts a smile on people’s faces and gets them in the mood for a Caribbean-styled party. Here are the top soca artists of 2017 who are helping make soca one of the most popular genres in the Caribbean.

Destra Garcia, known as The Queen of Bacchanal, is the leading female soca artist of this decade. Her sexy musical persona, fiery personality, high energy and mastery of calypso has pushed her to the top of the soca charts and made her one of the most notable artists to ever come from Trinidad. During Carnival season in the Caribbean, soca lovers from the region look forward to Destra’s hits and performances.

When thinking of soca music, Machel Montano‘s name will always come to mind. Throughout his career spanning over 30 years, Montano has given the Caribbean hits for every carnival season and is noted as one of the most successful soca acts in history. The King of Soca has a long list of legendary collaborations in his catalogue, including Shaggy, Alison Hinds, Busta Rhymes and so many more. As the frontman of his band, The HD Family, Montano also has a few popular acts that follow his lead.

The Lyon Empress, Fay-Ann Lyons-Alvarez is a three-time Trinidad and Tobago Carnival Road March champion and award-winning soca artist. Along with Destra Garcia, Lyons is leading the class of female soca artists in Trinidad. Her soulful voice over infectious beats, paired with melodic lyrics she often writes herself, have cemented her as a pioneer of soca music and Trinidadian culture.

Patrice Roberts is a Trinidadian soca singer and a member of fellow soca artist’s Machel Montano’s HD soca band. Her career took off when she won the 1995 Sangre Grande Junior Calypso Monarch competition at the tender age of nine. Roberts’ melodic voice is, unknowingly, known by many people in the Caribbean, as her hit single ‘The Island’, featuring her cousin Bunji Garlin, was used for promotional commercials by the Ministry of Tourism in Trinidad.

Kes The Band, the soca group formed in 2005, has quickly become a household name in Trinidad. The band consists of three Dieffenthaller brothers, along with their life-long friend and guitarist Riad Boochoon. The soulful vocals of lead singer Kess and the band’s style – along with their electric mixture of calypso, reggae and rock – have captured the hearts of many around the world. Their smash hit ‘Wotless’ is one of the most successful soca songs of the decade, being nominated for a BET Soul Train Music Award and winning Kess the title of International Soca Monarch in 2011.

Lyrikal is one of the newer artists credited for showcasing the various styles of soca on the international scene. As an artist living and producing most of his work in the United States, Lyrikal makes his soca contributions a priority by producing hits for every carnival season. Like many other Trinbagonians living overseas, Lyrikal sprinkles a bit of soca culture onto every aspect of his life. The rhythms and basslines of calypso are heard in many other songs he produces from other genres.

In the late 1990s, a new musical genre emerged in Trinidad called ragga soca – the blending of Trinidad’s soca with Jamaican dancehall. The leader of the ragga soca movement is superstar Bunji Garlin. Garlin is one of the genre’s few crossover artists, having had huge international success with his collaborations with Major Lazer, Machel Montano and many other acts.

Nailah Blackman is one of the number-one artists to watch from Trinidad. At just 19 years old, the granddaughter of Ras Shirty I, known as The Father of Soca, has already made a name for herself. Her hit single ‘Workout’ with Kes The Band has captured the heart of Trinidadians at home while giving Nailah an incredible start to her career.

Singer and songwriter Kerwin Du Bois first showed up on the soca scene when he won the first Junior Calypso Monarch in 1992, while still a student. Since then, Kerwin has extended his talents to include producing and has created hits for acts like Bunji Garlin, Destra Garcia and Machel Montano. The award-winning soca artist is known best for his soca single, ‘Too Real’.