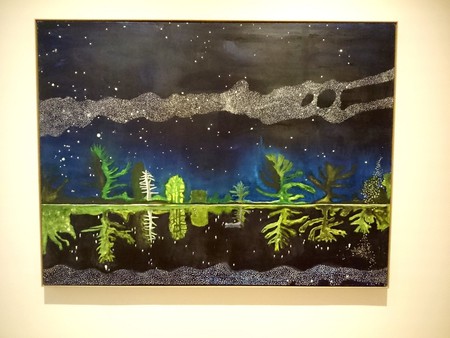 Scottish-born painter Peter Doig has redefined the genre of landscape painting, infusing traditional methods and settings with his unique, figurative style and elements of magic realism. Drawing on the post-Impressionist period and the influence of artists such as Klimt, Munch and Monet, Doig layers his landscapes conceptually, reimagining Trinidad, with which he has a lifelong connection, as a world of both tropic calm and underlying danger. 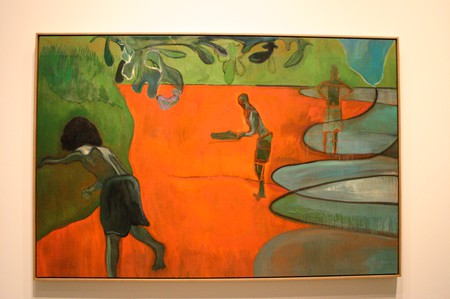 Doig famously remarks that his paintings “make no attempt to reflect setting,” a statement perhaps indicative of his own nomadic lifestyle to date. Relocating from Edinburgh to Trinidad with his family in 1962, the young Doig was soon uprooted again to Canada in 1966. From Canada, Doig moved to London to pursue his passion for visual art at Wimbledon School of Art, St Martin’s School of Art and Chelsea School of Art, the latter granting him an MA. In 2002, Doig felt the pull of the Caribbean once again and returned to Trinidad to complete an artists’ residency at the Caribbean Contemporary Arts Centre near Port of Spain, simultaneously accepting a position as Professor at the Fine Arts Academy in Dusseldorf, Germany. 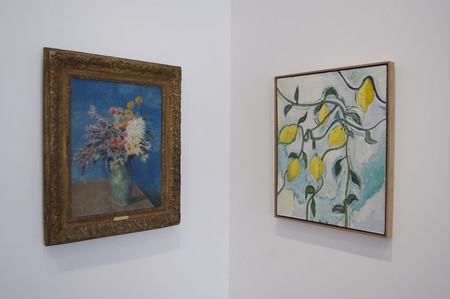 This constant movement is refracted into infinite calm accented with uneasiness in Doig’s artistic creations. Shortly after graduating from the Chelsea School of Art, he was granted the Whitechapel Artist’s Prize, resulting in an exhibition at the Whitechapel Art Gallery in 1991, an accolade that prompted an extended period of creative intensity. The uneasy, unsettling Artists’ Home in the Ravine (1991) – detailing Eberhard Ziedler’s postmodernist home in Rosedale – was created during this time, giving a sense of tranquillity in the safe mundanity of the subject yet simultaneously creating a contrasting visual panic in the fraught and fractious overlay dominating the piece. This juxtaposition between an aura of calm and the spontaneous creation of unease continues throughout his work: the presence of unmanned canoes in works such as ‘Canoe Lake’ and ‘White Canoe’ provides a focus point for reflection in the water, creating a feeling of a double life and double identity between the reality and the mirage, yet is also suggestive of a disturbing, echoing silence given the absence of a figure. 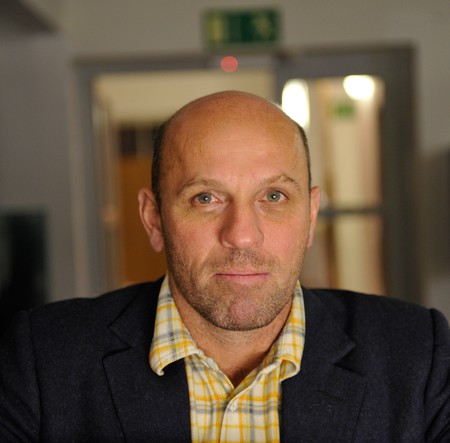 Doig’s arguably best known works are a series of paintings created between 1991 and 1999, detailing modernist architect Le Corbusier’s post-war communal living apartments – known as l’Unite D’Habitation – In Briey-en-Foret in France. Dubbed as an ideal living environment when they were unveiled in 1961, the apartments soon lapsed into disuse and disrepair, becoming derelict by 1973 before being subsequently renovated for habitation. Doig entered the building alongside a group of architects affiliated with its redesign in the 1990s, using a handheld video camera to record the disorientating approach to the building through the uncultivated surrounding woods. The paintings themselves are impressively dark and foreboding, architecture lost and then rediscovered amidst the distortion of the branches, creating the notion of a never-ending power struggle between foreground and background. The attempt of the natural elements in the painting to overcome the dominant architecture demonstrates the ultimate supremacy of nature in the war against time – nature renews and revives whilst manmade creations disintegrate. Concrete Cabin (1992) in particular, merges nature with the building almost seamlessly, giving a sense of a futile and inevitable sliding of everything towards a natural centre. 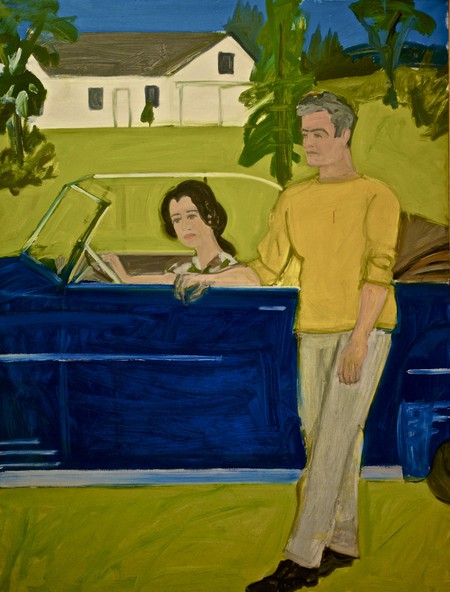 This experimentation with artistically disregarded, awkward angles and an unusual marrying of colours are key factors contributing to the arresting quality of Doig’s paintings. The 1994 Ski Jacket, inspiration for which came from the colliding of a newspaper image of a Japanese ski resort with the traditional quality of a Japanese scroll, was doubled in size with the addition of a second panel – matching deliberately unsatisfactorily with the first. This distorted linking of the panels together with the muted colour palette is disconcerting: the natural clarity of foreground and background is once again tampered with to produce a dizzying two dimensional effect that becomes a sea of almost sickly colour to the observer. Similarly to his series focusing upon L’Unite d’Habitation, geometric buildings featured at the right of the painting are partially concealed by trees, mirroring the awkwardness and partial concealment of the tiny skiing figures dotted almost imperceptibly across the canvas. Despite the critical uncertainty regarding ‘Ski Jacket’, the boldness of championing idyllic snow scenes as a way of promoting a kind of domestic uneasiness was rewarded – Doig received the John Moores Prize in 1993 for the bleak serenity of Blotter and was nominated for the Turner Prize the following year.

Doig’s more recent paintings have taken a distinctly tropical vibe, focusing on the obliqueness and wonderful anonymity of island life in Trinidad, yet distancing the reality of this through experimental painting techniques. In the constant search for a unique mood attributed to and provoked by every piece, Doig has recently attempted alternative photo methods, such as shooting film through a telescope or taking numerous stills whilst kayaking around the rugged north side of the island. The result are pieces such as ‘Black Curtain’(2004), the vibrant colours of the tranquil island just visible through the abstraction created by thick vertical, white-wash brush strokes across the painting, conjuring a gossamer-like covering that keeps the observer just out of reach of the island. 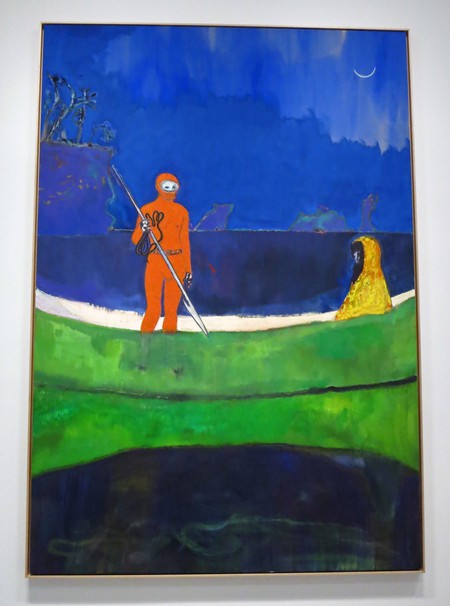 Doig’s unique artistry has won him international acclaim, with representation in Tel Aviv Museum of Art, San Francisco Modern Art Museum, The Tate Museum, the British Museum, Musee National d’Art Moderne in Paris and the Museum of Modern Art in New York, amongst others. He continues to go from strength to strength – a testament to his abilities and the sought after nature of his compositions is the astronomical price of his work at auction. Doig’s Gasthof sold at Christie’s Post-War & Contemporary Art Evening Auction in 2014 for a staggering $17,038,27, truly cementing his place as a staple figure in the 21st century artistic canon.