Her work may not be as well known as that of Nobel Prize winners V. S. Naipaul or St. Lucia-born Derek Walcott, but as a new generation of Caribbean literature emerges, Oonya Kempadoo offers up fresh representations of the Caribbean. Garnering much praise for her first two novels, Buxton Spice (1998), and Tide Running, (2001), the author explores sexuality and exploitation of an island paradise, and examines the geography of authorship.

Of Guyanese descent, born in England and now living in Grenada, Oonya Kempadoo’s past embodies the globalizing condition of Postmodernity. Nonetheless, her second novel, Tide Running, is distinctively about the island of Tobago. It is so distinctively about Tobago, in fact, that it draws itself in direct contrast to the island’s topographical neighbour, Trinidad. She marks the two as distinctly separate, a fact that cannot be seen from the traditional naming of the nation which places the two together as one: Trinidad and Tobago.

The novel initially follows the lives of brothers Cliff and Ossi through the continuous mediocrity of their days on the Caribbean island. Employment seems almost non-existent among the young men of the island, and constant reference is made to the TV channels that play US shows constantly, creating dissatisfaction among the Tobagonians. Life changes for Cliff when he meets Bella and Peter, a young couple (she, Trinidadian: he, English) who use Tobago as their island getaway from their busy lives, as photographer and corporate lawyer respectively. They idealize the island, in the same way that they come to idealize Cliff, as an affair starts between the three people. 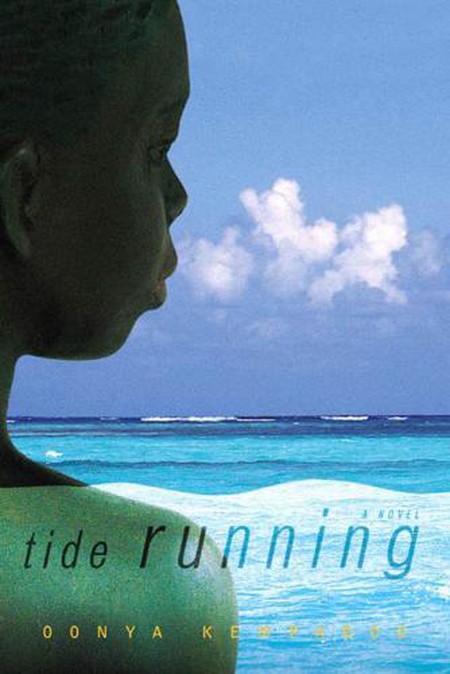 The way that Cliff is sexualized by the couple is indicative of the sex tourism that exists on the island itself. The men are seen as exotic by the tourists, and the objectification of these individuals is fluidly compared with the way in which tourists interact with the island as a paradise. The descriptive passages make clear the sheer beauty of Tobago, but also offer an insight into the island that tourists – and those who are there to serve the tourists – patently overlook. There is unemployment, prevalent drugs culture, and low incomes; locals are insufficiently equipped to buy the US produce with which they are taunted, beamed through the television waves to their screens.

Various class and race distinctions are drawn throughout the novel, subjugating the Tobagonians in particular. As non-US American, non-white citizens, the opportunities flaunted on shows such as The Oprah Winfrey Show are unavailable to the characters, who instead spend their days hanging around in gangs. But a further distinction is drawn. The Trinidadians (also non-US American, non-white citizens) look down on the Tobagonians for being of a lower class, and comparison is made between the lighter skinned Trinidadians, and their darker skinned neighbours. Bella’s friend who visits from Trinidad, SC (another overtly sexualized character), looks down on the men of Tobago, seeing them all as criminals.

Whilst the official language of the country is English – a legacy of its colonial past – Kempadoo manages to merge seamlessly the English language with her version of Tobagonian dialect through the use of two distinct narrative voices. Bella and Cliff share the narration: as such, perspectives are skewed through the language of educated, grammatically correct English and Cliff’s characteristic patois. It is significant that the novel begins and ends with Cliff’s voice. He speaks in a version of the English language that is traditionally denied, but Kempadoo gives the native of Tobago a very unique way of telling his own story.

The eroticized body and the idealized island setting are implicitly compared to one another throughout the text. Take this metaphor one step further, and the role of exploitation by the middle-class, perhaps white, tourist is explored. The idea of economic exploitation of the Caribbean native is often subject matter in contemporary Caribbean cultural production, and represents an important trend. The novelist Jamaica Kincaid attacks the attitude of tourists, and the practice of tourism itself, in her native Antigua, through her memoir A Small Place. This idea was then successfully mapped onto a documentary film by Stephanie Black – focusing on Jamaica this time – in Life and Debt. Whilst natives struggle against poverty, shown in Life and Debt’s depiction of the Kingston Free Zone and Tide Running’s portrayal of the life of the young brothers, tourists take holidays that focus only on the luxurious glory of the islands, turning a blind eye to the real conditions of life. If there is anything to be taken away from Kempadoo’s novel, it is the fundamental importance of considering what is not being shown through idyllic representations of island life, but to look to the real life of the citizens instead.

As a new generation of Caribbean literature emerges, Kempadoo offers up fresh representations of the region. Her newest novel, All Decent Animals, focusing on Trinidad this time, was released in 2013.