How to Spend 3 Days Like a Local in Nassau 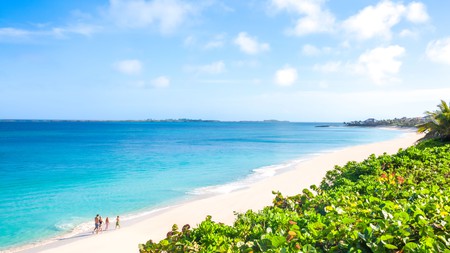 With swaying palm trees, swashbuckling pirates and swimming pigs, The Bahamas makes an ideal tropical getaway. This three-day itinerary in Nassau promises to infuse you with Caribbean spirit.

Nassau is a capital city unlike any other. Just 320km (200mi) southwest of Miami, it draws a loyal crowd who flock here for the heavenly white-sand beaches, impossibly blue seas and fancy resorts. Here’s how to spend 72 hours in the buzzy Bahamian capital.

After an al-fresco breakfast of creole egg croissants and Cajun avocado toast from Louis & Steen’s, The Bahamas’ first speciality coffeehouse in Market Orléans, it’s time to unpick some local history. Under British rule until 1973, Nassau combines genteel English traditions with warm Caribbean charm. First up, get your bearings by climbing the 66 steps of the Queen’s Staircase right to the top of Bennet’s Hill. Carved from limestone and now lush with tropical foliage, it was originally an escape route from Fort Fincastle, built in 1793 to protect the island from pirates.

Head down to Potter’s Cay, hidden beneath the bridge to Paradise Island, and step back into the glory days of the old Bahamas. These laidback docks, lined with dozens of colourful conch shacks, are where you’ll find no fewer than 40 chefs cooking conch in 101 different ways. A local favourite is McKenzies, a candy-pink-striped shack which serves a zingy fresh conch salad.

After sunset, saunter over to the Ocean Club, a Four Seasons Resort, for dinner at Dune by the Michelin-starred chef Jean-Georges Vongerichten. Stop for a nightcap in the hotel’s glittering Martini Bar and Lounge, which appeared in Casino Royale (2006). Nassau has a history with James Bond, in fact: Thunderball (1965) and Never Say Never Again (1983) were both also filmed on the island. Dance the night away at Bond, a 007-themed nightclub conceived by Lenny Kravitz at Baha Mar, which is every bit as sophisticated as the man himself. 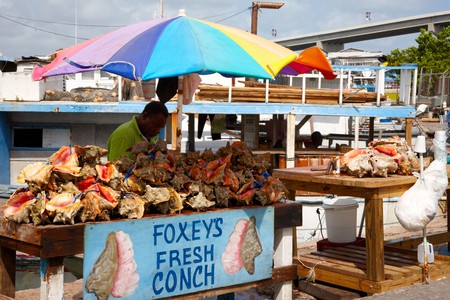 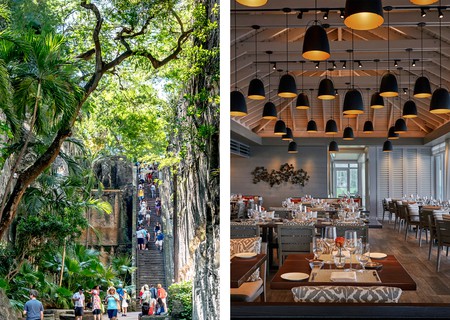 Spend an hour exploring the Primeval Forest National Park before it gets too steamy. Tucked away in the southwest of New Providence Island, the ancient and largely untouched forest is dotted with natural sinkholes and caverns, some up to 10m (30ft) deep, which can be explored by boardwalks and bridges.

Nearby Coral Harbour is where the former stunt diver and Hollywood’s shark expert Stuart Cove has a dive centre, offering extreme shark adventure tours. Head over to Adelaide Beach on the west coast for a snorkelling tour of the largest underwater sculpture in the world: ‘Ocean Atlas’ is an art installation by Jason deCaires Taylor of a giant girl carrying the globe, which was submerged 5m (16ft) deep in 2014.

It’s back to Downtown to indulge in the best of Bahamian flavours on a three-hour Bites of Nassau food tasting and cultural walking tour. With six different tastings, winding through speciality food stores, local cafes and family-run restaurants, it promises to be a culinary adventure – and there’ll no doubt be a tot of rum or three along the way.

Head to Cable Beach and watch the sunset from Skybar, the chichi rooftop lounge of SLS Baha Mar. Then whizz across to Paradise Island and dance off the food tour at Aura, a swanky nightclub in Atlantis with a South Beach-slash-New York party vibe. 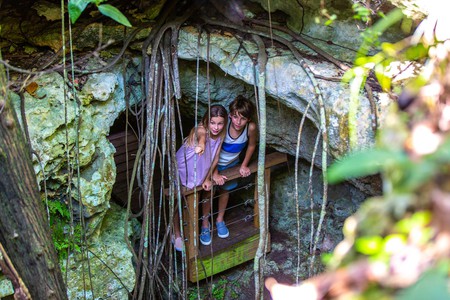 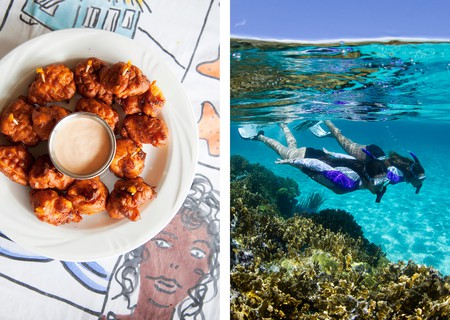 It’s up early for a rummage around the Straw Market on West Bay Street, a buzzy Caribbean bazaar where you can pick up authentic Bahamian straw crafts, including purses, hats and beach bags. Also take a peek into A Baker & Sons, the oldest shop in Nassau, which has been selling clothing to islanders since 1894.

Treat yourself to a fancy lunch at Graycliff Hotel in Downtown Nassau, and while you’re in a convivial mood, swing by the Graycliff Cigar Company where you can learn how to roll your own cigars. Naturally, a rum tour is a must in the Caribbean. Founded in 1789, the John Watling Distillery, named after “a pious pirate who sailed the Bahamian seas”, is the only craft rum maker on the island. Stop by the Buena Vista estate for a complimentary tour and tasting.

As the sun starts to dip, pause for a pint of Long John Pilsner at the Pirate Republic Brewing Company. It’s the only craft brewery in Nassau, and the tap room serves up pirate-themed brews like Black Beer’d stout and Gold & Haze of Piracy. There’s one outlet in Downtown and another at the Marina Village. Then head to Arawak Cay for a traditional Bahamian fish fry – Friday night is the best time to go. Join the locals as they dance the night away to junkanoo and devour conch fritters, cracked fish and plantain, all washed down with Bahama Mamas, a hefty nip of three rums mixed with pineapple, grenadine and orange juice. Dangerously delicious. 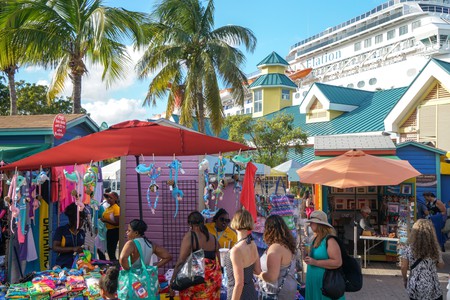 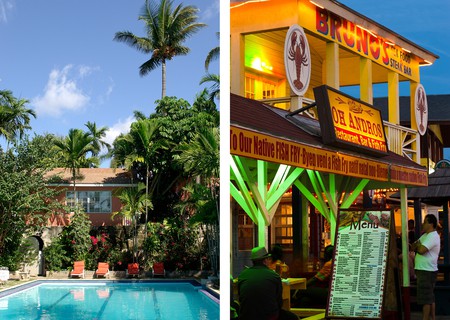 Why not plan your own trip to Nassau? Head to nassauparadiseisland.com to get inspired – and book your flight with BA now.