11 Epic Places In The Bahamas Every Local Is Proud Of

The Bahamas boasts a vibrant and lively culture, friendly people and some of the most beautiful attractions in the Caribbean. With all the local historical and tourists sites that visitors marvel at, it is no wonder that Bahamians have an unwavering sense of pride in their tropical paradise. Here are 11 places that locals will say you mustn’t miss when you visit. 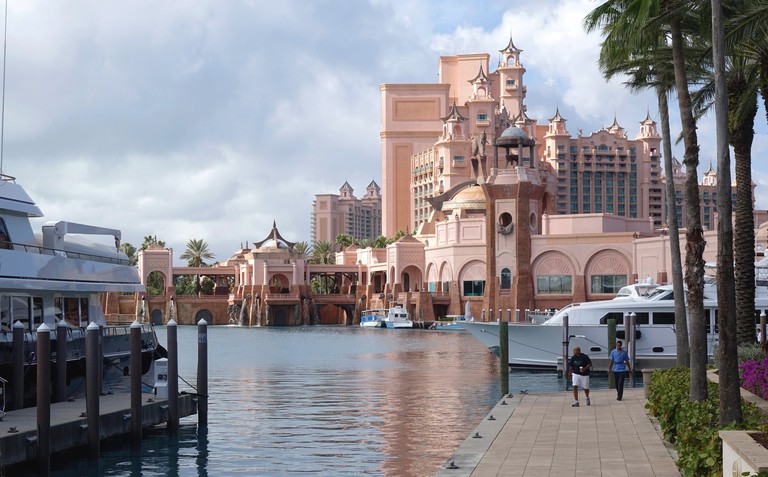 A view of Atlantis Resort from the water on Paraidse Island, Bahamas. | © Richard Uhlhorn / Alamy Stock Photo
The Atlantis Resort on Paradise Island is one of the most famous luxury resorts in the world and a popular destination for locals and tourists alike. The gorgeous resort features a marine habitat, a 141-acre water park, dolphin cay, luxury boutiques and restaurants, and more. The ocean-themed tropical paradise offers attractions and activities for everyone of any age. 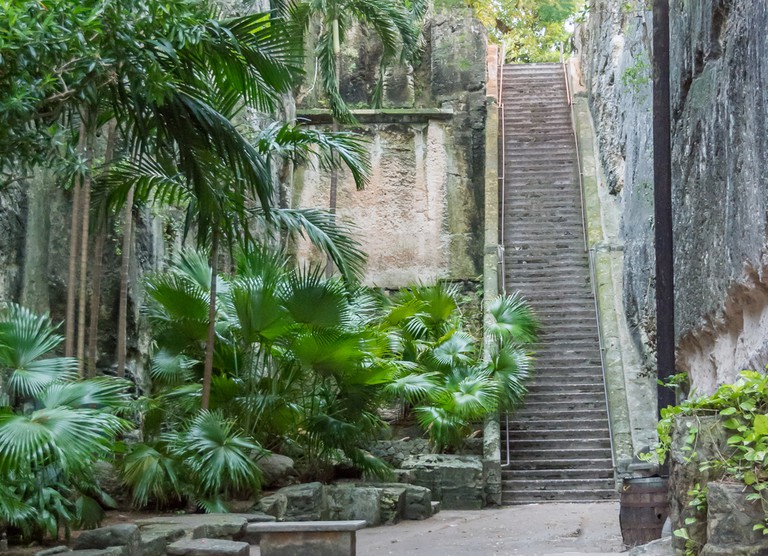 The Queen's Staircase in Nassau, Bahamas. | © dnaveh/Shutterstock
The Queen’s Staircase site is one of the most historical landmarks in Nassau. The 66 steps were carved out of solid limestone rock by African slaves in the Bahamas in the 1790s and later renamed to honour Queen Victoria. The staircase leads to Fort Fincastle, one of the largest forts in Nassau built in 1793. The site is a popular spot, among tourists, for learning about the history of the Bahamas and taking impressive photos. 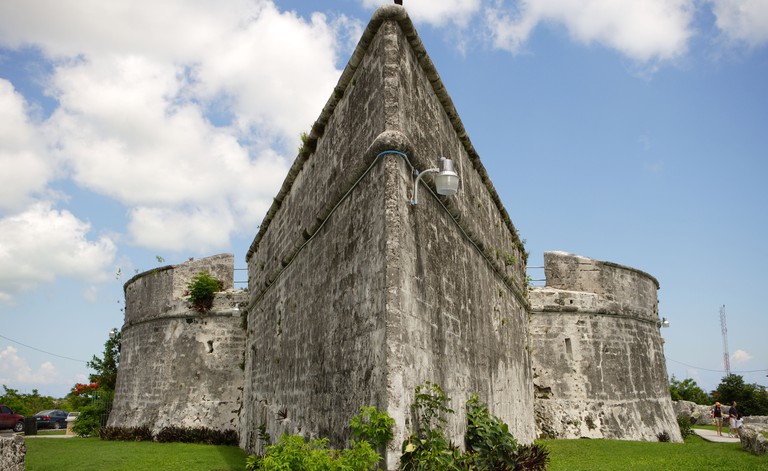 © BonkersAboutTravel / Alamy Stock Photo
Fort Fincastle was constructed under the government of John Murray in 1793. The fort, made of limestone, was built atop Bennet’s Hill to protect Nassau and its harbour from enemy attack. The fort offers a stunning view of Nassau and Paradise Island, and can be accessed by climbing another historical landmark, Queen’s Staircase. Locals offer guided daily tours of the fort. 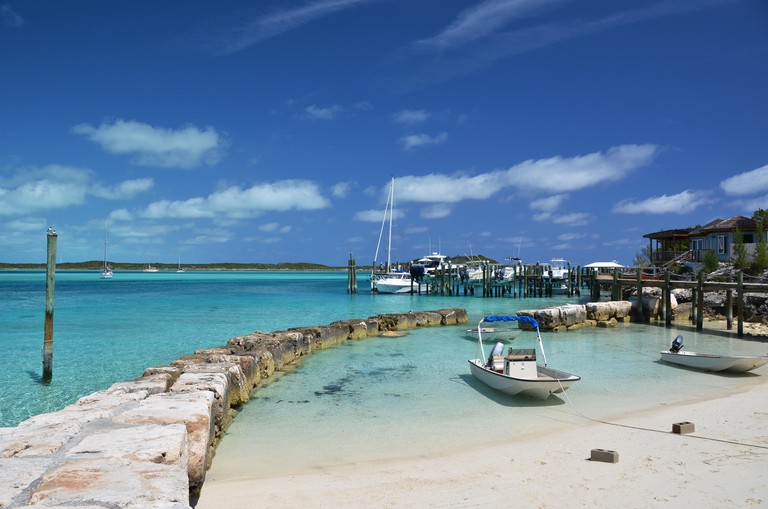 © Alexander Chaikin / Alamy Stock Photo
The Exuma Cays Land and Sea Park was the first protected land and sea park in the world. The 176 square-mile national park, built in 1958, features a protected habitat for much of Bahamas’ wildlife, as well as a number of cays and beaches. Snorkeling and exploring can be done in the beautiful underwater reefs and cays which are home to many fascinating species. Exuma is also home to the Bahamas’ popular swimming pigs.

Blue Lagoon Island, also known as Salt Cay, is a private island located in the Bahamas and a popular tourist attraction. The secluded island is truly a tropical paradise, featuring miles of white sandy beaches, clear blue waters, a hidden lagoon, coral reefs and exotic birds and trees. The island’s beach is home to sea lions, sea turtles and dolphins that you can swim with when you go snorkeling. 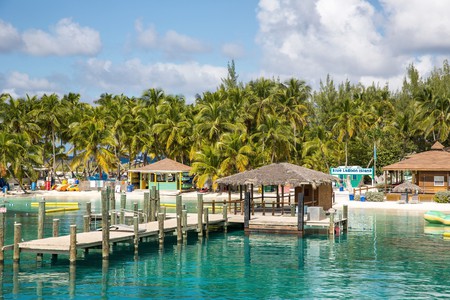 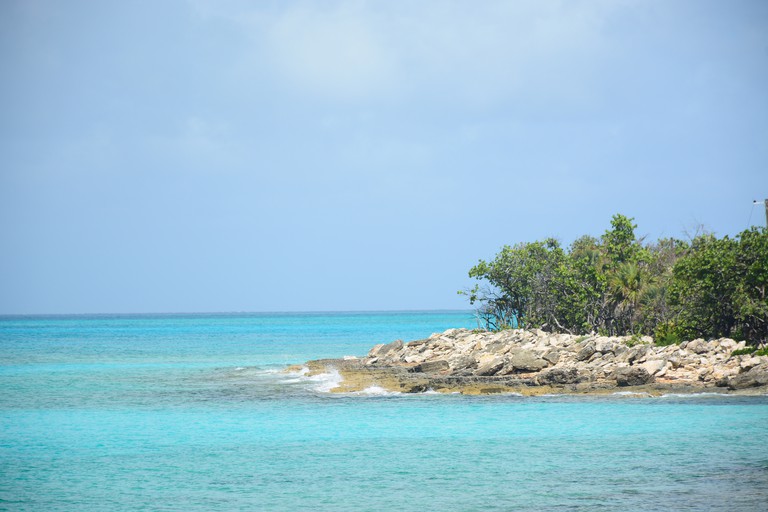 Beautiful beach in historic Clifton Heritage National Park | © photravel_ru/Shutterstock
In 2004, Clifton Heritage National Park was established to preserve the legacies of the Africans, Lucayans and the Loyalists who contributed greatly to the development of the Bahamas. The park features a number of hiking trails, an Amerindian cave, ruins of an old plantation and a private beach with large underwater sculptures, where diving and snorkeling are allowed. Guests can also take a cultural heritage tour to explore the history of the property.

Stingray City is ideal for those who want to experience real adventure while in the Bahamas. The excursion is located in the Great Harbour Cay on the Berry Islands. The tours will take you to the clear waters of Stingray City where the guides will show you how to feed, pet and play with the Bahamian southern rays. You can also go snorkeling and swim with the stunning sea creatures. 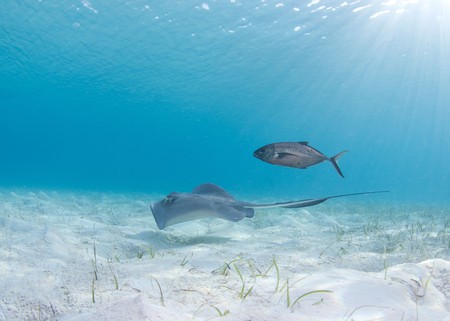 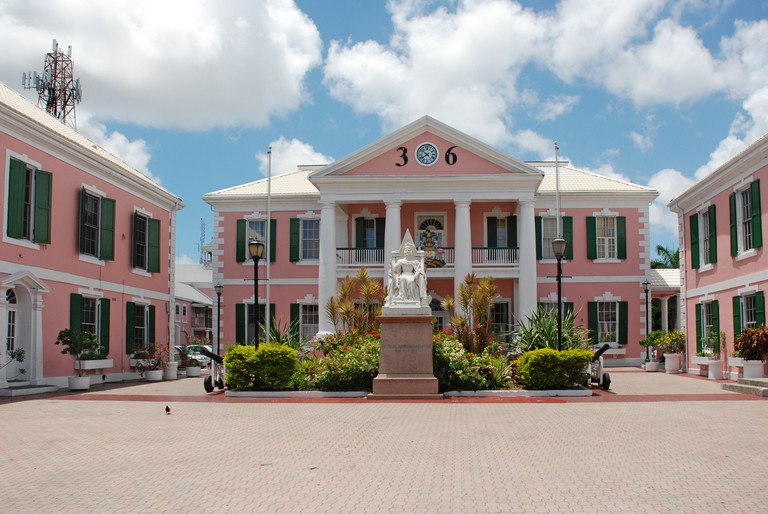 Government House in Parliament Square, Nassau, New Providence, Bahamas. | © Victor Korchenko / Alamy Stock Photo
Located across Bay Street, the flamingo-pink, colonial-style Parliament Square is an important place for locals and a popular tourist attraction in Nassau. The buildings in the square were built in 1815 by Loyalists and are now home to many of the government offices, including the House of Assembly, the Supreme Court and the offices of party leaders. For those interested in Bahamian politics, you can watch sessions of the House of Assembly from the gallery. 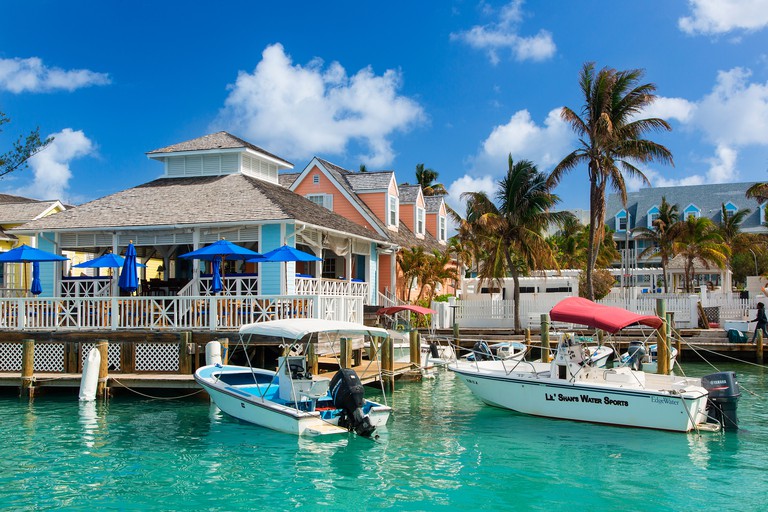 © JOHN KELLERMAN / Alamy Stock Photo
Harbour Island is a tiny, charming island just north of Eleuthera Island in the Bahamas. Although small, it is one of the most visited islands outside of Nassau. The island is known for its beautiful streets lined with pastel-coloured, colonial-style houses and the pretty pink sandy beaches. West of the island, you will find several marinas and coral reefs that are home to stingrays and sea turtles. 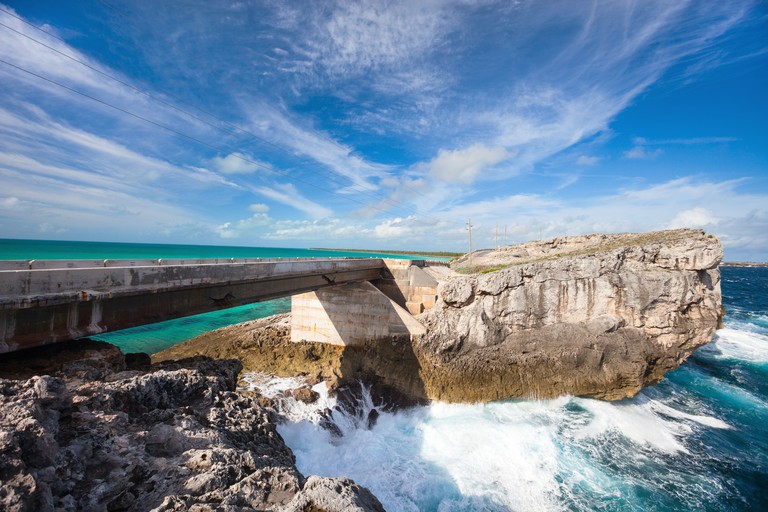 © BlueOrangeStudio / Alamy Stock Photo
Many times referred to as the “narrowest place on earth”, the glass window bridge on Queen’s Highway in Eleuthera will leave you stunned. The bridge was constructed to replace a naturally formed bridge of rock that was destroyed by a hurricane. Underneath the bridge is where two bodies of water meet: the clear blue Atlantic Ocean and the turquoise Caribbean Sea. What is stunning is the clear separation between these two bodies of water that you will notice below the bridge. Visit Eleuthera Island to see for yourself. 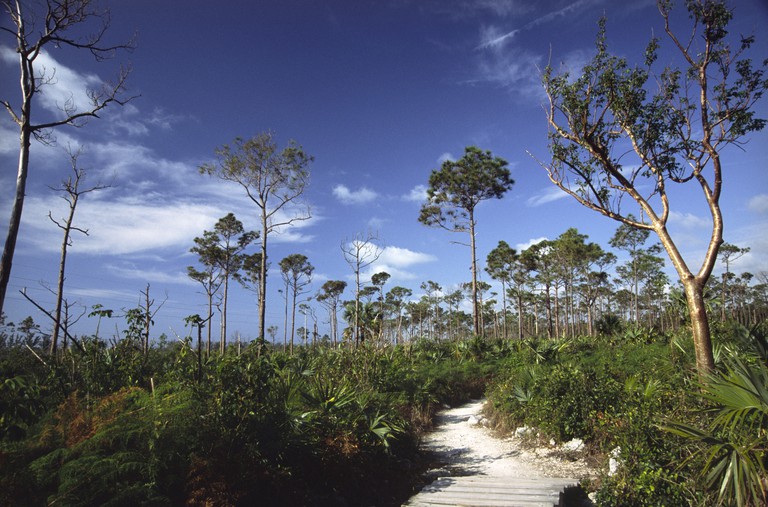 © Danita Delimont / Alamy Stock Photo
Lucayan National Park is one of Grand Bahama’s treasures. The 40-acre park features a secluded private beach, six vegetation zones filled with exotic birds and plants, and a number of nature trails made for hiking. Lucayan National Park is also known for its underwater cave systems, one of the largest in the world. There are two caves on the grounds: Ben’s Cave and Burial Mound Cave. Swimming is prohibited in the caves, but they are open to the public.
Give us feedback