A Guide to Saint-Martin With Julian Prince 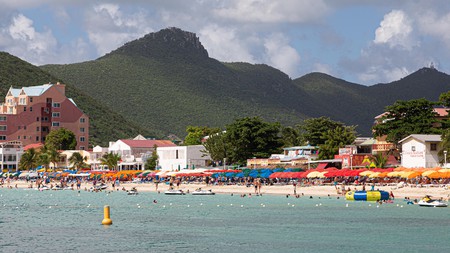 Saint-Martin has a way of luring you in and keeping you coming back for more. Take it from Julian Prince, resident and SXM Festival founder, who has made it his mission to showcase the island in all of its beauty. Here’s how he fell in love with Saint-Martin and how you will too.

In September 2017, Hurricane Irma swept across the Caribbean Islands. It gutted homes, upturned cars and displaced thousands of people – with much of the upheaval concentrated on the half-French, half-Dutch island of Saint-Martin.

Saint-Martin is now in the process of putting itself back together. Hotels that had entire floors ripped off seem to have travelled back in time. Streets that were once submerged under layers of debris are now race tracks for joyriders on quad bikes. 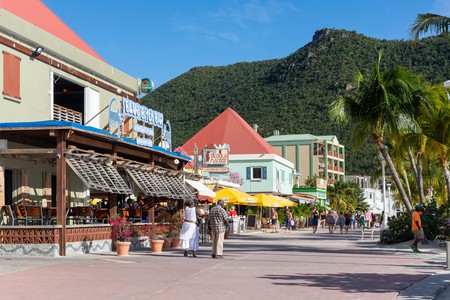 The psychological wounds are still raw, but still, the residents are ready to welcome travellers back to their island, eager to get back to business – none more so than Julian Prince, founder of boutique electro rave, SXM Festival.

“This event was made to rejuvenate the island’s tourism,” says Julian. “It was made to create some social-economic impact, to attract a cool, conscious traveller and bring them here.” And for five nights every year in March, the festival certainly succeeds in doing that.

Since 2016 (with a hiatus in 2018 due to Hurricane Irma), the boutique electro-music rave has become a mainstay of Saint-Martin’s events calendar and shows no signs of leaving. “People come here for beach, sun, sex and fun,” says Julian. But it’s not just that. This island is gorgeous, and the SXM Festival uses these stunning spots to its advantage. Sites are set against the sandy shores of Happy Bay, hidden in the tropical forests of Loterie Farm and perched on coastal cliffs in exclusive villas.

But while the SXM Festival is certainly an opportune time to visit Saint-Martin, there’s plenty more to the island than those five nights of the year. And repeat visitors would agree. “Truly, what happens and why people come back here – it’s because they connect with the local people,” says Julian.

Whether you’re travelling to Saint-Martin to rave or to relax, it’s an island that is itching to be discovered. “When you travel, what happens is that your mind opens because you’re in discovery mode,” says Julian. “The world needs to be discovered.” 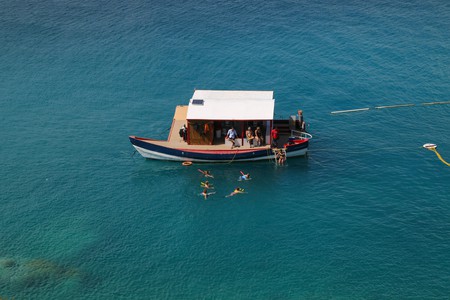 The island is famous for its aquatic activities, which includes reef diving and snorkelling | © Jim Kidd / Alamy Stock Photo

So if Saint-Martin is next up on your bucket list (if it’s not, it should be), here’s how to experience it – according to festival founder, artist and island resident, Julian Prince.

“Everything that’s nautical is amazing,” says Julian. “You can take a boat ride around the island, have lunch in St Barths, go snorkelling, jump off the cliff.” On Saint-Martin, you can’t drive an hour in any direction without running into some large body of water. Whether it’s a pond, a lagoon or a bay looking out onto the Caribbean Sea, you’d best bring a bathing suit with you wherever you go.

Perhaps the most well-known coastal spot is Maho Beach. Situated right next to Princess Juliana International Airport, its claim to fame is its proximity to landing aircraft, which float past at just 30 metres (98 feet) above ground. “You can literally be behind the jet blast,” Julian says of the fence marking the boundary between the beach and the airport. 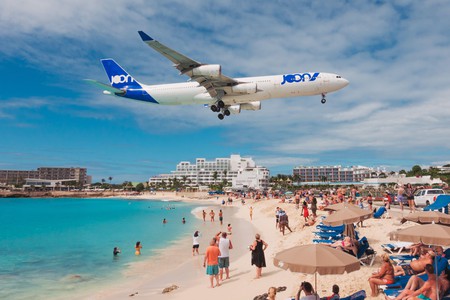 For an experience that is more relaxing and less hair-raising, go west along the coast towards Mullet Bay. Here, you’ll find a Caribbean beach vista that looks too idyllic to be real. With its white powder-fine sand and azure-blue waters, you’d suspect this beach has been photoshopped to perfection. As the sun sets, head farther west to Cupecoy Beach and watch as the sun lights up the sky in fiery shades of red, yellow and orange.

“The number one thing about this island is that it’s always been very much food-oriented,” says Julian. “[Saint-Martin is] known as the gastronomic capital of the Caribbean.” Unfortunately, the local food scene was hit hard by the hurricane. “Even though it’s been two years now, it’s still fresh, and we’re still trying to find out how to rebuild smartly.”

“My favourite meal here is seafood,” says Julian. And one place that does it impeccably well is Ocean 82. Located in Grand Case, this restaurant combines fresh seasonal ingredients with a setting that is ostensibly fine dining, yet at the same time relaxed and unpretentious. 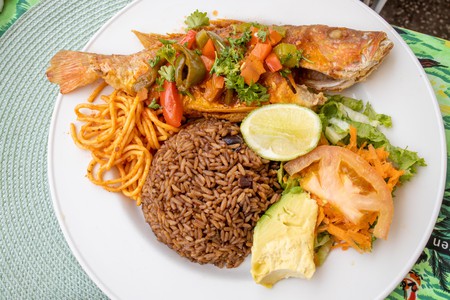 For food with a side of live music, head to Lagoonies Bistro and Bar, an unsuspecting venue for “straight-up legit legit legit drum and bass from London in the ’90s,” says Julian. Situated in Cole Bay overlooking Simpson Bay Lagoon, this shape-shifting restaurant-bar transforms from a peaceful brunch spot in the day to a live-music venue at night, putting on a varied mix that comprises everything from soca to electro.

One way to have a more intimate experience with the island is to rent a private beach house or a villa. “You can ask the people who are hosting you to go and grab you some stuff and cook some meals,” says Julian. Some of the best and most luxurious places can be found in the neighbourhood of Les Terres Basses.

If you can prise yourself away from the stunning sandy shores, you’ll find a decidedly different side to the island in Rambaud – one that is by no means less beautiful. Loterie Farm is a nature reserve and eco-friendly sanctuary that forms the idyllic backdrop of the SXM Festival’s famous Jungle Party. “It’s like paradise,” says Julian. While it doesn’t accommodate overnight stays, you can rent a cabana and spend an afternoon flitting between naps and dips in the pool. Adventure seekers can zipline through the treetops or climb up the hiking trail for incredible views of the Caribbean Sea. 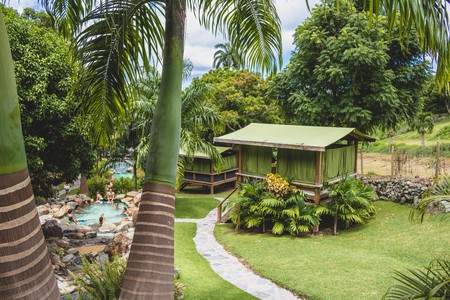 Loterie Farm is a nature reserve and eco-sanctuary, and once a year, it hosts the SXM Festival’s Jungle Party | © Matt Bills / Alamy Stock Photo

Those looking for a more traditional hotel stay should book a room in the Hommage Hotel & Residences. This accommodation sits in Nettle Bay just alongside the lagoon and is within walking distance of Baie Rouge Beach. Studded with artworks, palm trees and peaceful spots to doze the day away in a deck chair, this hotel will take good care of everything you might need for a stress-free stay in Saint-Martin.