With Lin-Manuel Miranda, the Warhol and Rauschenberg Foundations Raise Funds for Puerto Rico 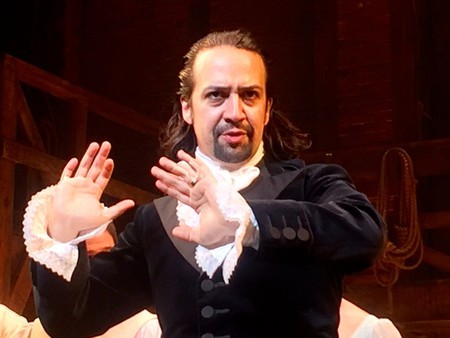 Hamilton and In the Heights composer, playwright, and actor Lin-Manuel Miranda has teamed up with the Andy Warhol and Robert Rauschenberg foundations to donate $300,000 for Puerto Rico relief aid, following the devastating aftermath of Hurricane Maria.

At the end of last month, Hurricane Maria tore through Puerto Rico as the strongest storm to make landfall on the island in eight decades. The tempest displaced thousands of people and took nearly 50 lives. Those who remain on the island now struggle for basic resources such as water and electricity, and many of them happen to work in the arts. 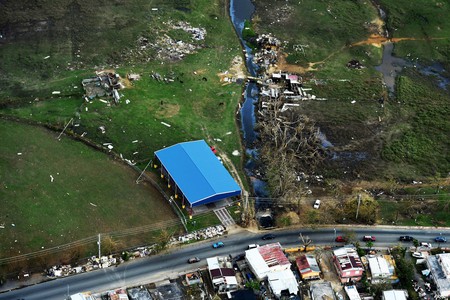 Hurricane Maria damage to Puerto Rico | Photo by the U.S. Department of Agriculture/Flickr

Enter the Andy Warhol Foundation for the Visual Arts, the Robert Rauschenberg Foundation, and Lin-Manuel Miranda. On October 17, the trio announced their pledge to donate $100,000 each to the El Serrucho: Hurricane Maria Emergency Fund, a relief effort created by the local nonprofit organization, Beta-Local.

According to artnet News, “Beta-Local’s Emergency Fund will be dispersed in two waves of relief. The first round of funding will ensure that cultural workers can continue their relief efforts across Puerto Rico, to help rebuild communities and other projects that have begun. The second wave will create grants that will be awarded to local artists to resume practices to enhance the island’s art community.”

Miranda, whose parents hail from Puerto Rico, has been active in aiding the island after Maria, and vocal about his disappointment in Trump’s nonchalance towards the critical disaster.

In early October, he released a single titled Almost Like Praying, which featured Jennifer Lopez, Gloria Estefan, and Marc Anthony, among other star Latin vocalists. One hundred percent of the proceeds go straight to Hurricane Maria relief.

“Almost Like Praying is written from such a place of love for the island, and I think the artists involved responded to that,” Miranda explained. “I think that will do more good in the long run than an angry tweet will—and an angry tweet is good, if it’s justified and righteous. But that’s not my comfort zone, which is to work from a place of love. That’s what I try to do every day.”