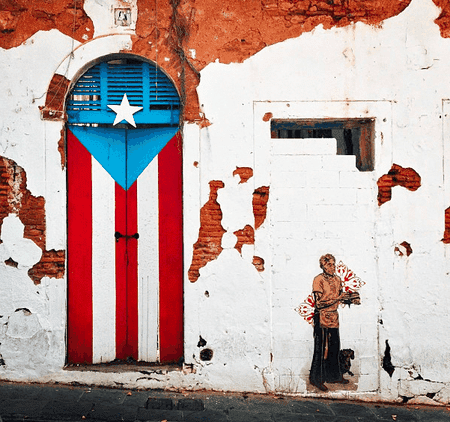 The award-winning writer explores the contemporary identity of his native island in his novel.

I was recently told by a Puerto Rican friend that when the U.S. territory makes news on “the mainland” it is never for a good reason. Prior to the horrific news of Hurricane Maria’s assault on Puerto Rico, which devastated the island and placed it in an unprecedented state of emergency, Puerto Rico was known, at least in American press, for seeking bankruptcy relief after accruing massive infrastructural loan debt, and for the equivocality of its citizens (all of whom legally carry American passports) on the issue of statehood. After Maria, another hurricane struck the island: Trump’s twitter spat with Carmen Yulín Cruz, the mayor of San Juan, in which the U.S. President’s lukewarm regard for its well-being, and the occasional threat to pull aid, fanned a faintly xenophobic yet omnipresent question of Puerto Rican’s status as Americans.

It occurred to me as I followed the news of Puerto Rico how little I knew about it outside of what was covered in the media. Aside from a short story by Puerto Rican writer Esmerelda Santiago that was included in our Global Anthology, all the Puerto Rican novelists I was familiar with set their stories in the United States, particularly in Spanish Harlem. Which is why, in 2013, when the Puerto Rican writer Eduardo Lalo won the Rómulo Gallegos Prize, the Spanish-speaking world’s foremost literary award, the American press was absent to mark the occasion, a habit to neglect Puerto Rico as one of our own.

But after reading Simone, the masterful essayistic novel Lalo was awarded for, I came away not with clarity, but with a better understanding of Puerto Rico’s complex statelessness. Simone is an unconventional narrative, set in the early aughts, and recounted by an unnamed writer who is “condemned to nothingness” and who earns his keep by teaching at the Universidad de Puerto Rico. When he’s not teaching, the narrator often spends his days wandering flâneur-like around the streets of San Juan, jotting down what he observes in a notebook “a little thick” for his hands. His fragmentary notes, at times, read like postcards:

“I see a bumper sticker. It says ‘I am a citizen of Heaven.’ Ironically, the slogan floats above twinned flags of Puerto Rico and the United States.”

“I think about all the times I’ve read or written the concept ‘Puerto Rico.’ Thousands, perhaps tens of thousands of times and yet those words are hardly ever written or read anywhere but here.”

Others observations of the city are like written photographs, noting things such as “Miss Millenium model ads,” “a crowd of men missing legs in their wheelchairs,” “the neopsychadelic decorcation of Cafeteria Los Amigos,” and “the Clock on the Tren Urbano Station.” 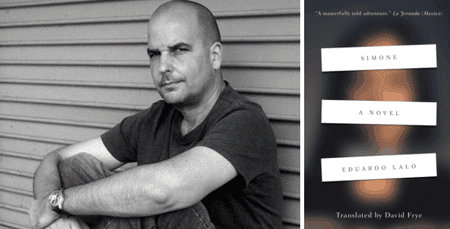 The narrator’s life is taken for a spin when he begins to receive a series of mysterious correspondences—on his windshield, on his answering machine, via email—that quote from writers such as Chinese-born novelist Gao Xinjian and French philosopher Simone Weil (whose first name the unknown correspondent adapts as a pseudonym). An example: “Today I am defeated, as if I had learned the truth.” It comes to light that the person behind them is a comparative literature student named Li Chao who also works as a waitress at a local Chinese restaurant. Despite identifying as a lesbian and serving motives that confound the narrator, the two begin an awkward romance consummated by handicapped sex.

Because we are seeing everything from the narrator’s point of view, we only learn of Li what the narrator learns. What he does find out is that her enigmatic personality and at times preposterous behavior is unsurprisingly rooted in heinous origins that involve family abuses and of being resident on an island where to be other is to be invisible. The narrator’s intense ennui over his isolation is briefly lifted into joy as his companionship with Li buds, until he is suddenly thrust in a position of unwanted savior. Without giving into spoilers, Li’s plight and sudden dispassion for him will leave the narrator in a tailspin.

His romantic frustrations are later discharged, however, into slight jingoism when at a literary party he and a simpatico Puerto Rican writer, Máximo Noreña, tear into a pompous Spanish author named Juan Rafael García Pardo who expresses astonishment at the literacy of Puerto Ricans. Noreña claims that, since Franco, Spanish literature has “done nothing but flounder,” and that Latin America, including Puerto Rico, is “where literature in the Spanish language was revived.” García Pardo rebuffs them. “I detect tremendous frustration in you fellows. Puerto Rico is a small country and that probably has something to do with it.” Soon after García Pardo returns to Spain, Noreña and the narrator learn he has won a literary award.

Simone never neatly settles into resolution, rather it wrestles with notions of inferiority, invisibility, and insignificance that have uncomfortably come to the fore with the handling of aid to Puerto Rico. But it seems more and more that Puerto Ricans, including the millions who live here on the mainland, are finding strength of confidence by standing up to the president. Perhaps the narrator of Simone, and Lalo for that matter, would agree with the contemporary sentiments of Mayor Cruz, who recently told The New Yorker: “I had always been logically proud to be a part of this nation. It is now ingrained in my DNA. Maybe we needed to know that we can’t be looking for others long-term, but we have to look at ourselves and know what we want to become. so that we can build it together. And, whatever we want to become, it has to include everyone.”