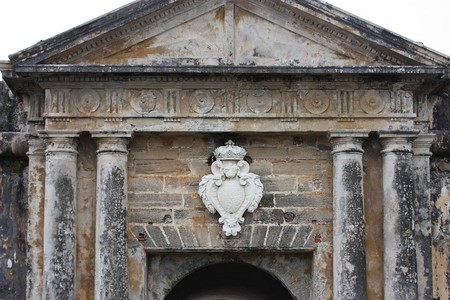 Designed in French tradition of a ‘Vauban-style fortress’, Fort San Cristóbal’s construction was supervised by chief engineer Tomás O’Daly and Juan Francisco Mestre, his assistant. Built under Spanish rule, the fort also served to protect San Juan after Puerto Rico came under possession of the United States. Fort San Cristóbal is one of the most prominent examples the historic district of Old San Juan’s architectural beauties. 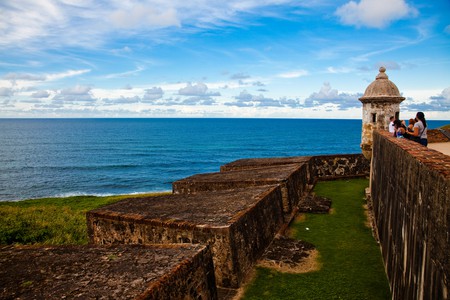 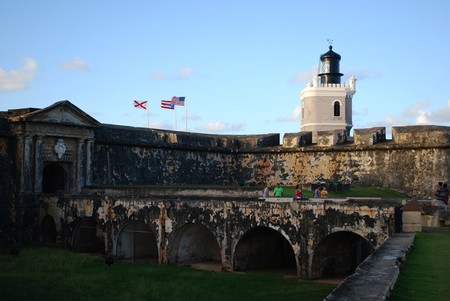 Across from El Morro Castle is the Cuartel de Ballajá, a structure built and used as military barracks for Spanish soldiers. U.S. soldiers also utilized the barracks until the late 1930s, while later it functioned as a hospital. Now the building houses the Museum of the Americas, places to eat, and is a venue for part of the activities at the Fiestas de la Calle San Sebastián. 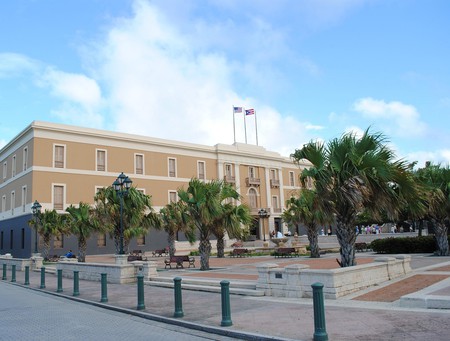 Famous for its red and white striped exterior, the Parque de Bombas (the Old Ponce Fire Station) was built in the early 1880s. The structure was designed by architect Lieutenant Colonel Maximo Meana and became the city’s official firehouse in 1885. Utilized as a museum since the early 1990s, the two-level building was created with Moorish and Gothic Victorian architectural influences. Notable features include the two towers, once on each side, and the stairway inside. 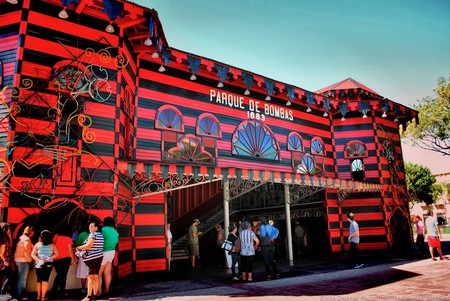 Under Spanish rule, the site of what is now known as the Jose V.Toledo Federal Building and U.S. Courthouse was home to the Spanish fortification the bastion de San Justo del Muelle. That structure, which was built in 1639 stood until 1897. When the U.S. took over Puerto Rico, government buildings were built and James Knox Taylor and Louis A.Simon were the supervising architects of this project; one building opened in 1914 and the other in 1940.

The 1914 building has three stories, and is designed in the Spanish colonial revival style, with a Spanish tile roof and loggias on two floors. The 1940 building was created in Art Modern style, and has two towers and six stories. Named in 1999 after the judge Jose V.Toledo from the District of Puerto Rico, the structure is a noteworthy spot in Old San Juan.

The Yagüez Theater was constructed in Mayaguez by Francisco Maymon Palmer, who brought silent films to Puerto Rico, as a venue in which to show his films. Originally opened in 1909, it was rebuilt in the baroque style to the specifications of architect Sabàs Honoré following a fire in 1919, and listed as a historic landmark in 1976. According to the National Park Service, the theater has been used for grand opera, dance, and chamber orchestra music performances. 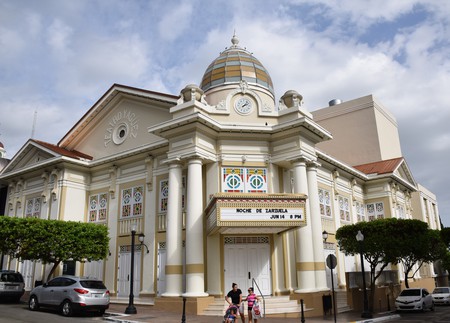