Top 10 Things To See and Do In Isabela, Puerto Rico 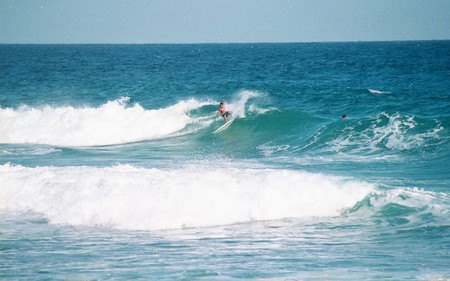 Geographically, Isabela is probably one of the best places to book your stay on Puerto Rico. A coastal town with cliffs and coastal flats and beautiful beaches, it has rivers and lakes and caves to explore, and mountains with peaks as high as 300m (984 ft). This makes Isabela great for nature lovers, but this municipality of just over 40,000 people also accommodates those who enjoy shopping, fine dining, and cultural immersion. Isabela was also well-known for its breeders of game cocks and was a hub of cockfighting on the island. Plan your trip to Isabela to check out these great tourist attractions.

An interesting legend on the island of Puerto Rico is that of the peasant Jacinto and his cow. It is said that Jacinto had his cows grazing in this area, which is now Jobos Beach, and that this particular cow was tethered to Jacinto’s waist. The cow got spooked by a noise, possibly thunder, and bolted and fell into this natural well, dragging Jacinto with him. Since then, when you approach the well and yell “Jacinto, give me the cow!” Jacinto makes the tide rise and the sea angry. But you must say it in Spanish – “¡Jacinto, dame la vaca!” – because that is Jacinto’s only language. Be careful when nearing the well, as it is dangerous. 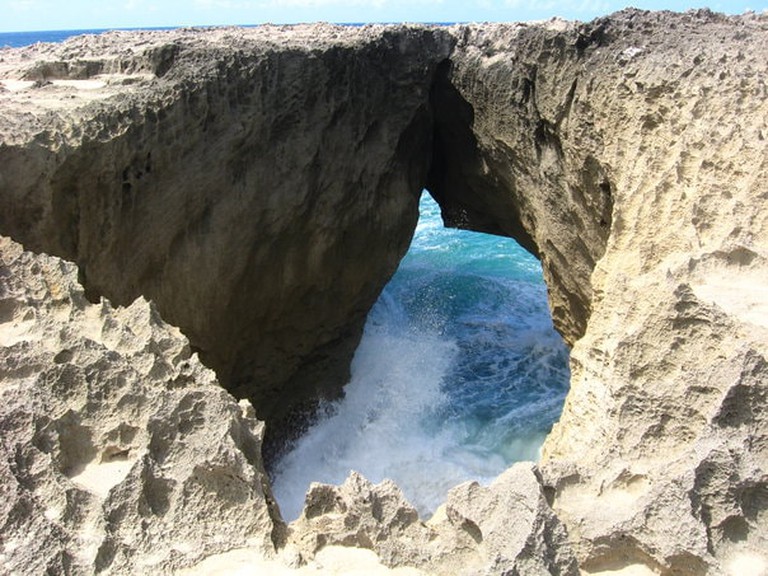 There is yet another well in Isabela that has its own legend. El Pozo Brujo is the Bewitched Well. It is a freshwater well and the legend varies a bit from telling to telling, but the belief is that there are spirits in the well that wish to escape the sea, and that these spirits would sometimes drag Tainos into the well. The Taino would try to escape, but many were turned into the rocks and trees that surround the well.

In the early 1900s the American Railroad Co of Puerto Rico started construction on a rail system, and it serviced the island for the first half of the century. The Guajataca Tunnel was built to connect the municipalities of Isabela and Quebradillas. The rail system, which was mainly used to transport sugar cane from the farms to the processing plants, is long gone, but the tunnel remains and is a fun sight to experience. Offering more great views and photo opportunities, take the short 157m (515 ft) walk through the tunnel and follow the trail to some of the most beautiful beach scenery on the island. The surf is pretty rough here, so be careful if you go in the water. Pack a picnic lunch and spend the day on the beach. 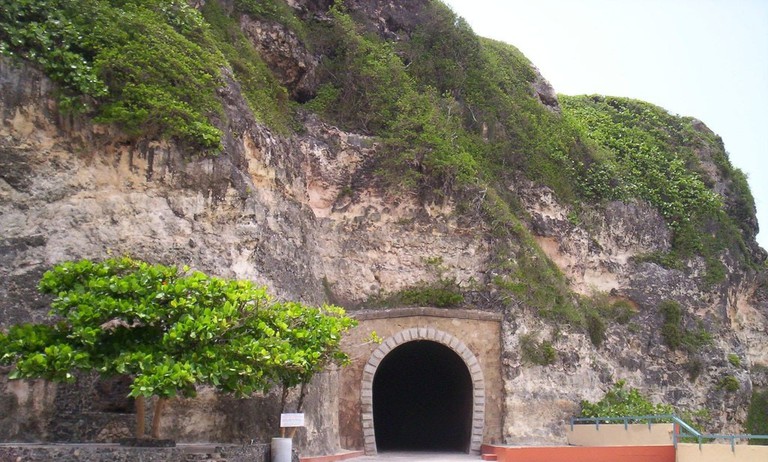 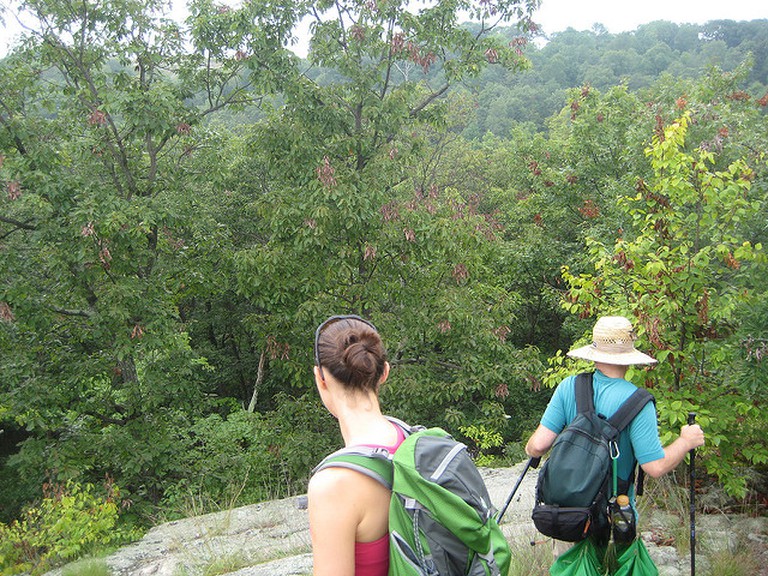 Bosque Estatal De Guajatacat, Isabela | The Turducken/flickr
Isabela is located in the Karst region of Puerto Rico, which is characterized by underground water systems, tunnels, and caves, and results in a dynamic environment. The Guajataca Forest Reserve has over 40km (25 miles) of hiking trails that vary in their degree of difficulty. There are also rivers on which visitors can kayak or fly fish. The cave systems are incredible and the biology there is fascinating as you study how they have adapted to the wet dark environs. Plants are white and the fish have no eyes. Camping sites are available, so perhaps it will be your rustic headquarters as you do all-things-Isabela.
Open In Google Maps
Isabela, 662, Puerto Rico
Visit Facebook page
Give us feedback

Also known as Shacks Beach or Kiquebrado, this out-of-the-way beach is one of the best places for snorkeling in Puerto Rico. There are 300m (984 ft) of reef where you can see coral and many kinds of fish, maybe even some sea turtles. If you swim out to the Blue Hole, the snorkeling is even better. There is a drop where sometimes people have seen manatees. Remember, Isabela is on the northwest coast so this is the Atlantic, meaning the surf is much rougher than the Caribbean coast of Puerto Rico and you will need to be a strong, confident swimmer. This is a very pretty beach to take children to, but not for them to swim in. 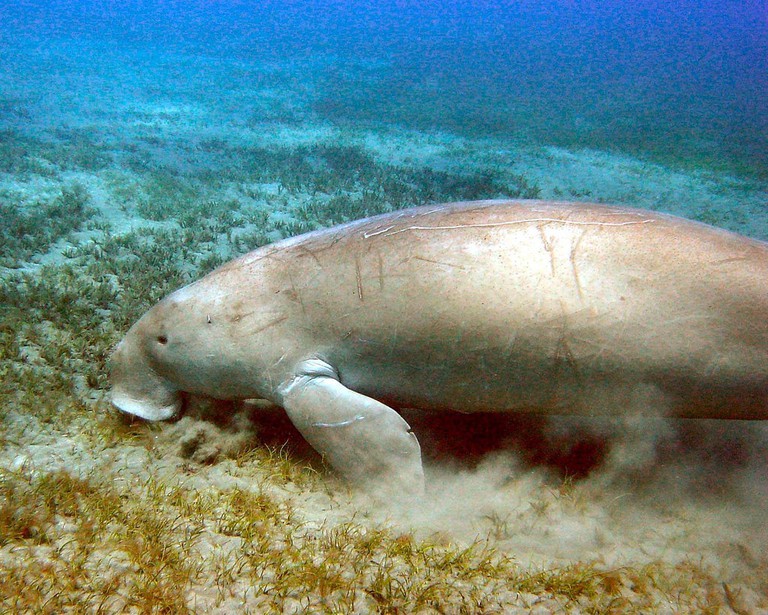 Founded in 2004 by Totín Ruiz Méndez, this photo museum is a graphic history of Isabela from 1725 to the present. Ruiz has about 2,000 photos displayed that are sorted into different categories such as the History of Isabela, the sugar cane industry, athletes of Isabela and newspaper clippings over time, just to name a few. This small museum is in Mr Ruíz’ carport, so it is about 21 square meters (226 square ft) of history and knowledge. A visit here is a fun and educational way to spend a couple hours and ask questions of the owner, and admission is free, just call ahead for an appointment.

As with all Latin cities, the plaza is the hub of Isabela that is built around the church and is home to administrative services for the citizens, as well as a beautiful park at which to meet and celebrate. In 1818, a cross was planted in this spot and around it grew Isabela. This plaza was revitalized in 2004 and now sports a large bandshell and pools and fountains down the center. In 2014, the plaza was host to “Ecofaria 2014” where people gathered to share their passion and information about protecting the natural resources of Puerto Rico, and annually it is the home of one of the best Gastronomic Festivals on the Island. It was cancelled in 2017 because of Hurricane Maria, but keep tabs on their Facebook page for 2018 dates, usually in November.

During the Indigenous Rebellion of 1511, Chief Mabodamaca led his fellow Taino into battle against the Spaniards. Hundreds of his people died, as well as Chief Mabodamaca, who was slain by Spanish commander Diego de Salazar. His face is carved into the rock as a monument to his courage and the spirit of his people. This monument can be found at the intersection of PR-2 and PR-113.

When the Spaniards first came to the area that is now Isabela, they called it La Tuna, and, as is the usual development of a new city, on this spot they built a church, or ermita in Spanish. This church was named San Antonio de Padua. Later the Spaniards decided to move closer to the coast, and thus developed Isabela around the new church they built there with the same name. The site of the ruins of the original church is maintained by the Corporación Mabodamaca, named after the Chieftain in the carving above, and you must call ahead so a volunteer can meet you there to let you in and answer any of your questions. 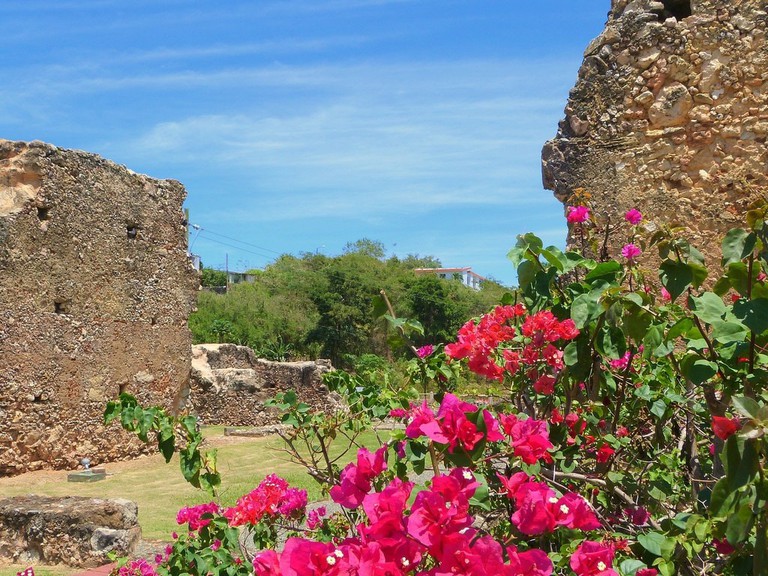 Enjoy a beautiful ride by horseback along the coast with breathtaking views on secluded beaches and through tropical forests. Bring your camera because about mid-way through your ride they will take you for a short hike up to a cliff while the horses rest, and you will have amazing photo opps. The tour will then take you on a different trail back to Tropical Trail, so you will get to see new and exciting things.