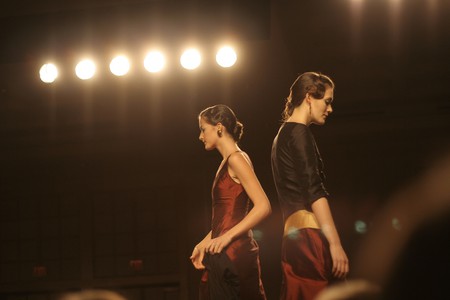 Modeling is a tough industry to break into, and to stay relevant. Puerto Rican models are emerging all the time, and some names you may have heard of already. As you’ll see from its beautiful destinations and Instagrammable streets, Puerto Rico is already an island that possesses astounding beauty in many forms. Speaking of beauty, here are the up and coming model personalities you’ll be seeing alot more of.

Thanks to her thick eyebrows that helped land her a modeling contract, Natalia Castellar first began making headlines in 2016. Now represented by Next Models, Castellar Calvani overcame insecurities and bullying to embrace her natural look, which she’s very proud of. At 17 years old, she’s just starting out and has a distinctive look. You only have to glance at her Instagram stream to see why this fresh-faced model is getting attention. And if that wasn’t enough proof, Natalia already has close to 112,000 followers who love her look.

Currently signed to IMG Models and based in New York City, Monic’s first claim to fame was in 2013 when she was crowned as Puerto Rico’s Miss Universe. The now 27-year-old has certainly achieved model status and she’s already starred in many commercials and campaigns. To keep up with all things Monic Perez, follow her on Instagram or Twitter.

Crowned Miss World 2016 at the age of 19, Stephanie del Valle is the second Puerto Rican woman to win the title. Currently still booked up with her reign and taking a break from studying law and communications, Stephanie has already graced the cover of Imagen Magazine. This Multilingual model speaks Spanish, English and French which can only boost her career once her Miss World year is over.

This model has established herself as a television host and actress, and currently presents Paparazzi TV in Puerto Rico. Mimi has a background in beauty pageants, as do other Puerto Rican models on the rise, having competed in: Miss World Puerto Rico 2008, Miss America 2010, Miss International 2011 and Miss Universe Puerto Rico 2011. Check out Mimi’s Instagram and Twitter pages to stay up to date.

Puerto Rican model Cenit Nadir, is represented by Vision and based out of Los Angeles. On her Instagram account you’ll see lots of Cenit’s modeling pictures, along with scenic views, and the ever popular selfie. Check out why her almost 30,000 Instagram following is interested to know what pictures the young model is posting.

Mariana Vicente was crowned Miss Universe Puerto Rico 2010, in the beauty pageant where she represented the town of Rio Grande. At the time, this blonde 20-year-old beauty was already active in the modeling world, and she has since continued to model, as well as break into the acting world. In 2015, Mariana appeared on the TV show Self/less, and in the movie Joe Dirt 2, to name a few roles. Follow her on social media and peruse photos of Mariana and her adorable dog.

Represented by Photogenics in Los Angeles and Supreme in New York City, Rivera is of Puerto Rican and German descent. So far her work includes runway and print. Nickayla is also actress Naya Rivera’s sister, and she occasionally makes an appearance on Nickayla’s Instagram, as does fellow model, Chanel Iman.

Rivera is represented by numerous agencies internationally, and among his most notable accomplishments in the modeling world are appearances in Vogue Italia and commercials in America, Puerto Rico and South Africa. Elvis also appeared in Jennifer Lopez’s music video for “Worry No More” and the “GUY” video by Lady Gaga. At the moment he’s based out of Cape Town in South Africa. Don’t miss this handsome model’s snaps on Instagram.

In 2012, Vanessa de Roide won the reality show/beauty pageant hybrid Nuestra Belleza Latina. Before her career breakthrough as a result of the show, Vanessa was Miss Earth Puerto Rico 2005, and the first finalist for Miss Universe Puerto Rico 2011. She currently has a contract with Iconic Model Search and has approximately 281,000 Instagram followers.

Last year Mileshka Cortés Bernard fulfilled one of her lifelong dreams when she appeared in a runway show for Yves Saint Laurent at Paris Fashion Week. Not long before the show, Mileshka signed with Elite Model New York and she already looks to have a promising career ahead of her – which includes walking in a FENTY X PUMA runway show. Represented by a couple of agencies, you can see some of Mileshka’s best work over on Instagram.