There’s a New Most-Watched YouTube Video of All Time 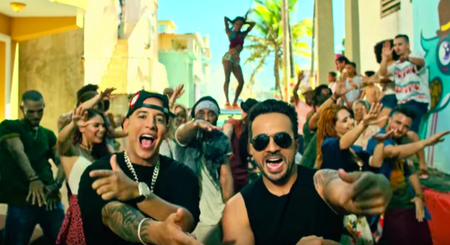 The music video for Luis Fonsi and Daddy Yankee hit song ‘Despacito‘ has become the most-watched YouTube video of all time in just seven months.

Wiz Khalifa and Charlie Puth’s track ‘See You Again’, which featured on the soundtrack to Fast & Furious 7, is now in second place.

That video only spent a month in YouTube’s top spot after dethroning K-pop star Psy’s 2012 hit ‘Gangnam Style’, which had been number one for a staggering five years.

It took ‘See you Again’ two years to reach the number one spot, while ‘Despacito’ did it in seven months.

He said: ‘Thank you YouTube for ‘Despacito’s’ success. I recognise the influence that the platform has. The music industry has changed. The rules of music have changed. And YouTube has a big responsibility, and I recognise it. Breaking the record is overwhelming, and I’m happy to keep [inspiring] others to do the same.’

‘Despacito’, which means ‘slowly’ in Spanish, has been a huge hit since it was released in January with Justin Bieber featuring on the remix.

Last month it was crowned the most streamed song in the world, with global streams of more than 4.6 billion plays.

The song has been number one in 45 different countries including the UK, making it the first Spanish-language song to do so since 1996’s ‘Macarena’.

Fonsi said previously of the track: ‘I come from Puerto Rico and I live in Miami. We’re living in an interesting time right now when people want to divide us. They want to build walls. And for a song to bring people and cultures together, that’s what makes me proud.’