The Story Behind the Puerto Rican National Flag 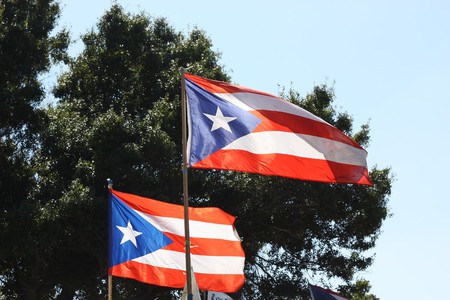 The history of la bandera, the flag of Puerto Rico, is as controversial and enthralling as the story of the island itself: it’s a tale of the island’s fight for independence from Spain, the acquisition of the nation by the United States and its continuing struggle against colonialism. The flag is a symbol of the Puerto Rican people’s resiliency and dignity, most recently after Hurricane Maria, and though there is no clear indication to who created the flag’s design, it is a perfect example of its people working together.

The Puerto Rican flag has evolved throughout the ages, following the island’s struggle for independence. The original flag was flown at the Grito de Lares, Puerto Rico’s first major revolt against Spanish rule in 1868. Back then, the flag was blue on top and red on the bottom with a white cross intersecting the middle and a white star in the top left corner. It is believed to have been based on the flag of the Dominican Republic. 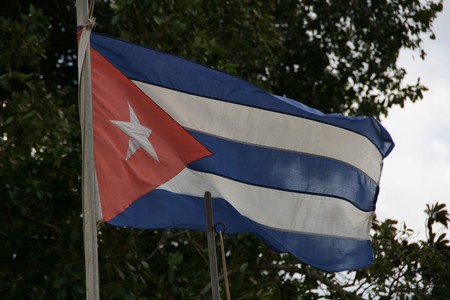 Freedom, but not yet free

In 1957, the Gag Law was repealed and the flag of Puerto Rico was proudly flown. Today’s flag has five alternating stripes of red and white with a white star in the middle of a blue triangle. The blue triangle represents the three branches of Puerto Rico’s government as well as the waters surrounding the island, which is represented by the white star. The red stripes symbolize the blood sacrificed during the fight for independence and is a reminder of the people who fought for Puerto Rico. Finally, the white stripes stand for victory, liberty and peace. 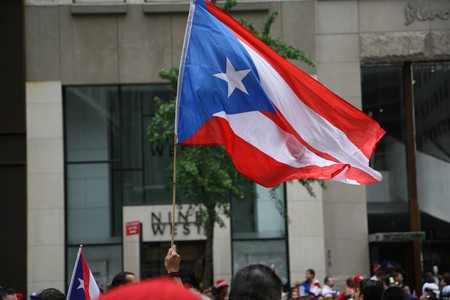 After Hurricane Maria, the flag of Puerto Rico is more prominently seen | © Alex Barth/flickr
Give us feedback