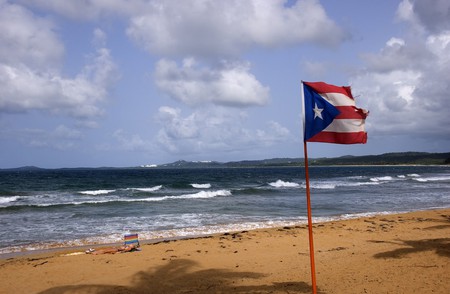 Puerto Rico, the US island territory in the Caribbean, has produced a string of incredibly important musicians. While it might seem like an unlikely musical talent factory to outsiders, there are some good explanations as to why Puerto Rican artists are having so much success.

A history of musical talent

There might only be 3.4 million people living in Puerto Rico, but the island has a proud musical history. From salsa, bomba and plena to more contemporary styles such as reggaeton, there are plenty of influences to draw from. That said, some will say that the crossover of reggaeton into the mainstream United States music market has brought Puerto Rican music into the spotlight.

Pioneers such as Daddy Yankee, Don Omar and Wisin y Yandel blazed the reggaeton trail, with other artists, such as Luis Fonsi, following in their footsteps. Fonsi’s smash hit ‘Despacito’ was the biggest song of the summer in 2017 and created an even greater interest in Puerto Rican music.

Explanations for Puerto Rico’s music success vary and different hypotheses can be found online. Some say that the history of musical culture on the island is reason enough while others claim that Puerto Rican musicians have benefited from close ties with the US, which has made it easy for large populations of Puerto Ricans to grow in cities such as New York and Miami. This made it easier for these artists to access US markets, and the lack of visa restrictions made travelling easier for them than it’s been for musicians from Latin American countries.

Others point to the global popularity of Cuban music in the early 20th century and its role in opening the doors to Afro-Caribbean music styles, as well as the salsa boom of the 70s. The public’s initial familiarity with Afro-Caribbean music created the receptivity that allowed Puerto Rican artists to play such an important role today.

Puerto Rican musicians became household names in 20th-century New York and were also revered across Latin America, helping to cultivate the legend of Puerto Rican music. Whether it’s the Fania-All Stars group from the 70s or contemporary singers like Ricky Martin or Marc Anthony, chances are that you’ve heard a lot more Puerto Rican music than you think. Once you start looking into it, you’ll realize that the island’s status as a musical powerhouse is anything but a new development.