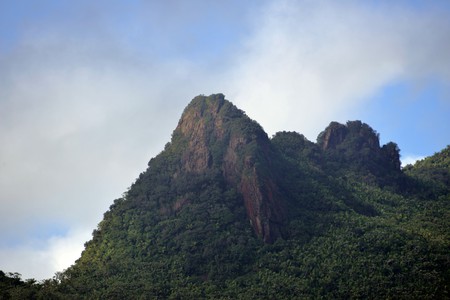 Puerto Rico is home to many beautiful, one-of-a-kind and magical places. While there is much to see and do, it’s important for travelers to know where to go to have interesting experiences, and the following attractions deliver. Don’t forget to stop by some of the following places when visiting Puerto Rico.

Flamenco Beach in Culebra is one of the most well-known beaches on the same-named Puerto Rican island; it’s a beautiful location for swimming and sun bathing. What some people may not know, however, is that there are still U.S. Navy tanks on the beach that date back to before the Second World War. The beach was utilized as a place for testing and training before and during the war, and the tanks were left when the Navy evacuated the island in the 1970s, after locals protested their activities. Sometimes graffiti is now painted on the Flamenco Beach tanks, which are a reminder of the past. 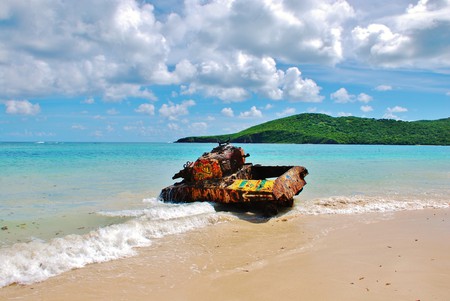 In the same town where the Arecibo Observatory is located, travelers can find a 350-foot (100-meter) statue of Christopher Columbus, called the Birth of a New World Statue. It was erected in Puerto Rico during the summer of 2016, after different cities in the U.S. passed on becoming the sculpture’s home. Created by Zurab Tsereteli, this statue was originally intended to honor Columbus’ 1492 arrival in the “new world.” Notably, this statue is approximately 45 feet (15 meters) taller than the Statue of Liberty in New York City.

Puerto Rico has approximately 270 miles of beaches, and some are more popular than others. Several beaches are secluded, like Playa Escondida in Fajardo, Steps Beach in Rincón, and Zoni Beach in Culebra, where visitors can have more privacy and spend time in a less crowded environment. Picking which beach to visit when there are so many options may be difficult, but it’s a good problem to have. 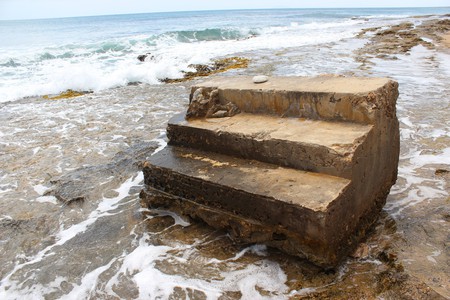 Inside of Puerto Rico’s stunning rainforest, El Yunque, there are the remains of a radar station on one of the mountains. This tropical rainforest is the only one in the U.S. System of National Forests, and reaching the location of the station is possible by car. No longer in use, over the years the station has been dismantled so visitors won’t be able to see it in its entirety, according to Atlas Obscura.

Whether traveling with children or if you’re a big kid at heart, a visit to the Aguadilla treehouse and park might be the perfect activity. Parque de Colón, which is where the treehouse and park is situated, is close to the waterfront and also includes a boardwalk and a playground. The wooden treehouse is probably the most notable feature of this attraction. 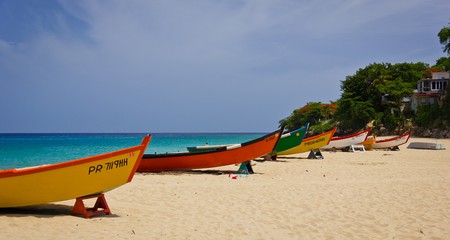 Don’t get this island confused with that of the famous television show of the same name. This Gilligan’s Island is off of the coast of Guánica, Puerto Rico and is open to the public, where visitors can go snorkeling and enjoy the sun’s rays, to name just a few activities. The mangroves here are part of the lush eco system that is found in Guánica, which is near La Parguera and a bioluminescent bay.

Big, yellow sunflowers are a beautiful sight to see, and visitors to Finca el Girasol in Guánica can see an entire field of this bright flower. Take a stroll through this field and snap away with your camera, and maybe even buy some of the flowers yourself. If you can’t make it to Guánica, there is another sunflower “farm” in the town of Isabela. 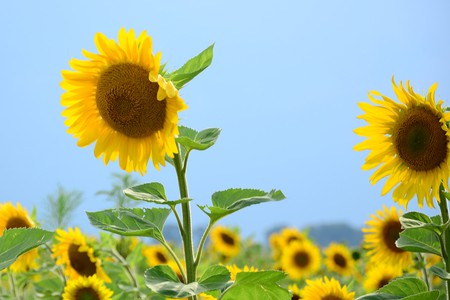 Known as Puerto Rico’s “Pork Highway” by some – due to its population of spit roast joints – visitors can find Guavate within Cayey, in Puerto Rico’s mountainous region. There are numerous restaurants in the area, which is popular with locals for its fun environment in addition to the delicious food. The restaurants can fill up quickly, so it helps to arrive at your desired destination a bit earlier than when you want to eat, especially on the weekends.

The “Galapagos of the Caribbean” is what Mona Island is commonly called, and that’s a nice nickname to have. Located in the Mona Passage between Puerto Rico and the Dominican Republic, this stunning island is a natural reserve with important flora and fauna on site, like the Mona Ground Iguana. If you’re interested in the adventure that is a visit to an unpopulated island, make sure to plan your trip ahead of time. A natural treasure, visitors must be careful while there. 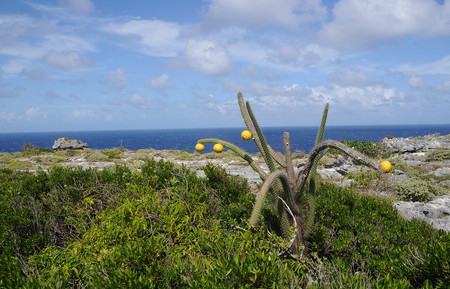 The protected Mona Island is a haven for rare and unusual wildlife | © U.S. Fish and Wildlife Service Southeast Region/Flickr

The Túnel de Guajataca is its name in Spanish, and the Guajataca Tunnel dates back to the early 20th century when Puerto Rico was newly under United States rule. Leading to a beautiful beach, this railroad tunnel is approximately 560 feet (170 meters) long and was declared a historic landmark in 2000. Due to the way the tunnel was constructed, very little light passes through, earning it the nickname “El Túnel Negro,” or “The Black Tunnel.”