The Most Beautiful Waterfalls in Puerto Rico 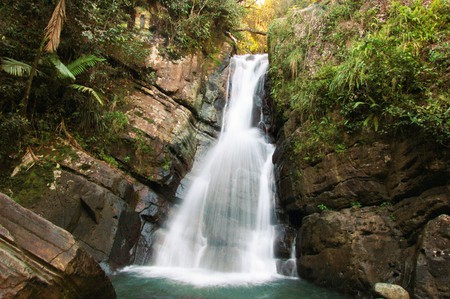 El Yunque National Rainforest is a rich, natural environment, so it should come as no surprise that arguably the most beautiful waterfall in Puerto Rico, La Coca Falls, calls the area home. At the same time, there is a surplus of beauty since there are other picturesque waterfalls throughout the island that visitors can also visit. Hike to the waterfalls, disconnect from the rest of the world for a couple of hours, take in the view, and enjoy your surroundings.

The 85-foot (26-meter) La Coca Falls is situated near road PR-191, close to La Coca Trail. According to Go See PR, the waterfall is easily accessible for rainforest visitors, features a unique rock surface that appears very smooth, and is a favorite spot to capture on film. When making your way to this waterfall, just like any other attraction in El Yunque, remember to wear appropriate footwear and follow the safety tips provided by rainforest employees. 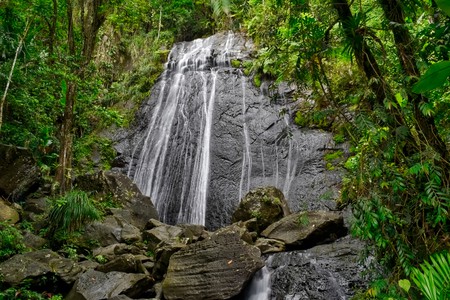 One of the trickiest waterfalls to get to on this list, it’s necessary to drive on a winding road in the mountainous area of Maricao and then hike to the water. While it may be a trek to get to, it’s worth it as the Salto Curet Waterfall makes for a pretty sight. To get close to the falls via car, take Road 105 until you reach kilometer 28. A sign for the waterfall will then be visible on the other side of a bridge, according to Puerto Rico Day Trips; turn right on Road 425, and keep going until the end of the road.

Cascada La Mina, or La Mina Waterfall, is found toward the end of La Mina Trail, which follows La Mina River. According to the USDA Forest Service, to get to the waterfall via the trail, it’s necessary to cross the river a few times by way of bridges, which offer scenic views of various cascades and pools of water. La Mina Trail is very popular, so visitors can expect to see many other guests at the waterfall as well. 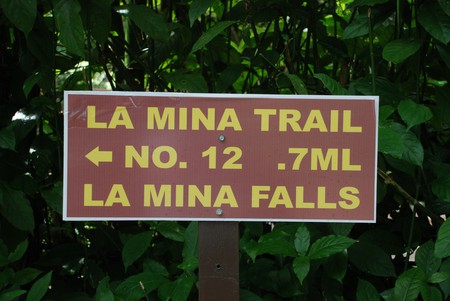 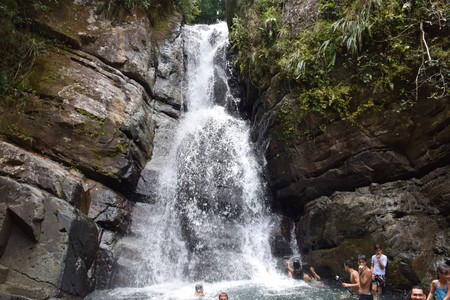 Like the other beautiful waterfalls in Puerto Rico, Las Cataratas, which has several nicknames,is a natural gem. Drive on Route 152 and stop around kilometer 18 where there is a notable restaurant by the same name from where patrons can see part of the waterfall in Naranjito, found in north-central Puerto Rico.

Located in Orocovis, toward the center of the island, is the Doña Juana Waterfall, whose water originates from the central Puerto Rican mountain range. Its name roughly translates to “Mrs. Juana,” and it’s easy to access since there’s no hiking necessary—the waterfall sits next to a road, on Route 149, at kilometer 41.5. A nearby attraction for adventurers is the Toro Negro State Forest. 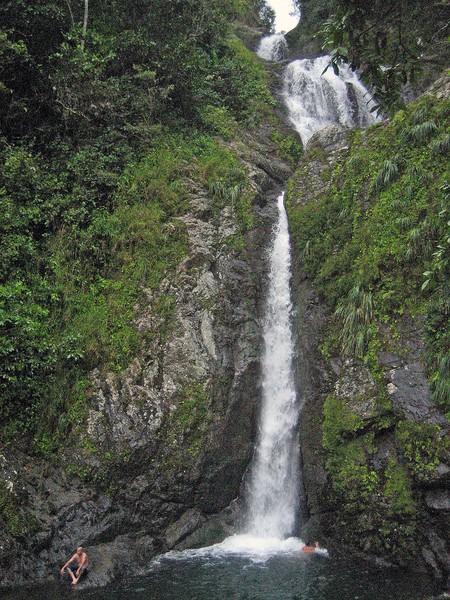 Fed by a couple of streams and located off of road PR-191, past smaller falls and toward the trail’s end, the Juan Diego Waterfall features relatively shallow water in comparison to other waterfalls in El Yunque; therefore, swimming may be easier at other falls. However, since this waterfall is a bit secluded, it’s an ideal location for those visitors who want to avoid large crowds. 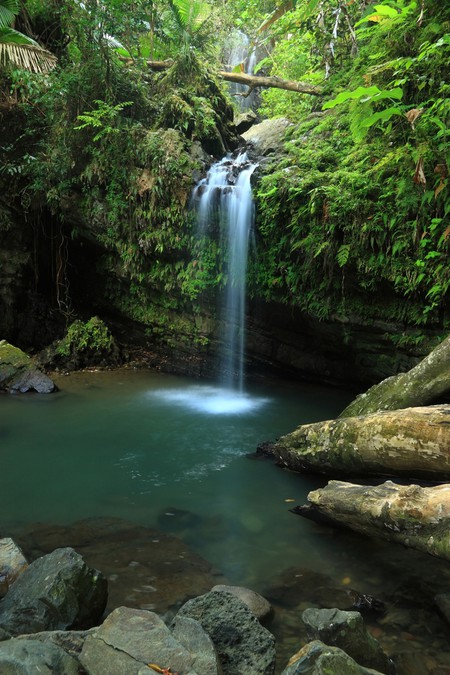